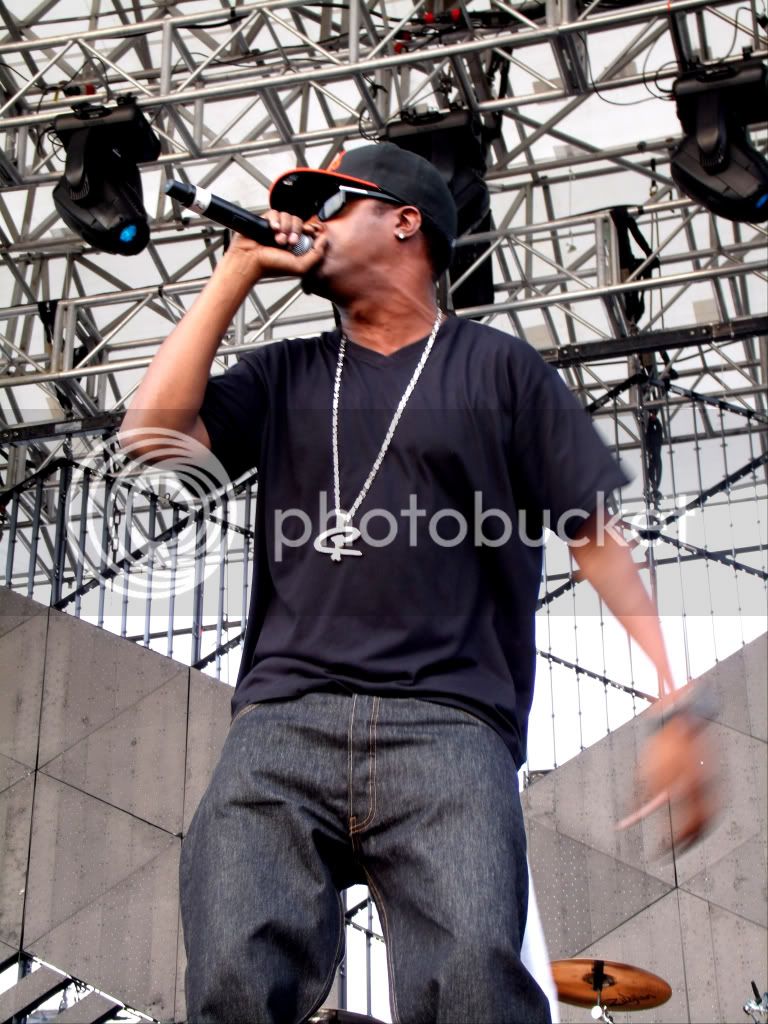 Big Boi took the stage in the late afternoon on Governor’s Island. Characteristically late, it took an Atlanta Braves chant from the crowd to finally get Big Boi to emerge from backstage. Big Boi was joined on stage by a drummer, DJ Cut Master Swift (not to be confused with legendary UK DJ, Cutmaster Swift), and fellow Atlanta rapper, C-Bone.
Despite having an hour long set, Big Boi seemed to fly through his set. He kicked off the set with some classic Outkast including “B.O.B.”, “Git Up, Git Out”, “Southernplayalisticadillacmuzik”, “Ms. Jackson”, “So Fresh, So Clean”, “Two Dope Boyz (In A Cadillac)”, “Elevators (Me & You)”, and “Rosa Parks.” After doing pretty much every classic Outkast joint any member of the crowd could yell out, Big Boi moved into his solo catalog.
His sampling of solo material included “The Way You Move” and “Ghetto Musick” from Speakerboxxx as well as “Follow Us”, “Shutterbugg”, “General Patton”, “Fo Yo Sorrows”, and “Shine Blockas”. Because C-Bone was there, Big Boi let him perform a song which noticeable no one in the crowd knew nor did many seem to care about; it was seemingly the only moment of the show where some of the crowd turned. Big Boi brought it all back together by then performing “Kryptonite” which featured C-Bone on it.
Before the end of the set, Big Boi invited female members of the crowd on stage to perform “Tangerine.” The largely white crowd on stage did not feature many women who could indeed “shake it like a tambourine” which was a little embarrassing for all involved. Big Boi then closed his set with “You Ain’t No DJ” which featured some impressive cutting from DJ Cut Master Swift.
MP3: Big Boi featuring Andre 3000 and Sleepy Brown “Looking for Ya”