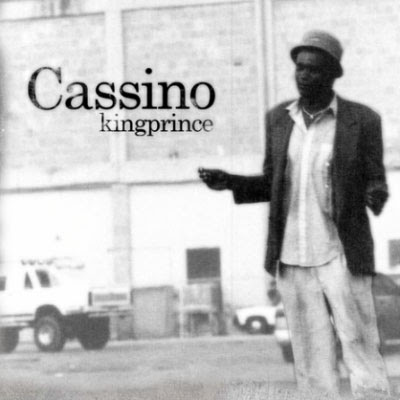 Cassino: Kingprince
When Alabama rock group Northstar broke up, band mates Nick Torres and Tyler Odom joined together to form Cassino. With Odom out of the group, Torres focused on carrying the band with Edward Puckett. The two create a sound that is very different from Northstar, but still enjoyable.
Kingprince was released digitally back in 2009 but was available as a CD earlier this year. The twelve track album focuses on the duet style of guitar play by Torres and Puckett. They are accompanied by other instruments when the need comes in.
Kingprince is mostly a folk album with hints of pop/country in it. All the songs are built around the harmonies of both Nick and Edward playing their guitars in typical folk fashion. Interspersed throughout the album are the harmonica, banjo, mandolin, drums, and other instruments to give it a full band feel.
For the most part, the tracks are down tempo. They all seem to tell some story, putting you in places that seem garnish sad moods. Songs like “Amelia” are quite beautiful, but with lines like “The cold old floor just creaks, and croons, and aches as mistakes stampede underneath” it starts to take a toll on the listener. In and of itself, the song is fine. But listening to about eleven of these songs one after another can put you in a melancholy mood.
Perhaps the best song on the album, the self-titled “Kingprince” plays as a poppy folk song. The guitars do well to harmonize and the harmonica comes off as warm and uplifting. Still a slower paced song, its not as sad as the others.
Unfortunately, “Kingprince” by Cassino becomes one long album filled with more of the same. To take in the music a few songs at a time can be quite enlightening. Feeling bombarded by one sorrowful memory after another kinda makes me feel down. For fans of Northstar, you might have to look elsewhere for the sound you enjoyed. This is definitely another region of Nick’s musical interests that you may not find pleasing. Still, the album is solid save for that folksy sadness that is at the core of their creativity.
Rating: 5.2/10
MP3: Cassino “Kingprince”
Buy: iTunes