The last time the Flaming Lips were in CT was over three and a half years ago and yet my recollection of even the smallest of details remains vivid and fresh. This is testament to their striking theatrical live show that rivals the spectacle of just about any other touring act today. The summer of 2013 show featured Jason Pierce’s (a.k.a J. Spaceman) Spiritualized as the opening act, while 2017 took an entirely different angle with noise arsonists A Place to Bury Strangers (APTBS). As the trio of Oliver Ackermann, frontman and founder of APTBS, Dion Lunadon, and relative newcomer Lia Simone Braswell on drums took to the stage, the strobes and smoke machines followed immediately behind them. Known commonly as the “loudest band” from Brooklyn, APTBS’ pounding riffs and drum strikes were as unrelenting as the incessant flashing lights and near asphyxiating amount of smoke. APTBS followed the trajectory of an inverted bell curve, starting and finishing while firing on all cylinders but found somewhat of a tedious midpoint during the near 60 minute set. The highlight was unquestionably their improvised 15 minute finale following their most structured and shoegaze oriented “I Lived My Life to Stand in the Shadow of Your Heart” from their 2009 album Exploding Head. Overall, APTBS were an intriguing opening act for the Flaming Lips and offered glimpses of their appeal but were at times a bit inconsistent. The Flaming Lips were present even before they took the stage, this time in the form of giant inflatable toadstool mushrooms. Two brightly colored red topped mushrooms were tethered to the railings on either side of the venue, popping up among the crowd like inflatable psychedelic Christmas lawn ornaments. There were also dozens if not hundreds of what initially looked like ropes hanging from the rafters just above the stage. My guess was that these were either led strip lights or bundles of fiber optic filaments, my first guess was confirmed as lead prankster Wayne Coyne led his band of misfits like a conductor with his arm outstretched overhead during the opening number of “Race For The Prize.” As the vocals and orchestration coalesced the visual madness ensued. From “Race to the Prize” to “Yoshimi Battles the Pink Robots, Pt. 1” the Lips were in rare form. Rumor had it that something was up for the third song…and sure enough, as they had done during their performance on Colbert the night before, out came the illuminated unicorn with Cowboy Coyne atop the glowing single horned pony. As stage hands guided him through the first 10-15 rows of the audience on the back of the mythical equine, Coyne’s vocals washed over the crowd backed by a mesh of synth bursts and bass lines and steady drum beats from the pair of drummers employed for this tour. I will say, despite hearing “I don’t really listen to them, but I go to all their shows” numerous times among audience members, I think their new album Oczy Mlody is their best since 2002’s Yoshimi Battles the Pink Robots. Case in point, just prior to the most memorable cover of David Bowie’s “Space Oddity” I am sure to witness in my lifetime, was the standout cut of the evening, “How??”. As with much of the content from Oczy Mlody, the Lips mix a chorus of reverbed instrumentation with thick crunchy electronics while Coyne’s voice floats high above the terrestrial mix of analog and digital sounds. As I just alluded to, the cover of Bowie’s “Space Oddity”, while perhaps heavy in gimmick, was out of this world. As Coyne stepped into a heaping mass of translucent plastic, the band began jamming familiar sounding notes and chords though nothing universally identifiable until the mass had inflated around him into a self contained sphere. Coyne launched into the opening two lines to a raucous applause from the audience: Ground Control to Major Tom. Ground Control to Major Tom. As soon as the words “This is Ground Control to Major Tom” were sung, Coyne rolled off of the stage, over the audience, and out onto a small platform toward the middle of the venue. He remained their performing the remainder of the song while rolling back onto the stage for the final stanzas. The way the spotlights illuminated him and his bubble was so fitting, even if a bit literal. They finished their set with the crowd pleasing “A Spoonful Weighs a Ton” only to give the audience what they really wanted with an encore of “Do You Realize??”. Look, say what you will about the spectacle that is a Flaming Lips show, but even this oft jaded music journalist was smiling ear to ear while giant balloons crashed into my head and lens as I tried my best to document the madness. Stop taking yourself so seriously and go have fun at a Flaming Lips show in your area as they continue their 2017 North American tour through May before heading off to Europe. I mean after all, what other band will craft a giant one piece custom metallic balloon that says “Fuck Yeah INSERT YOUR CITY HERE”? 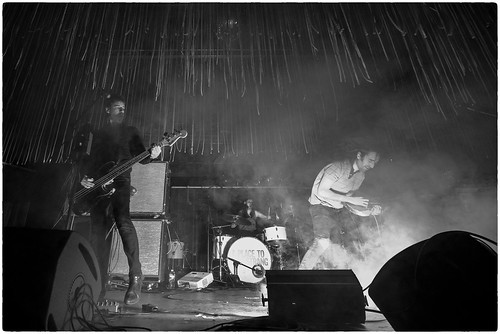 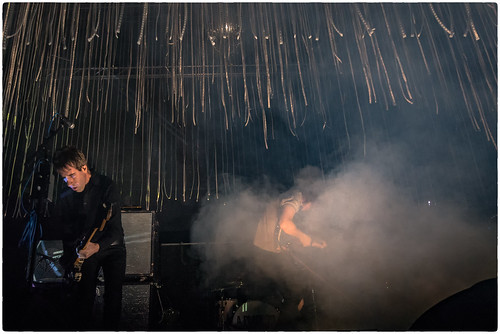 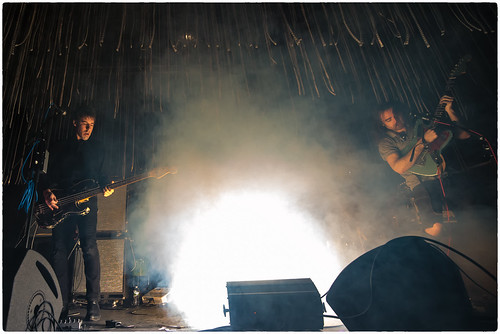 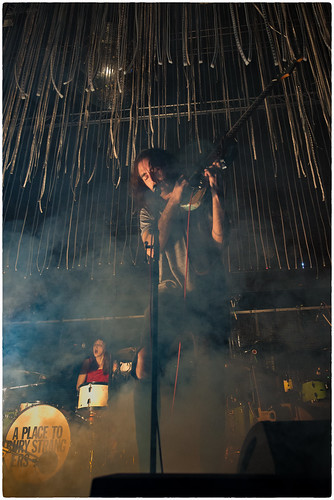 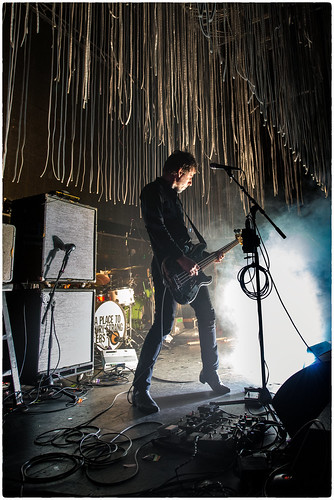 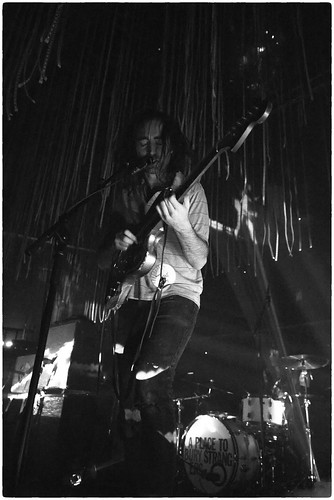 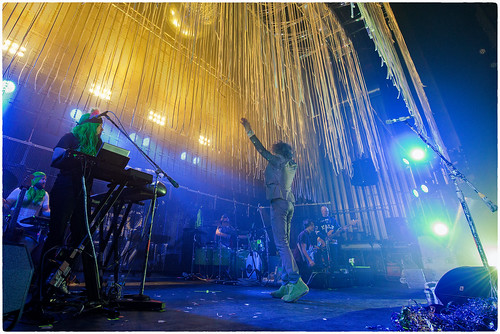 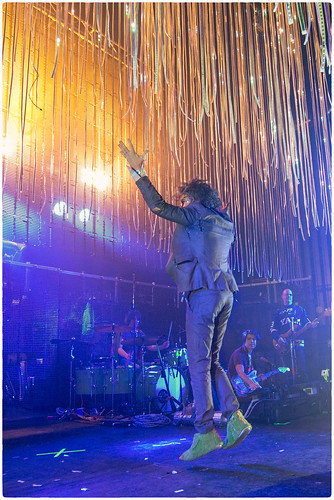 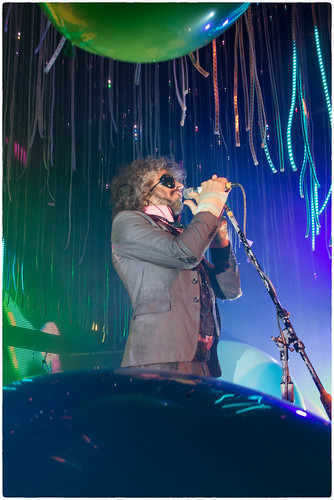 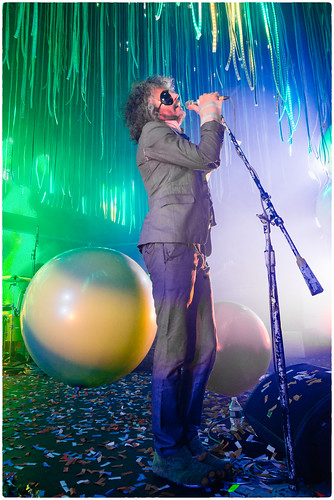 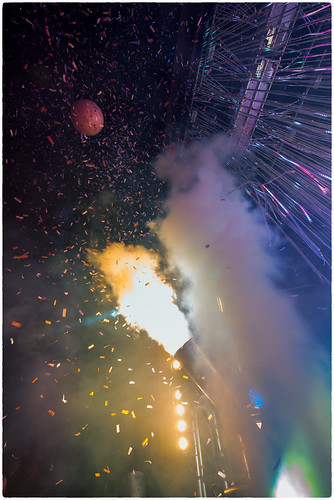 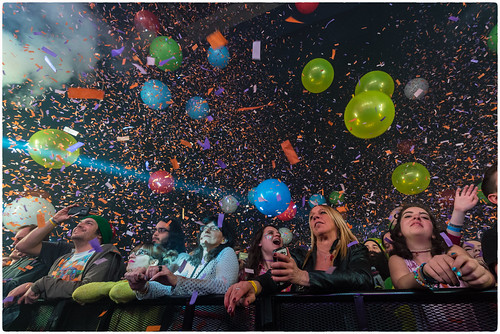 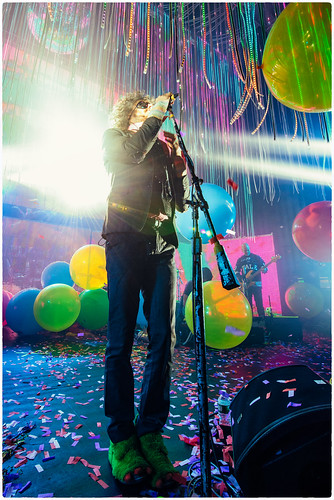 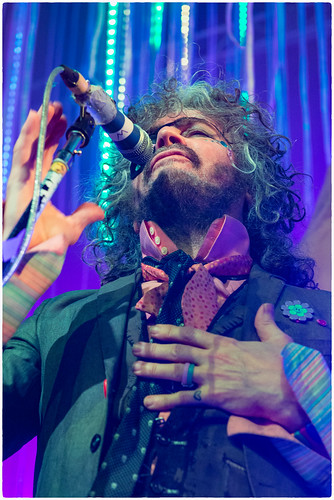 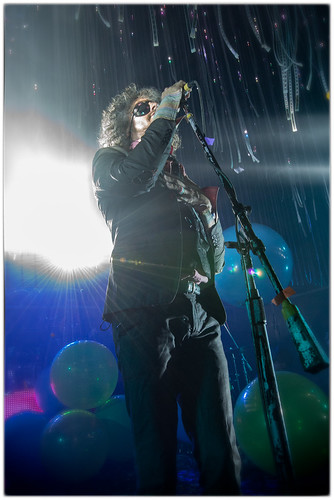 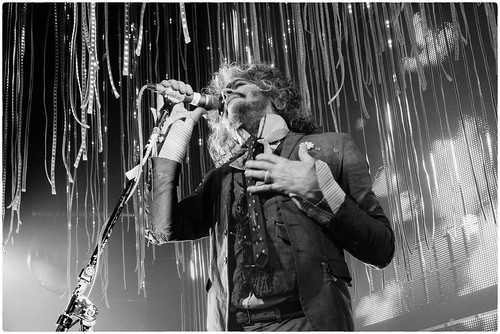 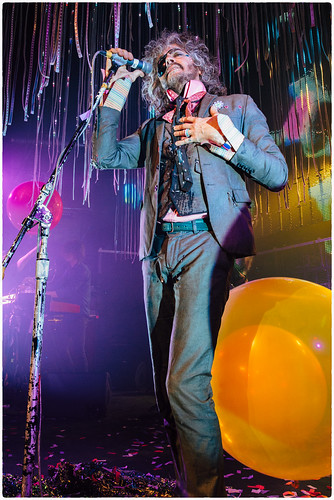 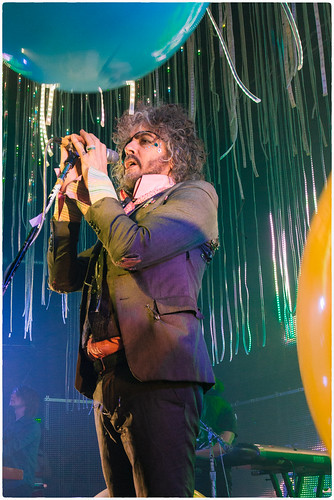 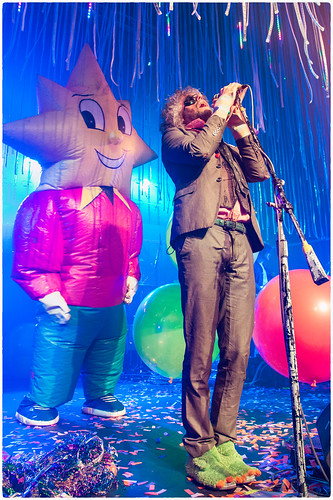 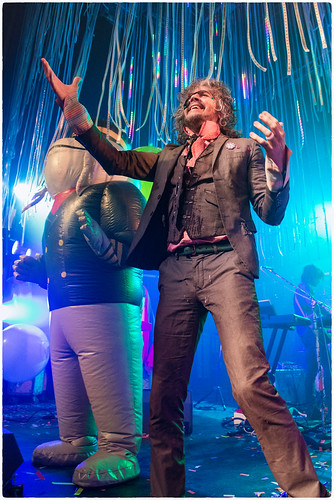 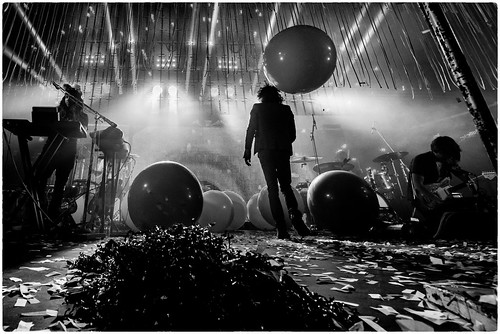 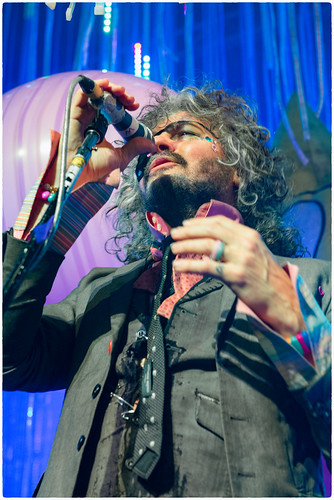 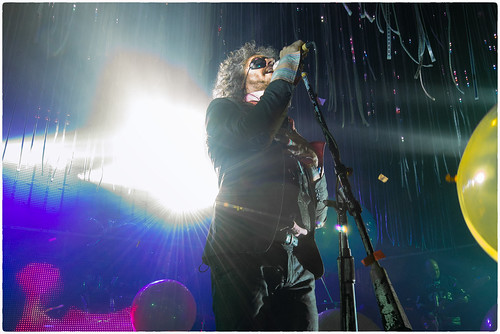 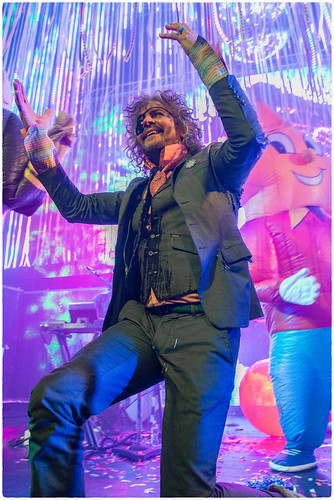 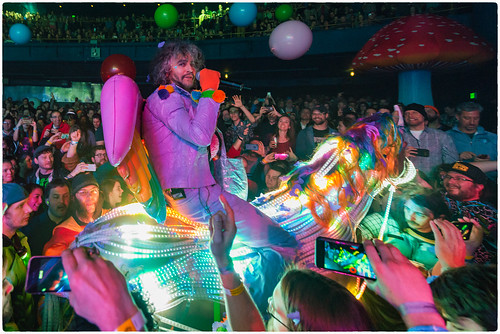 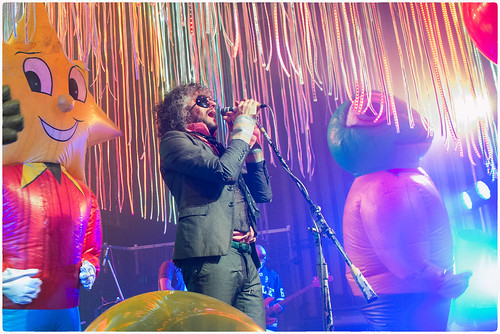 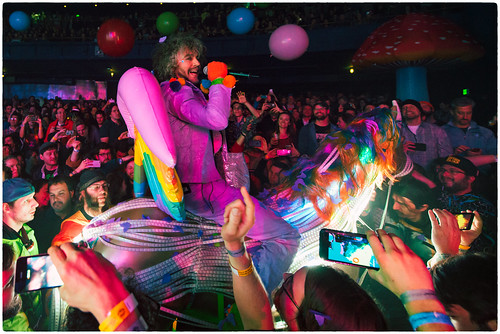 Setlist:
Race for the Prize
Yoshimi Battles the Pink Robots, Pt. 1
There Should Be Unicorns
Pompeii Am Götterdämmerung
What Is the Light?
The Observer
How??
Space Oddity
(David Bowie cover)
Feeling Yourself Disintegrate
The Castle
Are You a Hypnotist??
The W.A.N.D.
A Spoonful Weighs a Ton
Encore:
Do You Realize??