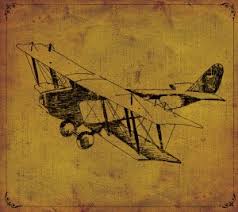 Leland Sundries: The Apothecary Ep
Being compared to some of the most famous people to have ever lived isn’t always a good thing. It is one thing to be compared to Da Vinci. It is quite another to be called the Redneck Da Vinci. While the former tends to mean that one is quite intelligent and creative, the latter means the same in a disingenuous way. Turning you John Deere tractor into a deli slicer doesn’t carry the same meaning as designing a type of helicopter.
Now, lead singer for Leland Sundries, Nick Loss-Eaton, has a voice that compares to Lou Reed’s. In this aspect, I’d say it works the former argument I’ve already established. Yet, I’d have to say that there is a bit of the latter argument to make as well.
I don’t consider Loss-Eaton to be the worst vocalist I’ve ever heard. I do think that he lacks a certain presence at the microphone that Lou Reed had plenty of. I always felt that even when Reed was singing with melancholy he still sounded upbeat, and trying to entertain. With Loss-Eaton, I really feel that his performance is one to share some depression rather than entertain.
The EP opens up with “Elegy”. We encounter a nice, locomotive-like, banjo strumming with a really warm undertone created by an acoustic guitar. And then Loss-Eaton joins the fray. The instruments get lost behind his voice trying to tell a story of a battered place with much to lament, think of the Dustbowl era. And yet, he sounds bored and I can’t help but start to feel the same.
The chorus carries some optimism with the line “The windmill keeps on spinning”. Things keep moving even in the bad times. Change is on the way, but Loss-Eaton’s message seems to be that you may not get to see it with his downtrodden voice.
“High On the Plains” has a great, uplifting, southern rock feel to it. But again, the vocals don’t do much to add to the song. He doesn’t seem to have a real message. The best way I can describe it would be to say he’s telling us about a Landscape painting he’s looking at. Only, he’s literally telling us what’s there and not what the artist is really trying to say.
And “Oh My Sweet Cantankerous Baby” is one way I could describe the whole album. The last track is waltz, albeit a sloppy waltz. And that’s what I feel while listening to all the songs. There’s a hint of slight drunkenness to it with disinterest in what’s going on.
Musically, the band goes from folksy, to bluesy rock, and even hints of that southern rock that screams of pure America. Time Out New York describes the music as “oddball storytelling with a lo-fi country sensibility”, but I don’t see any sensibility at all. And Albany Times-Union called them “dark and mysterious”. I don’t see the mystery, more misery. They are dark, but not in that Ozzy Osborne “Prince of Darkness” way.
Overall, I appreciate the effort. I just don’t see a huge audience for this. The way I’ll always remember this album is with the chorus from that final waltz it ends with. The two singers each sound like animals dying in the far off distance, calling out to each other so they’re not completely alone.
The EP came out October 5th through upstart L’Echiquier Records.
Rating: 3.3/10
MP3:Leland Sundries “Oh My Sweet Cantankerous Baby”
Buy: iTunes