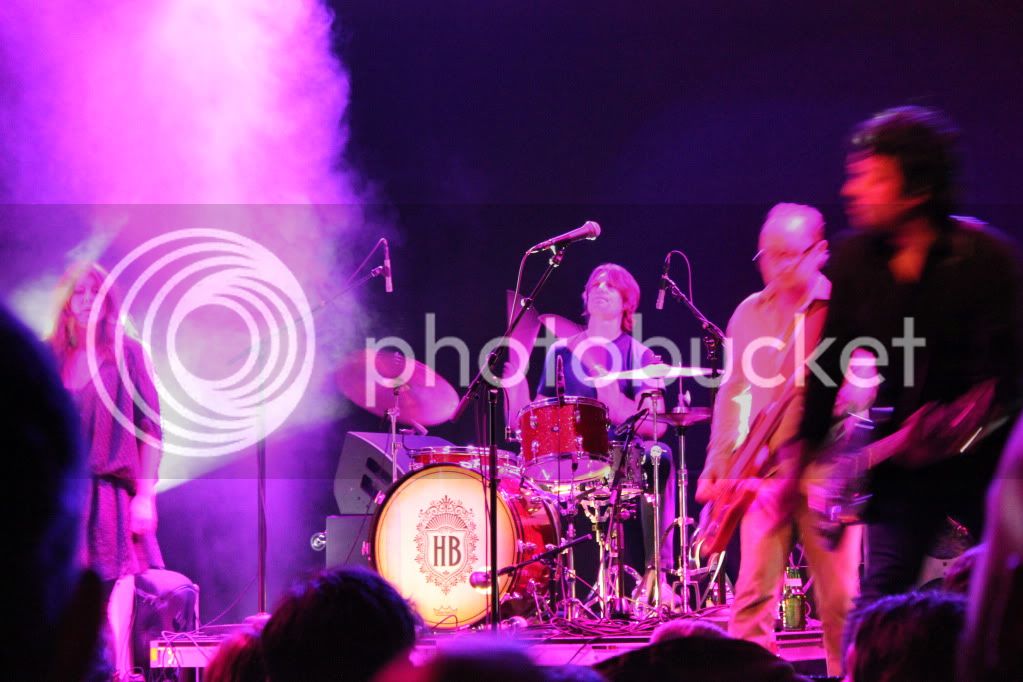 Concerning the Heartless Bastards, I hadn’t been so excited to see a band play live since the Pixies reunion back in ought four, and at a brand new venue no less! But therein lies the problem with expectation, it sets very high standards. While I wasn’t expecting the Union Transfer to burn down, a street riot, or the over-throw of Russia I did expect a little bit of magic, something to send me reeling and singing the Bastard’s praises. Unfortunately, it just didn’t happen last night.
After the passable opening acts, David Therriault and Hacienda, Ms. Wennerstrom led her group onto the stage without much show or introduction, launching directly into favorites off of Mountain and Stairs and Elevators. Initial crowd reaction was subdued if not fully approving, but as the Bastards segued into tracks off of their latest release Arrow, there was a noticeable shift in audience response.
Arrow is by far the Bastard’s best work. The growth of their strength in recording combined with the experience of several years touring under-belt shines upon listening to the hard format. However, due to its recent release date it became apparent much of the crowd was not yet familiar with the record, and so response and even attention began to wane.
I’m not entirely sure if this lack of reaction influenced the Bastard’s on stage any, but it was fairly obvious from Ms. Wennerstrom’s lack of stage presence and general refusal to interact with the audience at all that the Bastards weren’t motivated to play any more heartfelt or energetically as the set bore on. While towards the close, some hour and a half later, they did revert back to a better known track or two, the experience was irrevocably dampened.
I’m not saying the performance was not enjoyable; it was to a point. Ms. Wennerstrom’s vocals were as luxuriant as ever, the songs were nearly as rocking live as they are recorded, and the band could not have possibly benefited any more by the venue. The Union Transfer is the newest concert hall in Philadelphia, complete with dark wood bars, advantageous viewing balconies, and acoustics I can only describe as pretty bad-ass. So the stage was literally set for a massively successful performance. It just wasn’t delivered.
I do not want to blame the so-so show on the Heartless Bastards, but I can not shove the responsibility onto the crowd either. I think their performance could serve as a relevant reminder to any touring group. I understand the intention to showcase new material while putting to bed songs that have been played hundreds and hundreds of times, but musicians should be equally wary to entertain with tried and true favorites, or else wait an appropriate period for new material to become known, lest they lose the fickle attention of the flannel clad rock audience.
[soundcloud url=”http://api.soundcloud.com/tracks/29398746″ iframe=”true” /]