Boris:
The often overlooked pinnacle of awesome. He is an enigma, nobody knows what he’s thinking nor feeling at the moment, yet this is what makes him appealing to EVERYONE. Handsome, intelligent, friendly, and refined, it is hard to find a single word that can encapsulate the greatness he exudes. To be a Boris is to be the ultimate underdog; everybody seems to underestimate and even forget about him, but he never fails to blow minds whenever it’s his time to shine.

No I am not making this up! The above is in fact a real entry into everyone’s favorite millennial lingo translator, Urban Dictionary. I’ll admit, my intention was not to lead with this but when I was researching if the word “boris” meant anything in Japanese I found this entry. As many devout fans know, the title of the band was derived from a Melvins song of the same name off of their 1991 album Bullhead, but I had no idea that a “Boris” was the equivalent of the “pinnacle of awesome.” Gender specificity aside, it makes perfect sense in this context as well. The three piece avant-garde metal, sludge metal, drone metal, noise rock, however you want to define this experimental rock outfit from Japan was indeed at their apex this hot and humid evening at The Ballroom at The Outer Space in Hamden, CT. Known primarily by their individual first names (think Prince and Madonna), Atsuo (drums/vocals), Wata (guitar), and Takeshi (bass, guitar, vocals) comprise what has been Boris’ lineup since 1996 when Atsuo took over drumming duties for the the departed Nagata (1992-96). As such, this tour marks their 20th anniversary as a trio as well as the 10th anniversary of their landmark album Pink, which is performed in it’s entirety at each show. Before the lights were dimmed and the fog machine primed, cult icons and fellow dronies Earth opened the evening. Stalwart Dylan Carlson was joined by Built to Spill’s Brett Netson on guitar and Boris/Sunn 0))) collaborator Adrienne Davies on drums. Carlson started Earth in Olympia, WA back in 1989 with Slim Moon, who later went on to create the Kill Rock Stars label, and Nirvana producer and engineer, Greg Babior. History aside, I was excited to see what the current lineup had in store for the sold out crowd. After what felt like a warm-up song lasting only a couple of minutes and a brief introduction of the members of the band by Carlson, the set progressed in the same way that a coin tossed on a glass table spins to a stop. An initial burst of sound rings out as the coin cracks down on the hard surface. Initially, the coin spins slowly, making long concentric revolutions. But as gravity continues to pull at the coin, it’s rotations quicken. As the coin becomes closer to the surface the rotations become tight and frenetic, signaling an eventual resting point. For the casual observer who moves quickly through the room, the coin’s movements are inconsequential, repetitive, and mundane. However, to the patient observer, each small variation in sound and motion rewards her/him with the coin’s gravity induced symphony. Earth’s performance was a slow burn filled with rich organic textures churning, crashing, and coming to rest in front of us on stage. So if you were debating on arriving early for the opener, this one is a no brainer, do it. Plus who doesn’t love songs with titles like “Even Hell Has Its Heroes”, “The Bees Made Honey in the Lion’s Skull”, and “Torn by the Fox of the Crescent Moon”? After affording my eardrums a brief respite from earplug piercing decibels, the lights were lowered once again for round two of savage sonic thrashing. Boris began the set with the aptly titled track “Blackout.” The sound was truly palpable, particularly those of us in the front of the capacity crowd, who were pummeled with gut rattling low frequencies from Atsuo and Takeshi followed by high harmonic screams from Wata’s guitar patched intricately through a series of effects pedals making the intimate venue feel more like a massive underground cave. Smoke poured into the space out from behind Atsuo’s orange translucent glowing drum kit. It wasn’t until Takeshi began singing the opening lines of their next track, Pink, that the band members emerged visible from the billows of fog. Then as if on cue, the gray air parted as Wata laid into her scorching solo midway through the song. It was on! From that point on, the trio moved through 12 more songs from the recently expanded album including the drum pounding “Woman on the Screen,” dense and sludgie “Six, Three Times,” cinematic “My Machine,” and an epic 20+ minute version of “Just Abandoned Myself.” They closed the set with the beautiful and ethereal “Farewell.” Of course, it was only a temporary farewell as the trio returned for a two song encore, effectively leaving the packed house with little left to give on the hot and muggy evening. 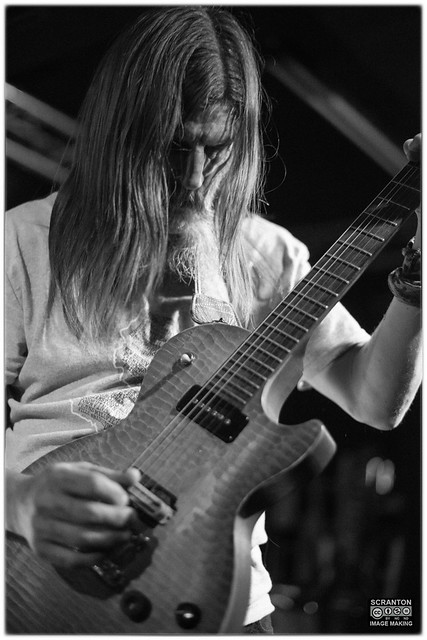 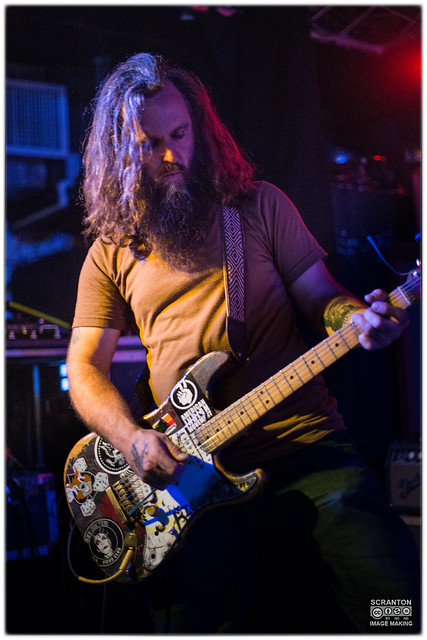 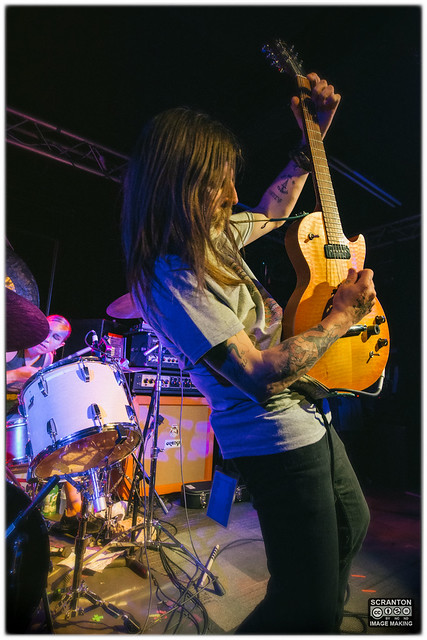 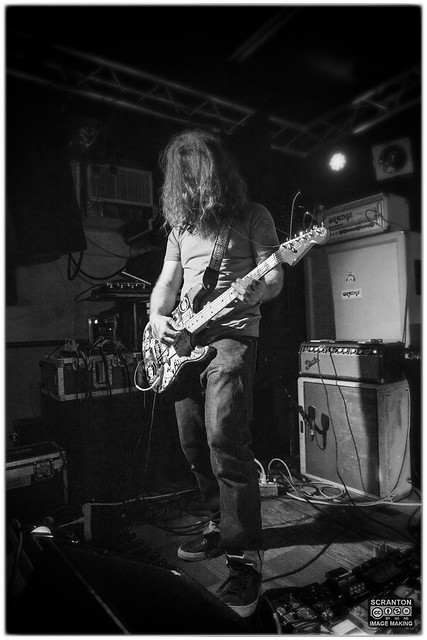 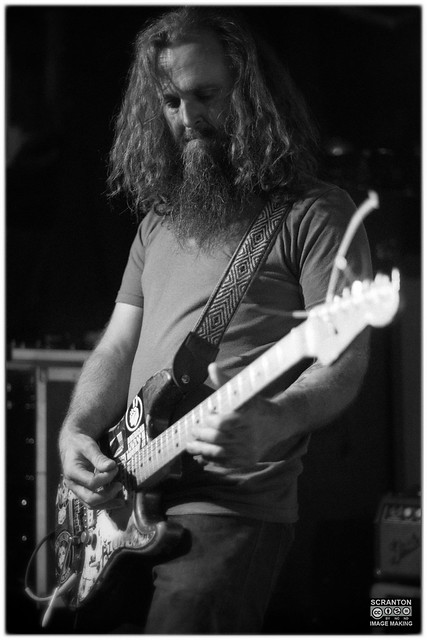 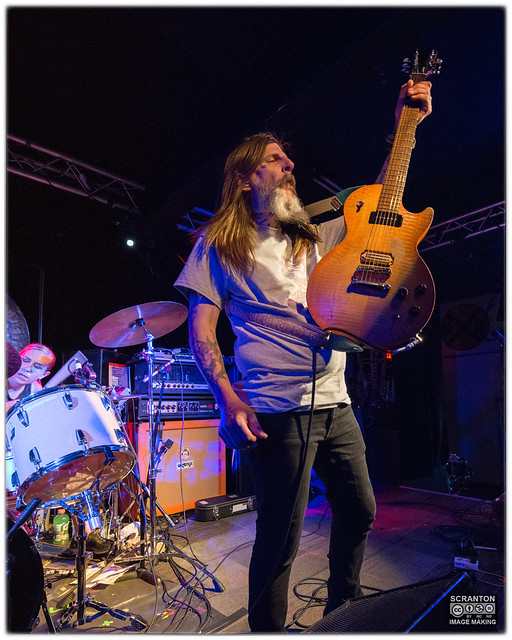 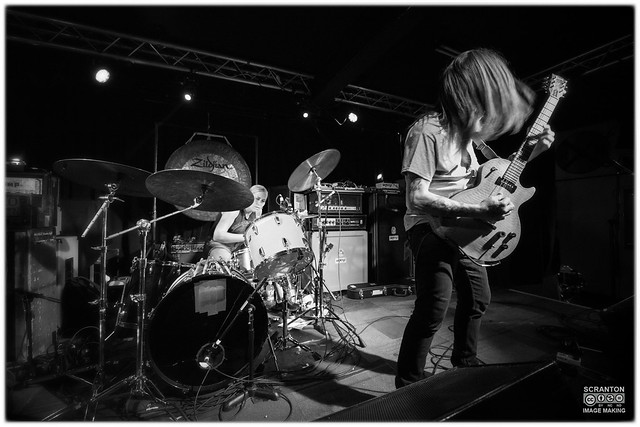 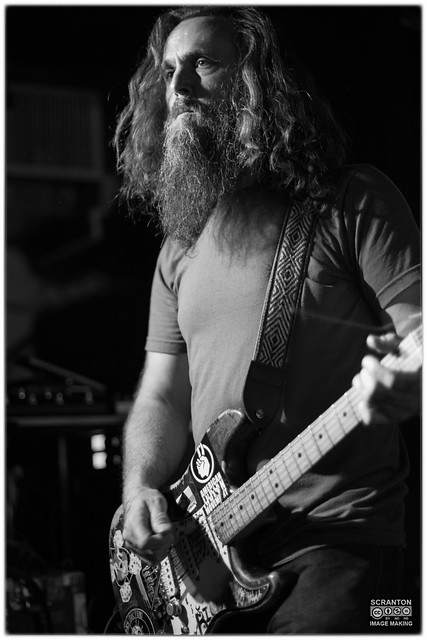 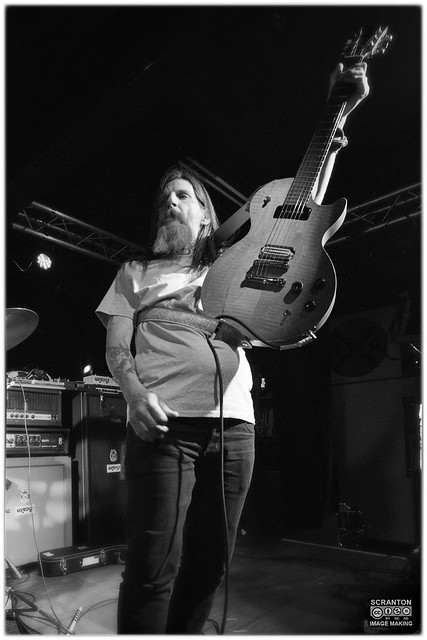 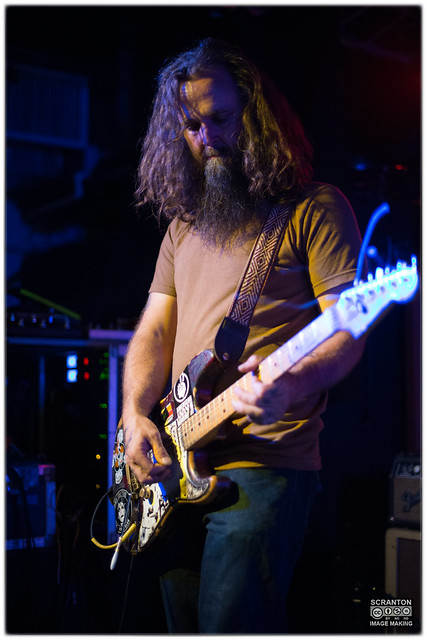 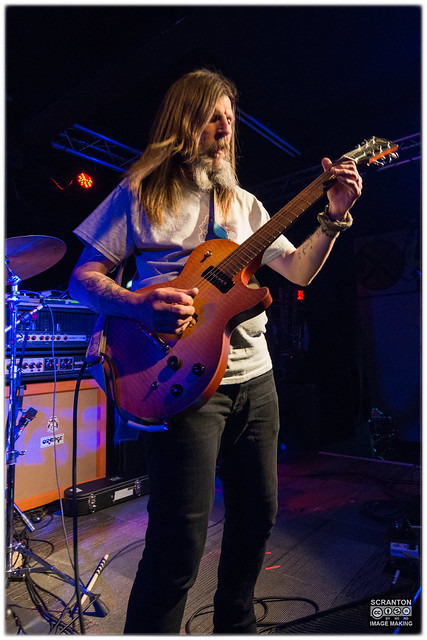 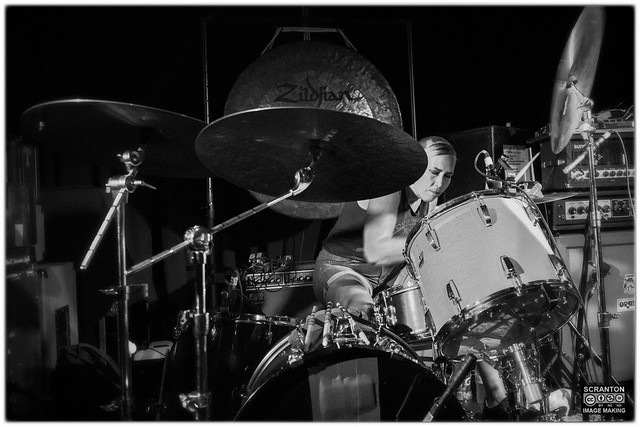 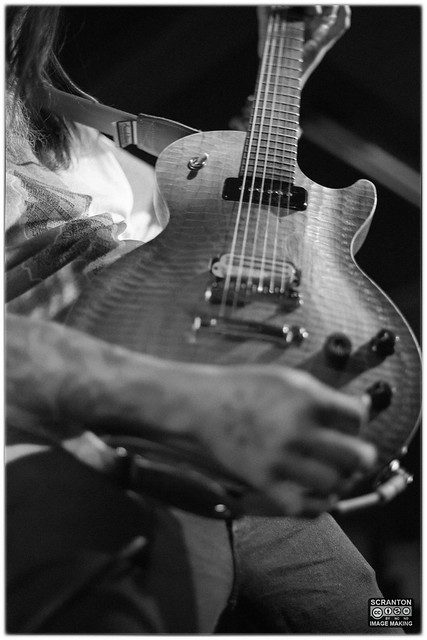 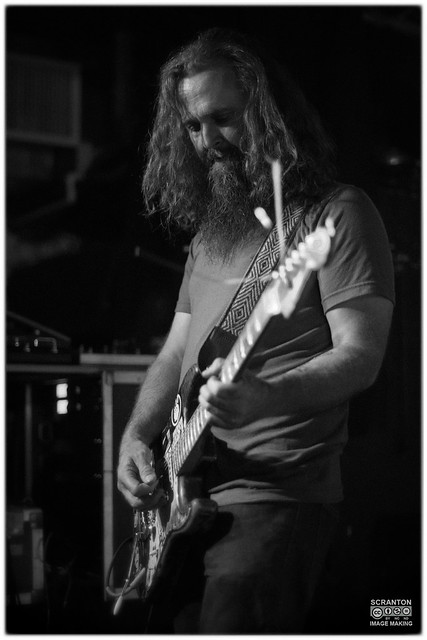 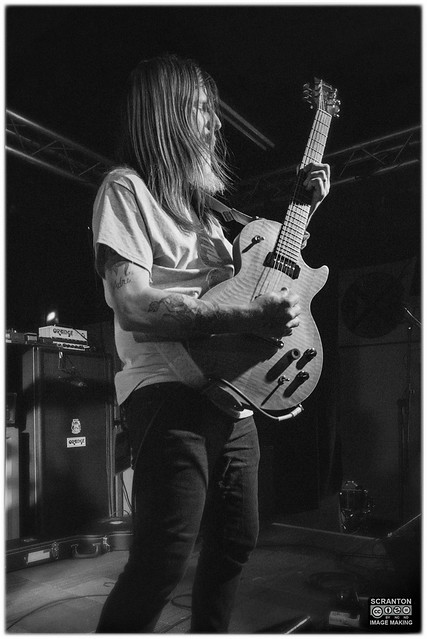 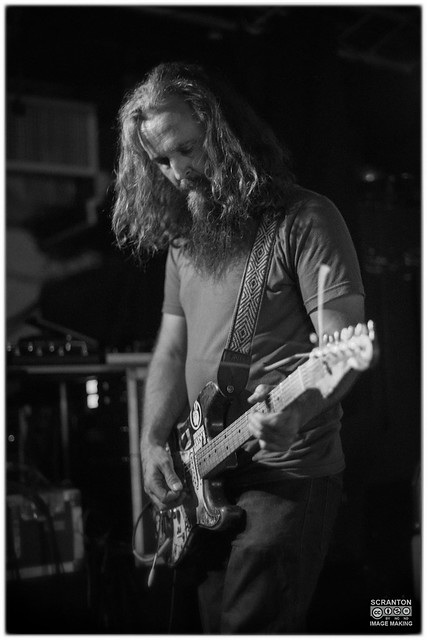 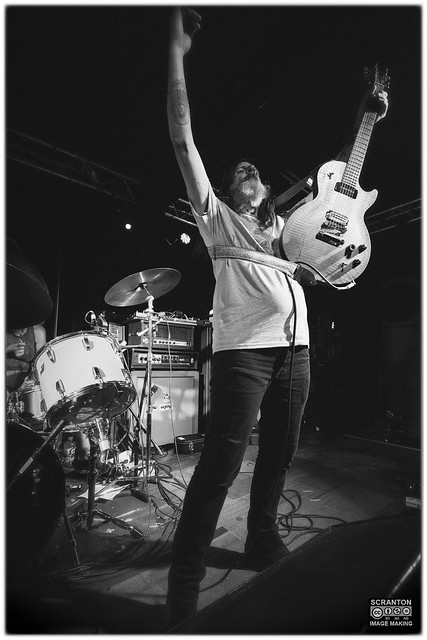 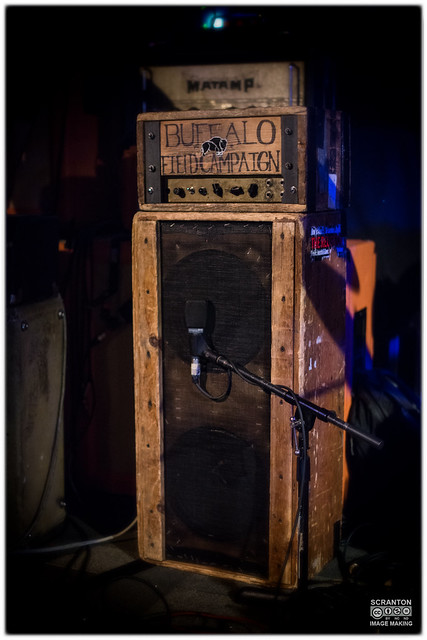 [RoyalSlider Error] There was a problem with request. Please check Flickr settings and try again.