Where does a band go after melting faces and crushing consciousnesses beneath their ever-maddening wall of sound for nearly three decades? On tour of course! Riding high after the release of their 14th full length, 2017’s Red Before Black, Cannibal Corpse has been touring nearly non stop across North America, The EU, and throughout much of South and Central America. Their most recent stint up and down the East Coast found them in the little big city of Athens, GA on December 4th for the third to last show of the run.

Death Metal as a genre doesn’t get much purer in form and format than Cannibal Corpse. The current lineup of Alex Webster (bass), Pat O’Brien (lead guitar), Rob Barrett (rhythm, guitar), Paul Mazurkeiwicz (drums) and George “Corpsegrinder” Fisher (vocals) has remained largely unchanged for twenty years. This consistency has allowed the group to hone their live show into something oppressively brutal, efficient, and highly satisfying. 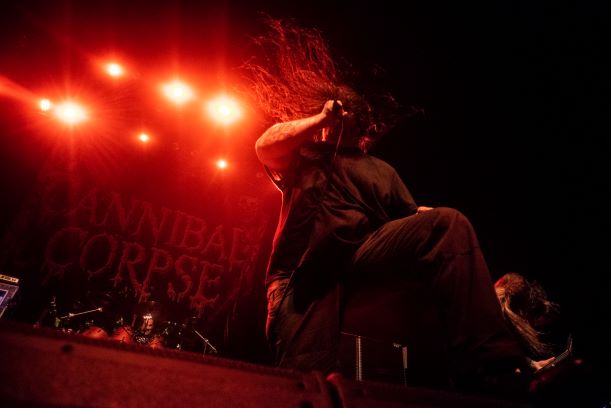 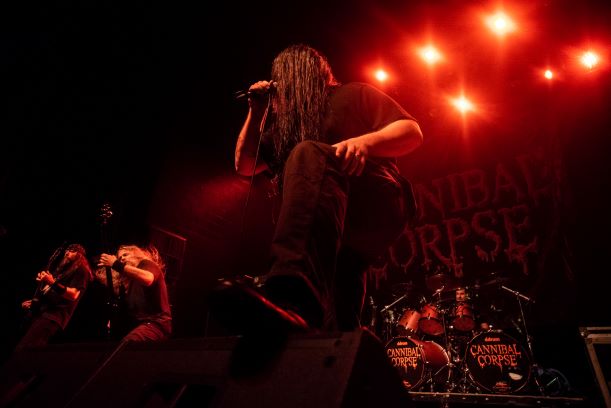 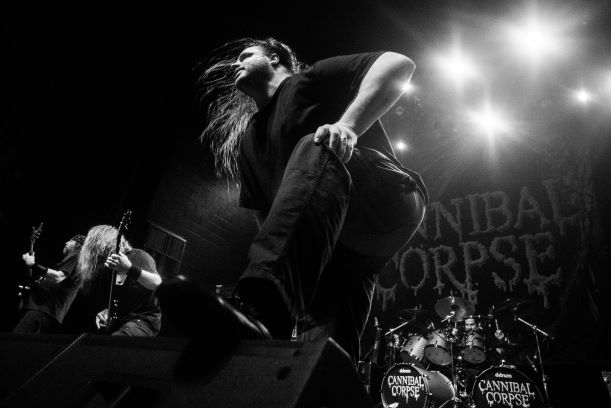 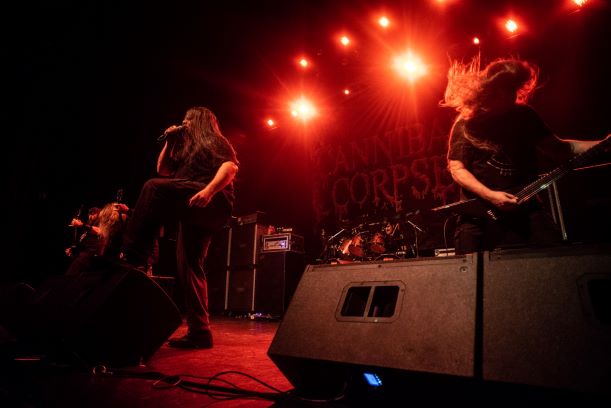 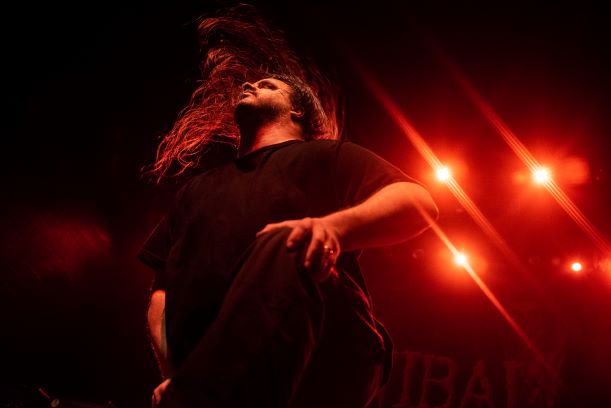 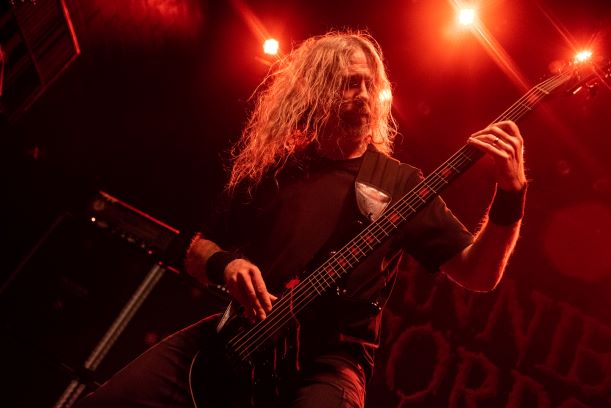 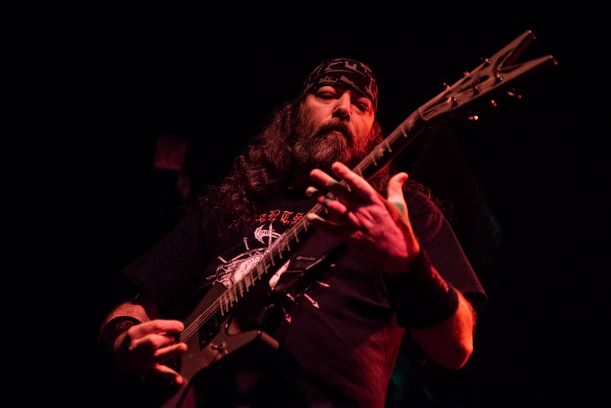 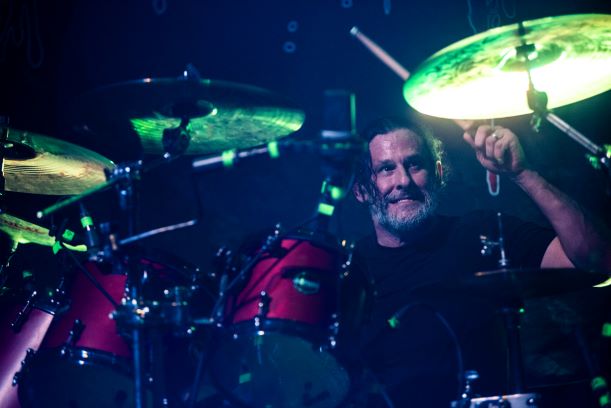 The best metal heads in Athens made it out to this show, packing the floor full in the Georgia Theatre. Preceded by the chaotic but technically proficient Hate Eternal, Cannibal Corpse hit the stage just after 10 PM, launching immediately into a three song series from Red Before Black. Corpsegrinder easily stole the focus, headbanging wildly in between screeches and guttural roars while the band delivered the sound and fury. The new tracks, specifically “Only One Will Die” and “Red Before Black” were very well received and whipped the pit into a frenzy.

Their music may be rooted in the grotesque ultra violence found in the classic slasher horror genre, but Cannibal Corpse proves that stage presence is a greater tool than any fantastical visuals or cliched theatrics. Seeming to move effortlessly through a set spanning the majority of their career, these metal veterans are clearly on another level. Their performance was just incredible. Paul Mazurkeiwicz used a seemingly inexhaustible physicality to nail every blast beat and fill, staying in the pocket throughout. Rob Barrett and Pat O’Brien’s guitar work ripped gloriously over Alex Webster’s gut punching bass lines as he head banged right along with Corpsegrinder for most of the set. In between songs, Corpsegrinder would riff with the crowd, singling out one woman for having the loudest scream, asking if we were tired yet and wanted to go home to our beds, and enthusiastically growling out the song titles. A mountain of a man, he really connected with the room.

All good things must come to an end, and while the crowd was clearly getting winded from the onslaight, it was hard to say we were ready to call it a night. Before the last song Corpsegrinder asked how many more songs we wanted. People threw up 3, 4, 5, even 10 fingers and screamed bloody murder for more. He just laughed, ridiculed us for being greedy, and said no matter how much we wanted another song this was still the last one. Though only partially true to his word, they closed with the disturbing “Stripped, Raped, and Strangled” followed immediately by the classic Corpse tune, “Hammer Smashed Face”.

Having never before witnessed their live spectacle, I must say that Cannibal Corpse blew me away. For a band that has been around so long and still tours so extensively they really bring a great show to their fans night after night. Perhaps it was the delicious local brews, the camaraderie with friends I’d known and rocked with for years, or the spectacle of a band delivering the goods after three decades of blood sweat and tears, but I wore a big dumb grin for most of the set and left feeling incredibly happy.

A pair of hands, eyes, feet, and ears...and one nose to guide them all to delicious sustenance. Caley Ross lives a quiet, near settled life filled to the brim with musical nonsense, horticultural fortitude, and a plethora of good friends. He hopes one day to be abducted by a wizard and made to steal from a dragon to satisfy dwarfish greed...