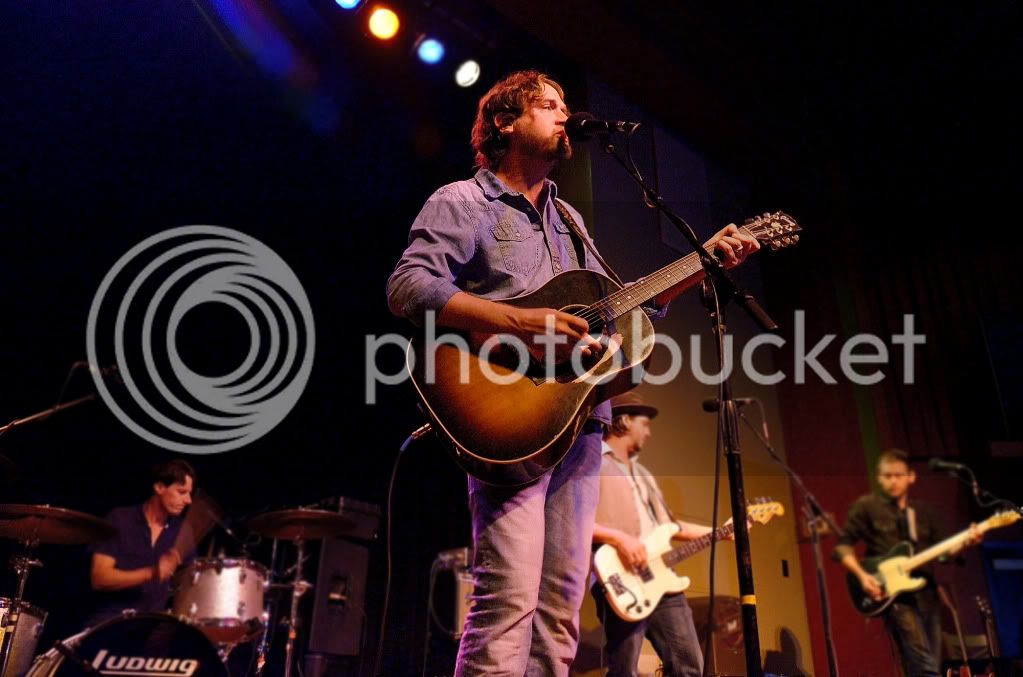 Cincinatti: In a smart suburb where the classes meet, set amidst sushi shops, cafés and independently operated boutiques on a street where every other shop leaves water bowls out for the canine friendly pedestrian populace one can find the Redmoor theatre. It’s a classy venue, with soft lighting, pin point acoustics and a dark wood bar that is perhaps one of the last places you would expect to host Country outsider Hayes Carll.


On paper, young Mr. Carll looks like a promising young musician. The Texas native’s latest release was a critical success. The Americana Music Association lauded KMAG YOYO as its number one album in 2011 while its title track garnered American Songwriter’s top choice for single in the same year. And the song itself is nothing short of a marvel. “KMAG YOYO” (Kiss My Ass Guys, You’re On Your Own) is sonically a rollicking tour de force that narrates the plight of a young soldier recruited from the battlefields of Afghanistan into the seedy underworld of the American Defense Department where he becomes a guinea pig shot to the moon as part of a secret experiment.  But this sad relation falls far from the full scope of the story, or the social commentary, the humor and massive twist contained within a single song. Imagine Winston Groom’s entire bestselling novel shrunk into the space of a four minute song and then placed to an arrangement by Hank III.

With this in mind picture the turn out for this first performance of his summer tour. In part, the opulent Redmoor was at odds with the audience. The Waylon and Willie shirts of the young competed for dominance against the older, somewhat more conservative collared, buttoned down crowd–though it was a common sentiment to see the top few buttons undone, displaying style as much as graying chest hair. Young and old stood expectantly before the stage, the wealthy mixed with radicals at the bar where beards were more common than not, featuring perhaps the largest congregation of snakeskin boots so far north of the Mason Dixon, and the violent multi-colored blooms of flower dresses on western flavored hipster cowgirls.

With the house clearly to capacity, a crowd surge formed as Hayes Carll and the Gulf Coast Orchestra took stage. Unshaven, Mr. Carll doesn’t immediately strike one as being a musician. Somewhat haggardly with eyes sunken like Spanish ships of war, he resembles a struggling novelist lost to thought with a perpetual floor bound poets gaze, and nothing like a Texas born honkey-tonker.

But then again, perhaps country is a misnomer. Despite his contribution to Country Strong, a 2010 film focused on the hard luck life of a Nashville country singer, Hayes Carll has had little to no reception from mainstream Nashville culture. Perhaps because he isn’t a brand, groomed through test audiences, he has become the most exciting thing to happen to country since Garth Brooks.

It is certain his politics aren’t useful as a platform towards mass exposure. Before the hilarious “Another Like You,” whose video features a cameo by political pundits, he took a moment to acknowledge the polarity of the America political landscape. In his own words: “There’s a lot of people out there with a lot of power and a lot of money trying to drive us apart. Republican, Democrat, we’re all in this together and shouldn’t lose sight of that.” And though the sentiment was serious, he quickly recovered with a coy smile, dragging a drunk audience member on stage to fill out Ms. Carrie Ann Hearst’s portion of the duet.

Over the two and a half hour set at the Redmoor, Hayes Carll displayed all the hallmarks of an industry break out, humor a la Roger Miller on numbers like “Hard Out Here,” (in which he paid comic reference to Mitch Hedberg) and “Wild as a Turkey,” rambling country roots when combining his own tune “One Bed, Two Girls, and Three Bottles of Wine,” to country classic “Mama Tried,” and the hopeless sentimentality the western crowd covets on “Love Just Left This Town,” and Tom Waits cover “I Don’t Wanna Grow Up.” Through the flawless musicianship of the Gulf Coast Orchestra, epic songwriting and arresting stage presence Hayes Carll successfully spurns the traditional country route. Nashville be damned, Hayes Carll doesn’t need it.