Opening acts often run the risk of being at the mercy of the headliner’s fan base and sometimes the opposite is true.  I recall a Rage Against the Machine show at a small, now defunct, club in New Britain, CT called The Sting where West Coast Rap outfit Funkdoobiest opened up and this white kid from suburban Connecticut was simply not prepared for what was about to ensue at the drop of the first bass line.  I had to drag my taller but skinnier friend from the floor where a pit had formed and he was literally being trampled.  While there were certainly no pits here tonight, there was definitely some feeling one another out.  I was already familiar with Haley Fohr a.k.a. Circuit des Yeux a.k.a. Jackie Lynn’s work having released several of her records on Chicago’s indie darlings Thrill Jockey.  Had she been accompanied by her backing band then I suspect that may have eased the initial awkward tension that arose as a result of her solo 12-stringed performance.  I am a sucker for weirdness so the awkward tension only made my ear-to-ear grin grow bigger.  Fohr’s finger picking and low mezzo-soprano vocal stylings, while atypical, won the crowd over quickly.  With her wet hair tucked messily under a solid red baseball cap, donning a red and white striped crew neck shirt and red capris and drenched in red LED lighting, Fohr dazzled with a mix of pop riffs sprinkled in with a dense layering of processed guitar loops and Meredith Monk-esque vocal articulations.  Her performance culminated in an entirely self styled call and response epic between her voice and guitar.  Alternating loops of feedback and yodels, screams, screeches, and vibrato blurts were eventually consumed by the smoke from the fog machine and dense red lighting.  It was beautiful, haunting, and so of the moment with the recent Twin Peaks reboot.  I almost half expect to see her on stage at the Bang Bang Bar in an upcoming episode.  If you are out there and listening Mr. Lynch, you have a perfect act for next season. Following Ms. Fohr’s blissful and to be frank, singular, performance were the boys from Baltimore with odd aliases like Avey Tare, Panda Bear, and Geologist. Admittedly, from the outset, I felt as though I was making excuses and crafting the perfect out for this review, akin to one of those awful break-up speeches that start “It’s not you, it’s me…”.  I’d never seen Animal Collective live and so perhaps I was building up years of appreciation and expectation, beginning on a particularly unfair plateau which was the ringing endorsement of Avey Tare (David Portner) and Panda Bear (Noah Lennox) first release by a friend who had taught me so much about music and what to listen to next. Spirit They’re Gone, Spirit They’ve Vanished, later released as Animal Collective’s first album absolutely blew me away at the time.  EDM was just getting started and Radiohead was changing their sound as evidence in Kid A and Amnesiac.  It was a really interesting time in music, particularly in the way that analog synths and more contemporary digital tools like MAX/MSP and Ableton Live began to coalesce while fundamentally changing how music was made and to a greater extent performed live.  Animal Collective, for me, represented a group of individuals interested more in the power of a collective (anonymous, albeit briefly) to bridge the two and three part harmonies of say The Beach Boys with the sampling and loops of a My Bloody Valentine or the more contemporary aforementioned Radiohead.  I’m going to quit while I am ahead, but needless to say, my expectations were high, too high. The set opened with what should have been a playful and whimsical cover of Martha & The Vandellas’ “Jimmy Mack”.  Instead I felt like I was at a weird glitched interdimensional concert where Jimmy Buffet and Martha & The Vandellas were being datamoshed by three dudes in front of glowing paintings and synth stations.  “Lying in the Grass” was a little better in that the complex vocal harmonies were backed by interesting synth parts and loops, but once again I felt like the schtick had been established and I was hyper aware of it.  “Hounds of Barrio” was a little bit darker and I felt like I was shedding my disillusionment, things were looking up.  Oh shit! “Water Curses” with a weird homage to the Grateful Dead as an intro, yes now we are talking!  As I snuck out from the photo pit to the start of this song the visual show intensified and Animal Collective seemed to hit their stride shouting out lyrics to “The Other One”.  I have no qualms admitting being a one time Deadhead and having an affinity for the Grateful Dead’s music despite also later loving The Teen Idles who infamously shouted “the only good deadhead is one that’s dead”.  In this moment however, the two worlds of the Grateful Dead and Animal Collective made perfect sense.  “Water Curses” might as well been the encore because I had seen the best of AC right then and there.  Again, I mean no disrespect and remember it’s me not them.

In any event it was a fun show, one worthy of your hard earned dollars to see live in your town when they come through.  Just don’t expect the moon and more the way I did. 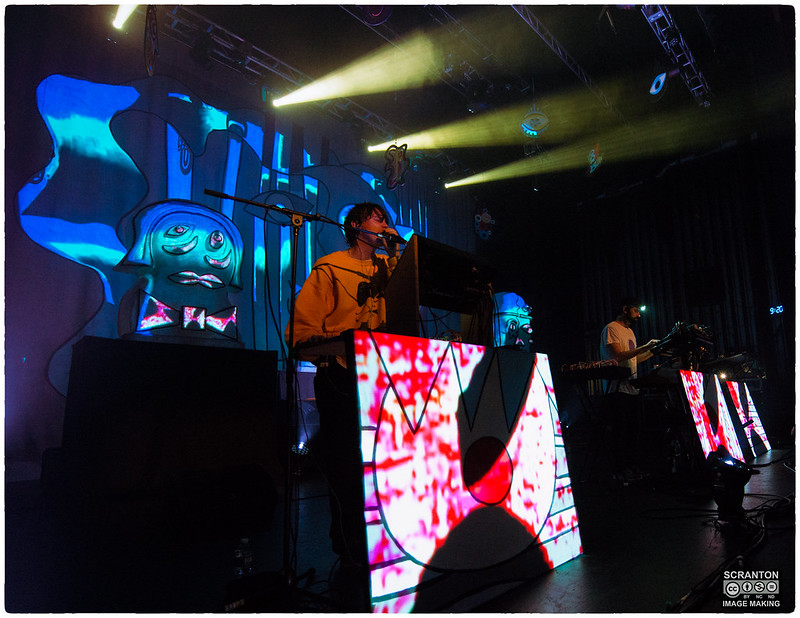 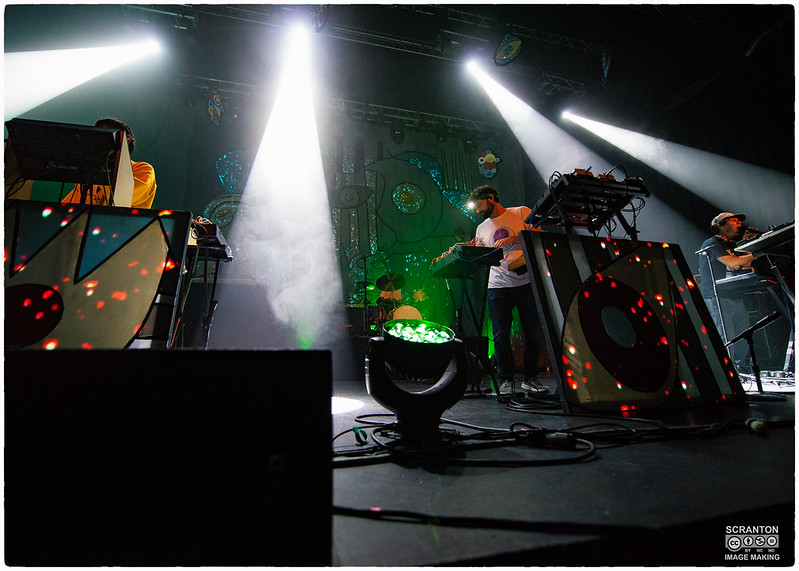 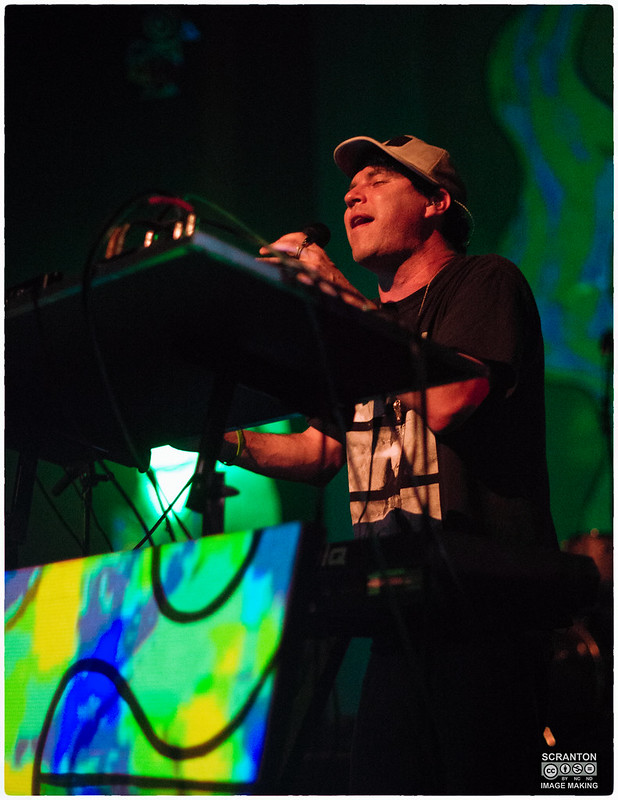 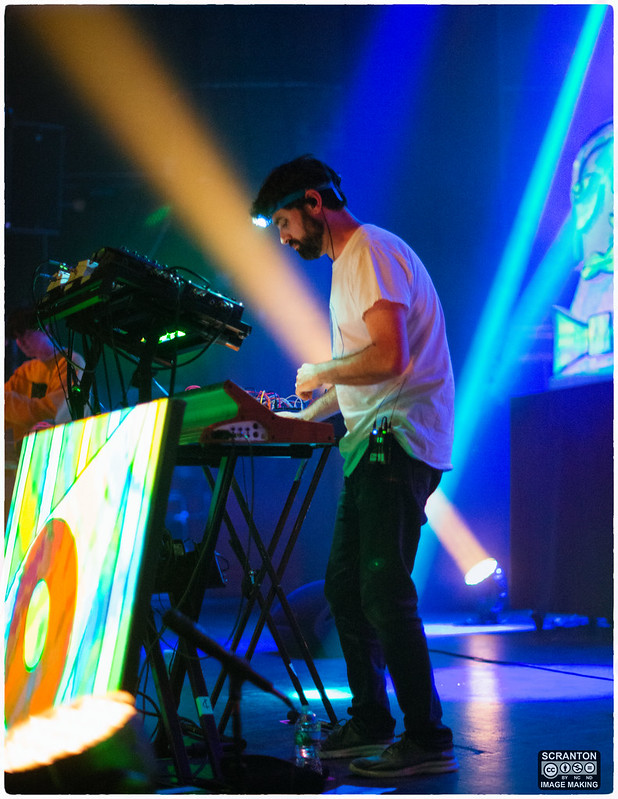 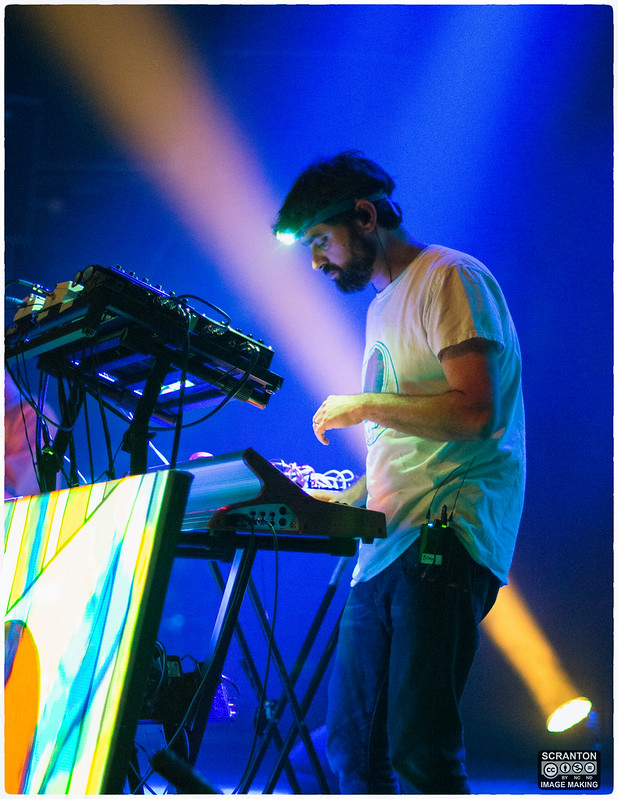 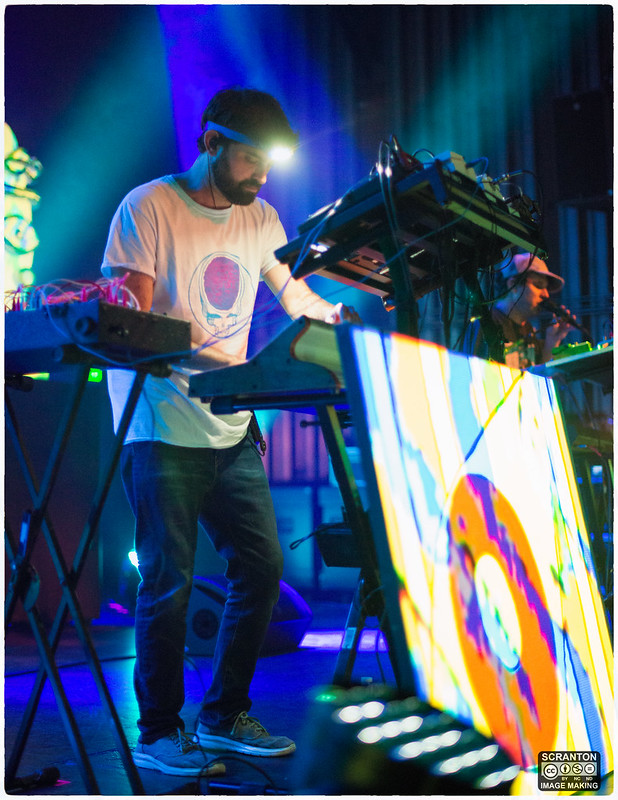 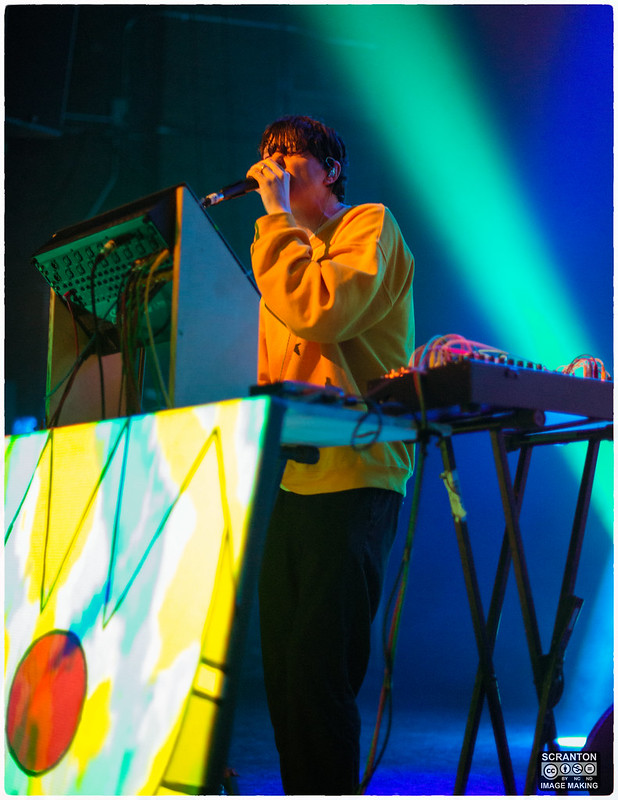 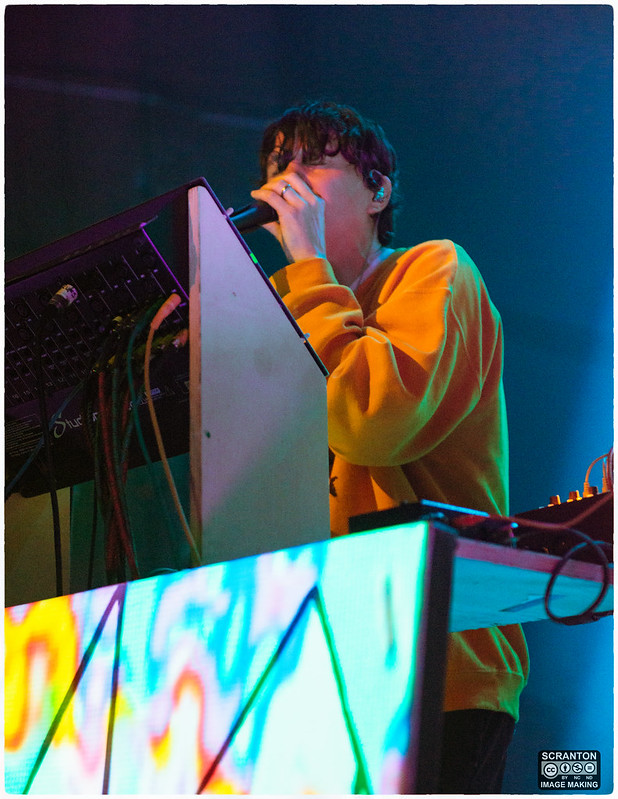 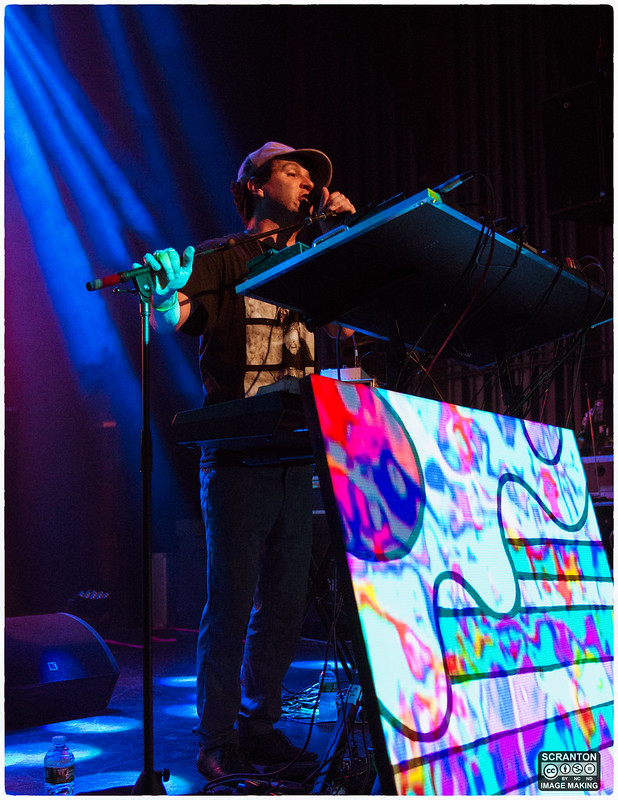 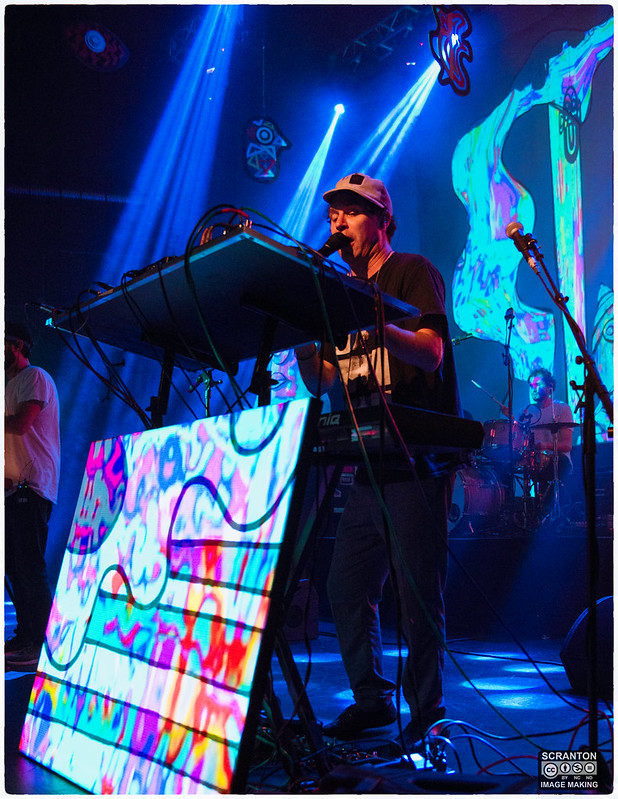 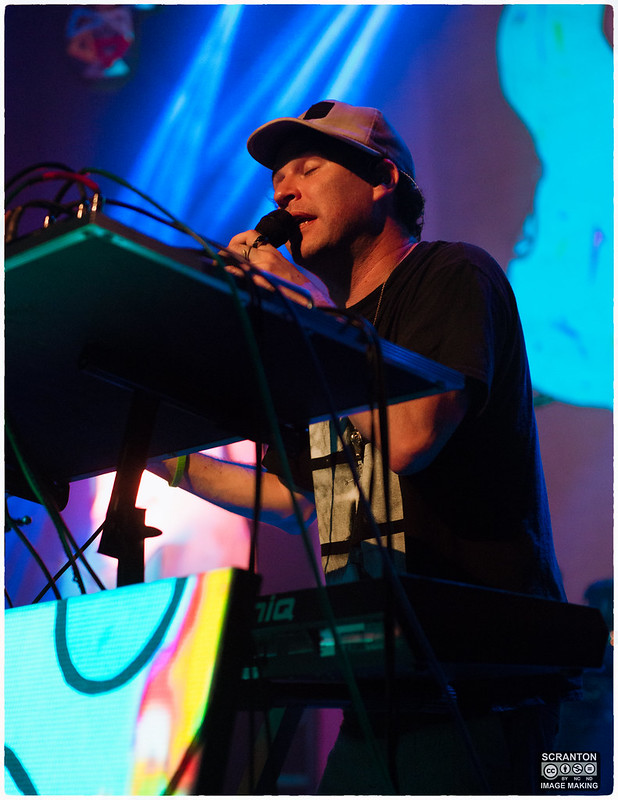 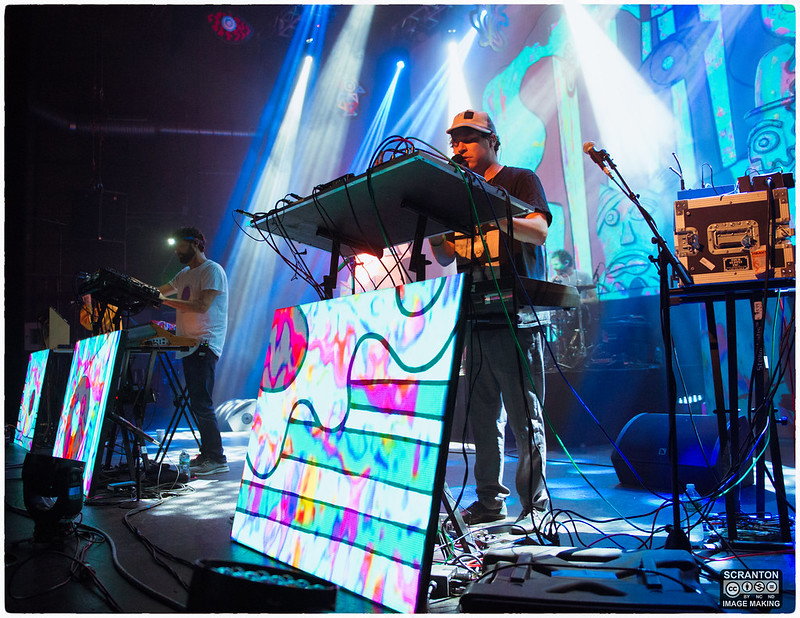 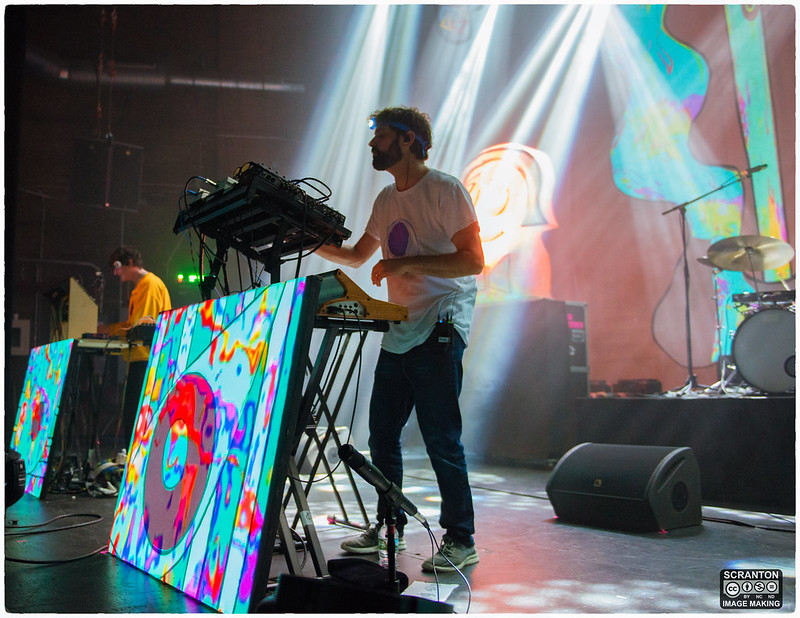 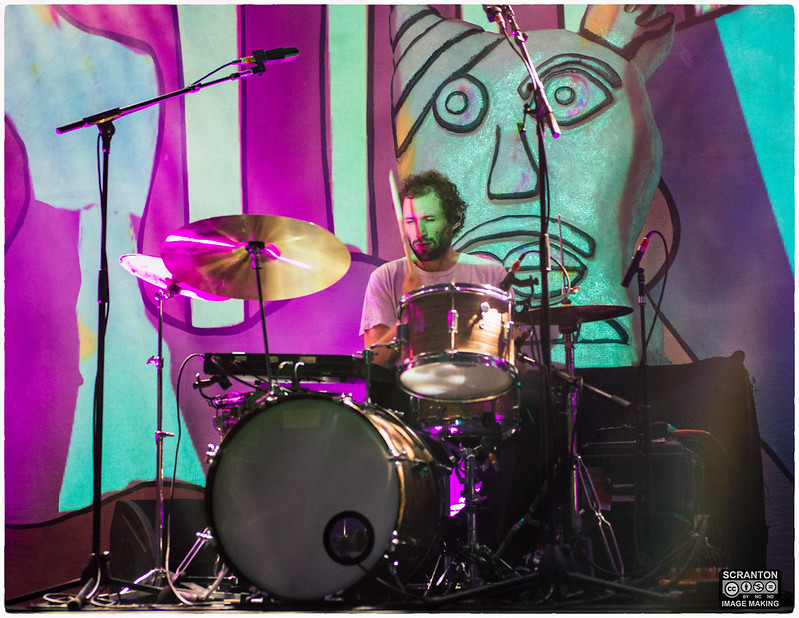 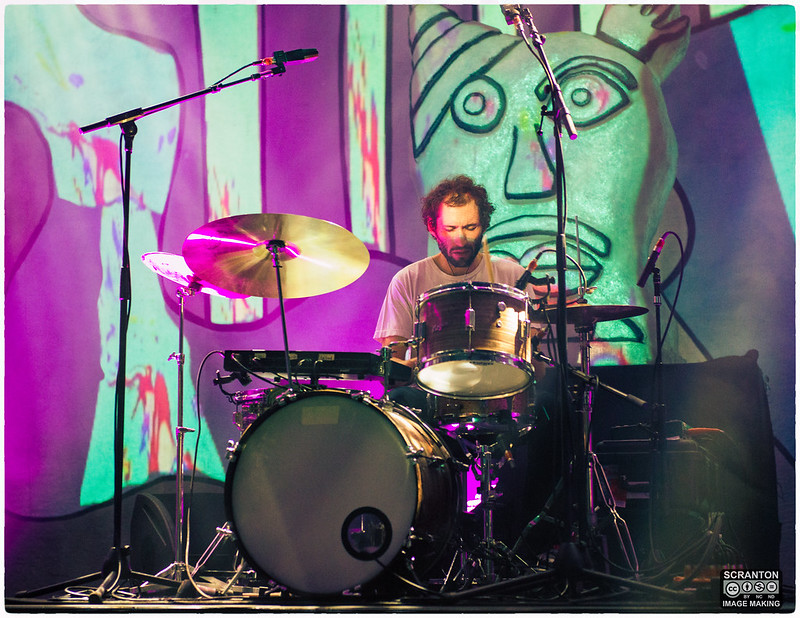 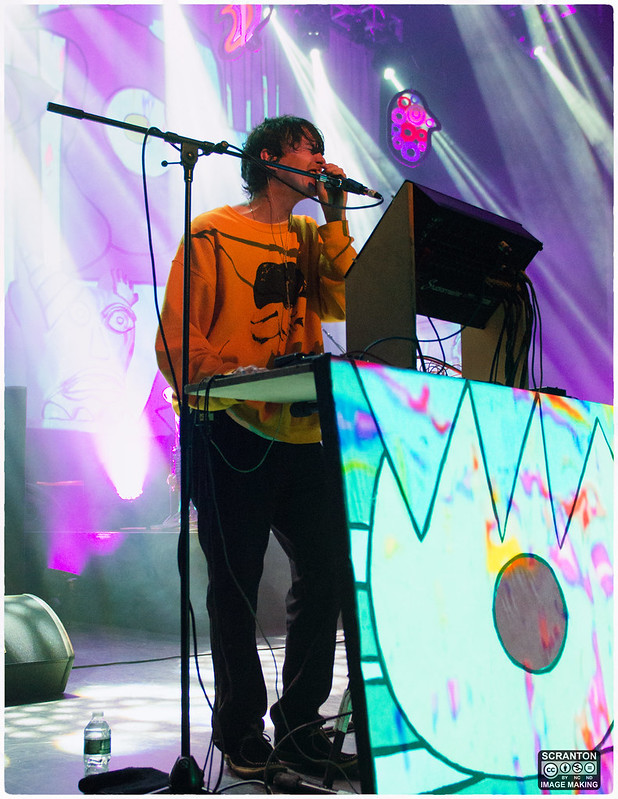 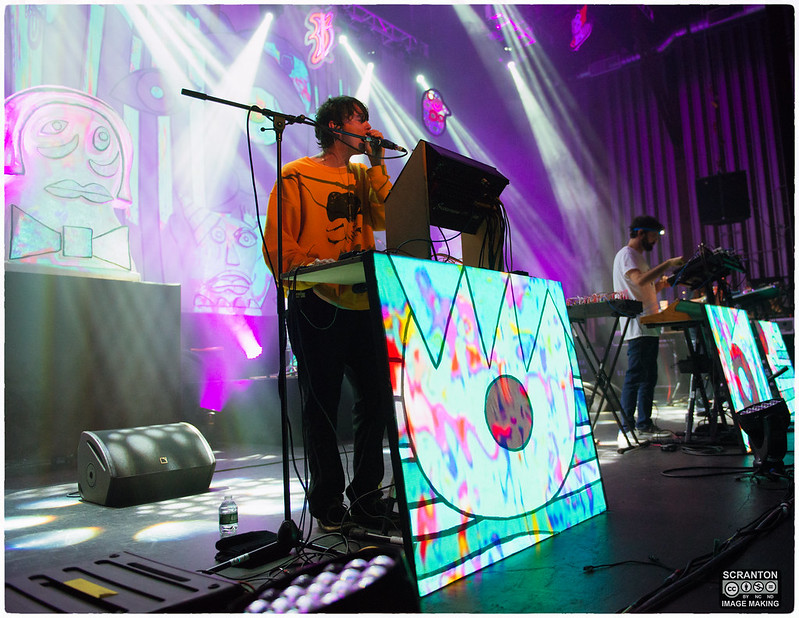 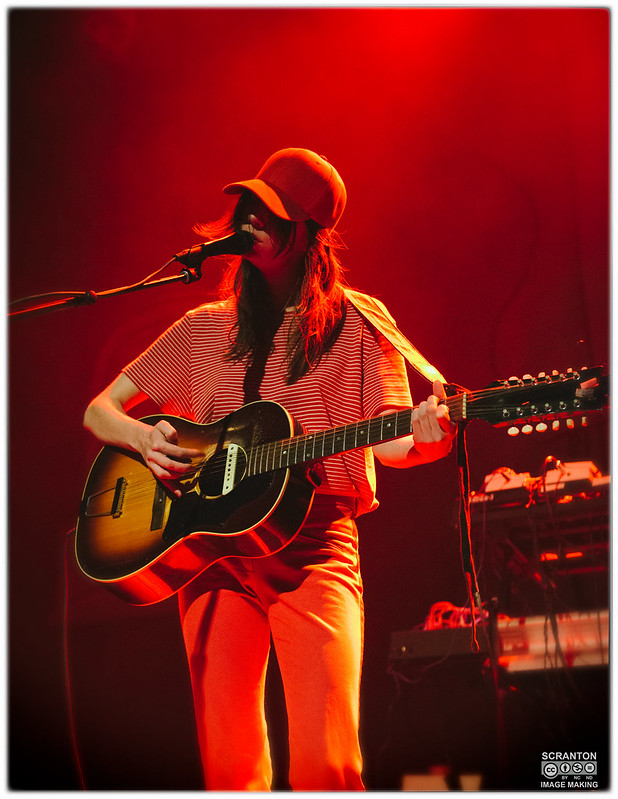 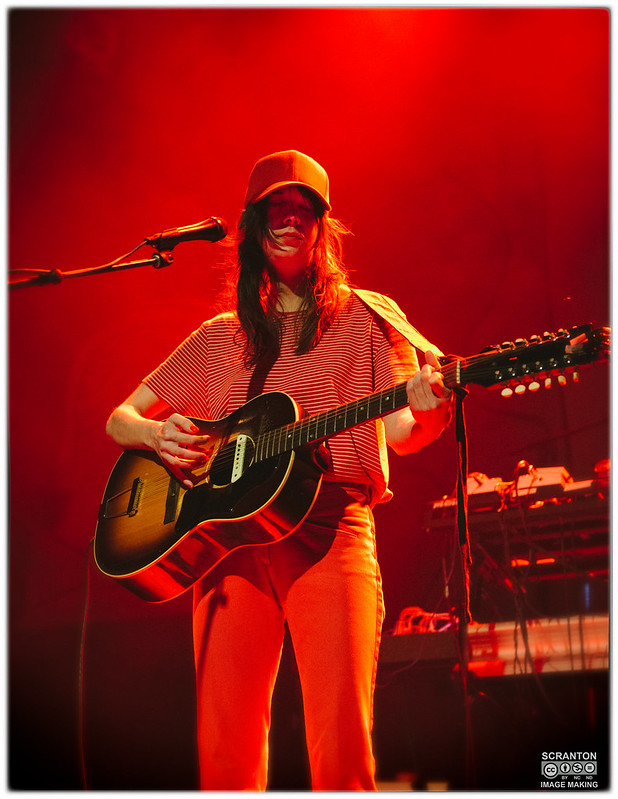 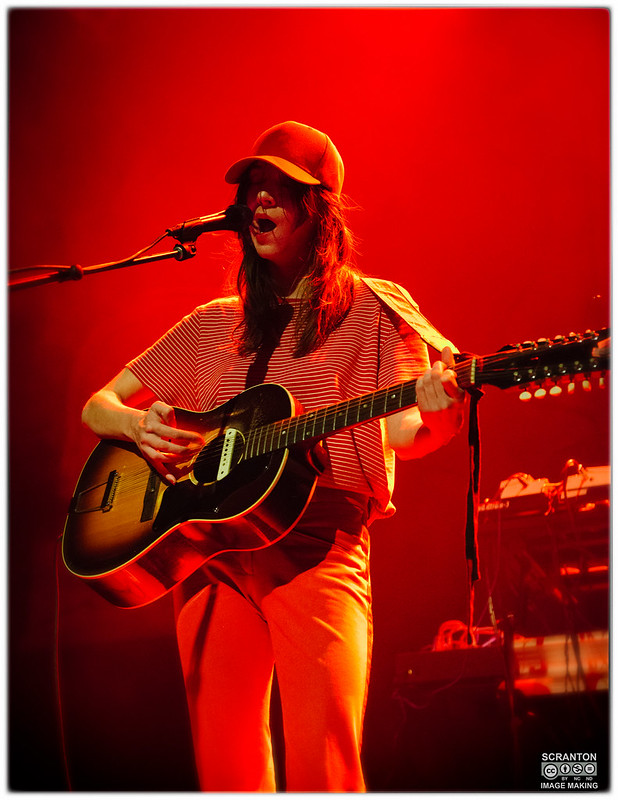 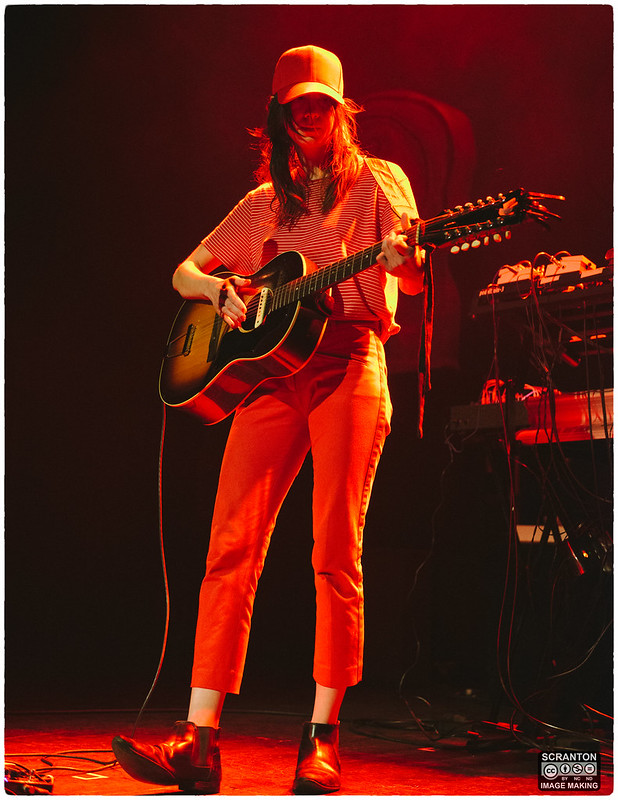 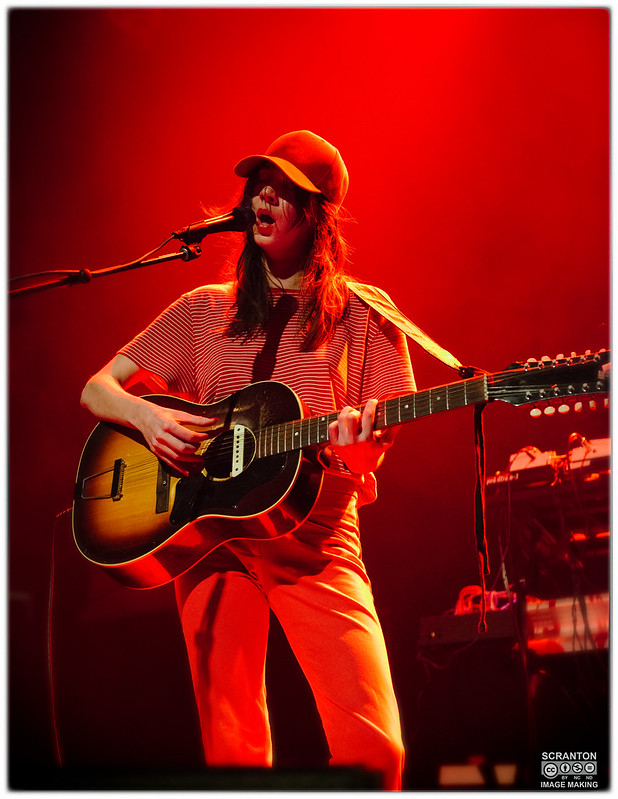 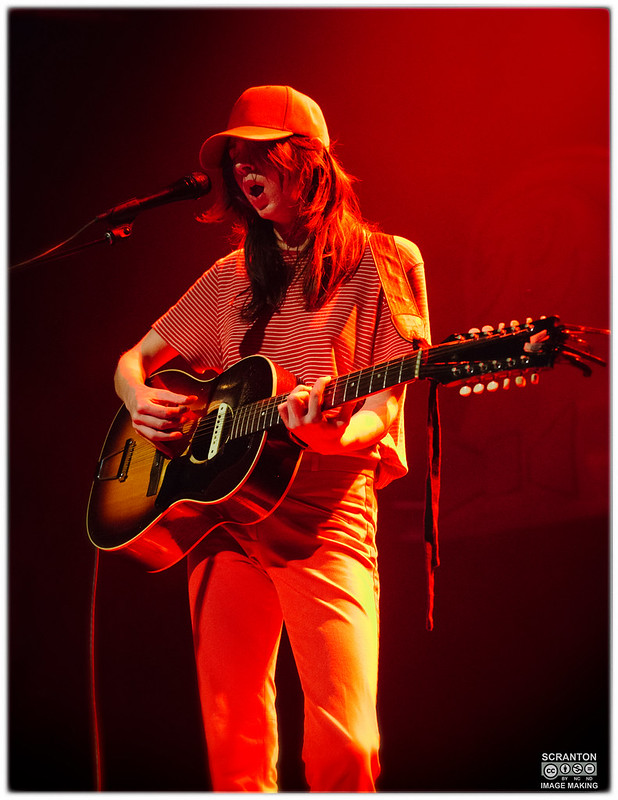 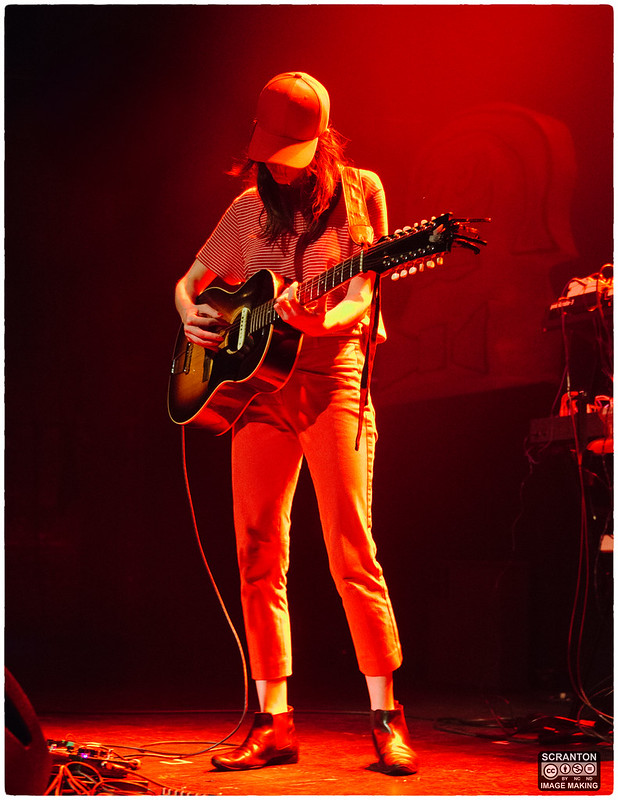 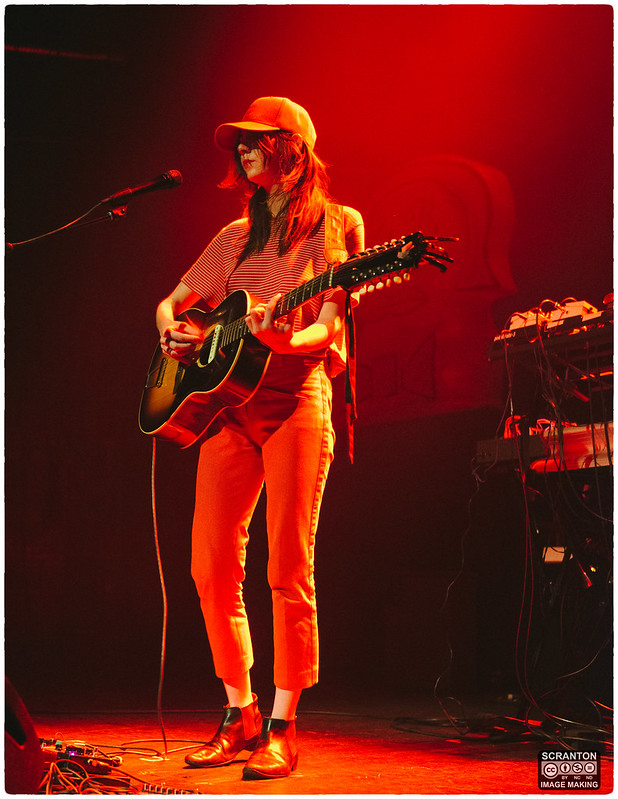 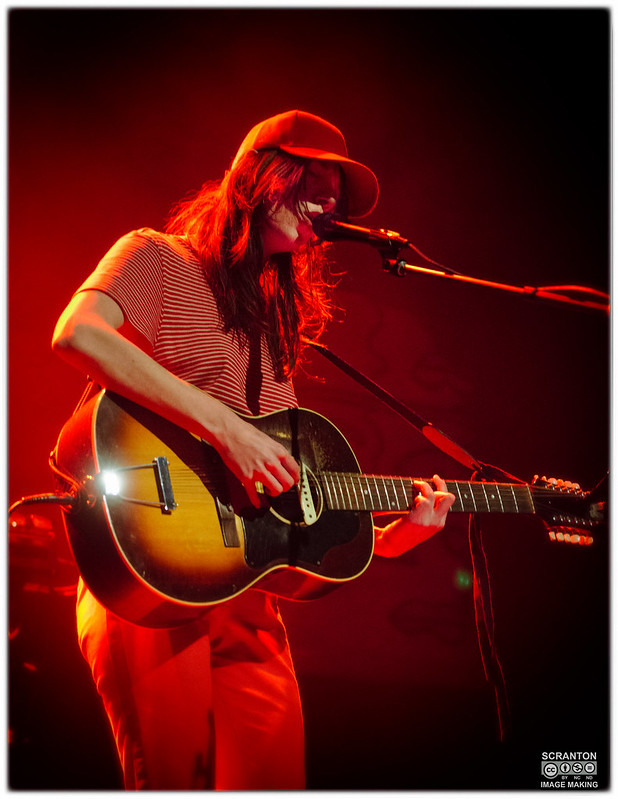 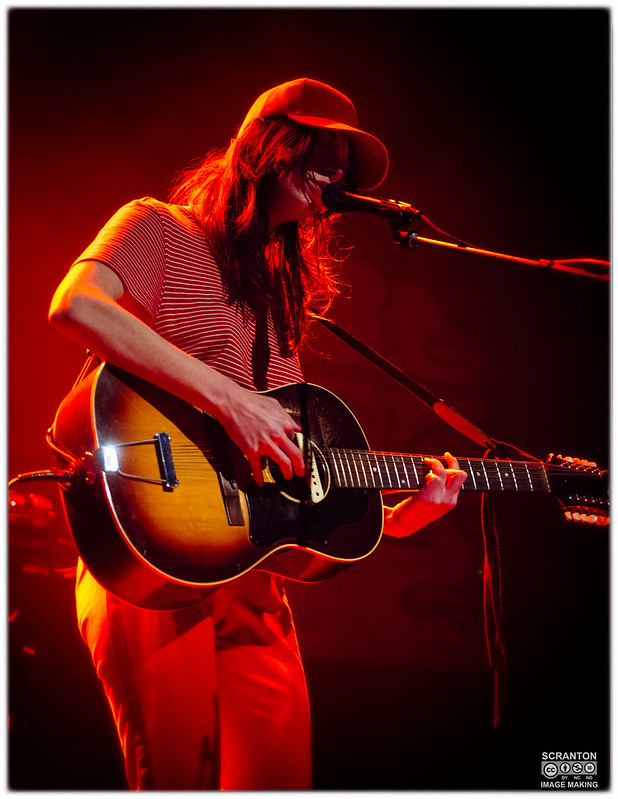