It’s probably a bit cliched to begin a review with historical data but what the heck, I’m not above the trope of calling on time to define the impressive body of work a band or any other creative entity has amassed over the course of 20+ years.  The tortoise plays a role in all of our (western) collective stories about consistency, perseverance, and dedication so why not look to history to help define and perhaps elevate the the impressive body of work that the legendary post-rock, experimental rock, instrumental rock, jazz fusion, electronica, minimalist Chicagoans have assembled since their debut album in 1994.  For you millennials listening to Tortoise today, think back to a time when Bill Clinton and Boris Yeltsin were sitting down together to hammer out nuclear draw downs or a time when parodies and satire were being ruled on by the Supreme Court as creative acts protected by the doctrine of Fair Use.  The genocide in Rwanda began, Russian troops finally left Germany, Microsoft finally called an end to MS-DOS, Woodstock 94 happened, unfortunately, the MLB went on strike ending the entire season, oh and the New York Rangers won their first Stanley Cup since 1940.  Oh how the times were simpler then.

Enough with the history lesson because on March 14, 2016, or Pi Day, Tortoise played the storied Iron Horse Music Hall in Northampton, Massachusetts as if it were 1994 all over agin.  With the energy and gusto of 20 somethings, the now middle aged 40 somethings of Tortoise took the stage with vim and vigor playing for over an hour and stepping back out for not one but two encores at the beckoning of the capacity crowd.

The night began with Jaime Fennelly a.k.a. Mind Over Mirrors and his distinct effect driven harmonium drone.  With little more than a clamp on dish lamp and a work lamp illuminating his feverish pumping and pedalling, Fennelly delivered a lovely and contemplative set of loops, textures, and layers of analog sound that felt organic and emotive without ever becoming stale or boring in its delivery.  While there was little more than the constant up and down motion of Fennelly’s feet on the bellows of the harmonium and the occasional knob turning to watch, the crowd bought into the soundscapes he produced save for the few audience member who felt compelled to talk over his set.  Overall, Mind Over Mirrors was an opening act that made arriving early worthwhile, and I recommend catching his set if possible.

The Chicago five took the stage and began their set with the title track, The Catastrophist, from their seventh studio album released on Bettina Richards’ Thrill Jockey records.  I mention Bettina because she was instrumental in getting me and a fellow WXVU DJ into my first Tortoise show at the now defunct Upstairs At Nick’s in Philadelphia, PA in 1996.  That night was a formative concert going experience that saw two underage college kids drinking Makers Mark with then Tortoise guitarist Dave Pajo backstage before seeing fellow Chicago mates 5ive Style and The Sea and Cake open the show.  Back to 2016, and the lineup that has been in place for close to 20 years, Tortoise hammered out several tracks from their latest release including Ox Duke, Hot Coffee, Shake Hands With Danger and even Yonder Blue, which was a bit of a surprise considering that it features the vocals of Yo La Tengo’s own Georgia Hubley.  Momentum grew with each track and then the Tortoise of old caught fire with McIntyre, Herndon and Bitney on both drum kits trading blows like heavy weight boxers on classics such as Dot Eyes, Prepare Your Coffin, and the pounding grooves of Monica.

I was fortunate enough to be standing stage left when the band exited the stage after their set and before the first encore and chatted casually with Dan Bitney for a moment.  Insider information to pass along is that the tour has been great thus far but they have a long road ahead.  John Herndon is in fact tattooing on the road but generally not inking post-show as I was hoping to pick up a Herndon original.  All said and told, they gang has still got it and according to my sources, the longest lasting all instrumental band second only to The Ventures are worth the price of admission so be sure to catch them when they stop in your town.  My only gripe is only from a photographers prospective and that was the poor lighting for the show but not enough to discourage the average fan from checking out this truly unique quintet. 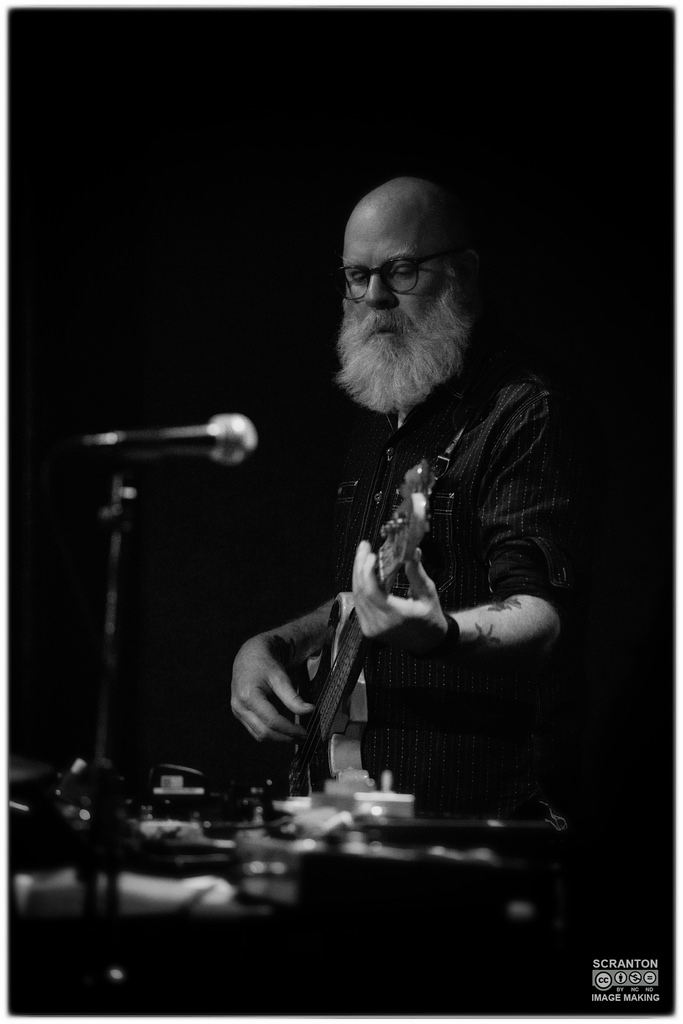 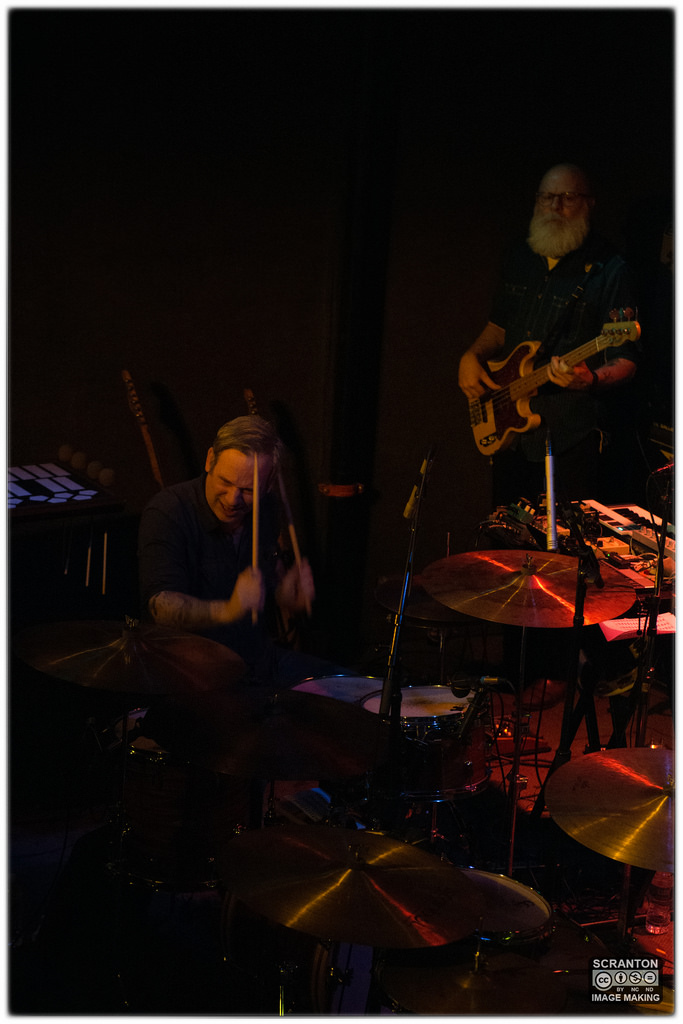 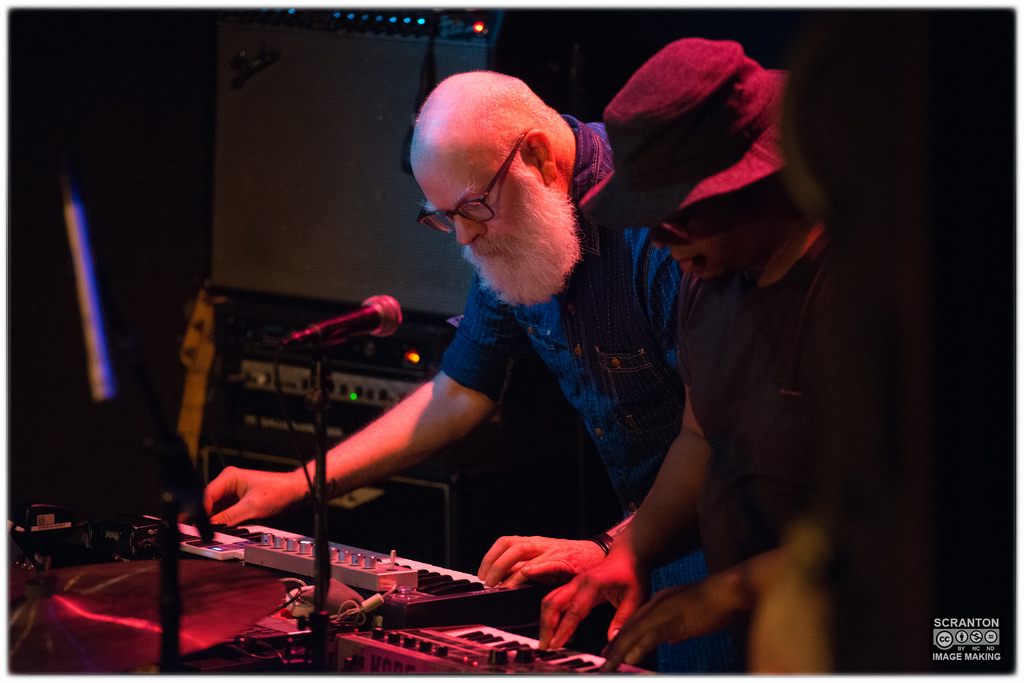 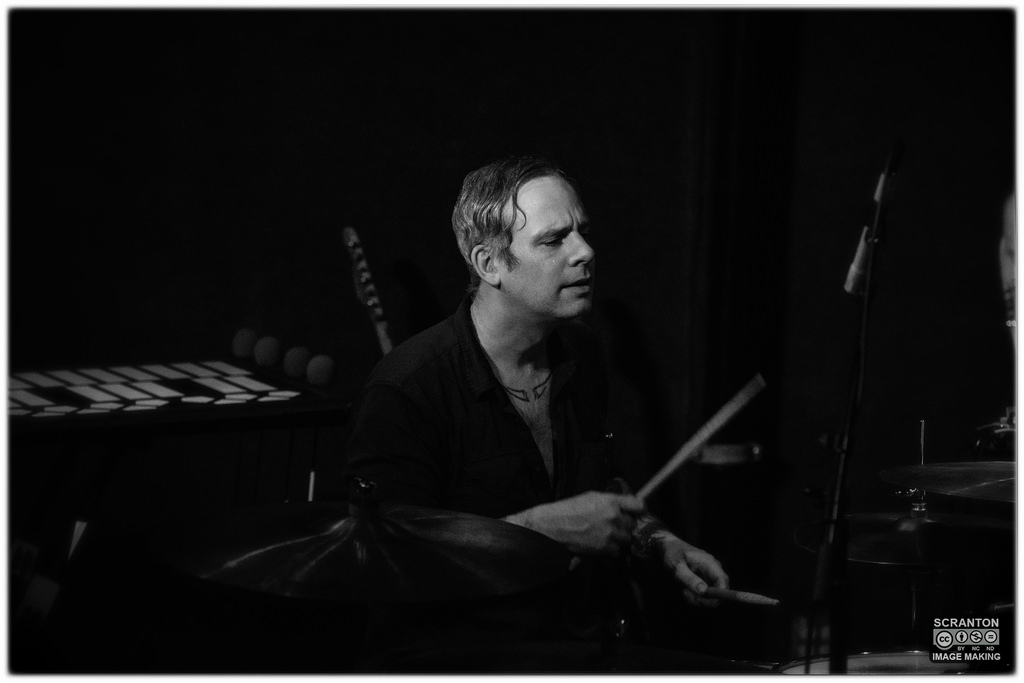 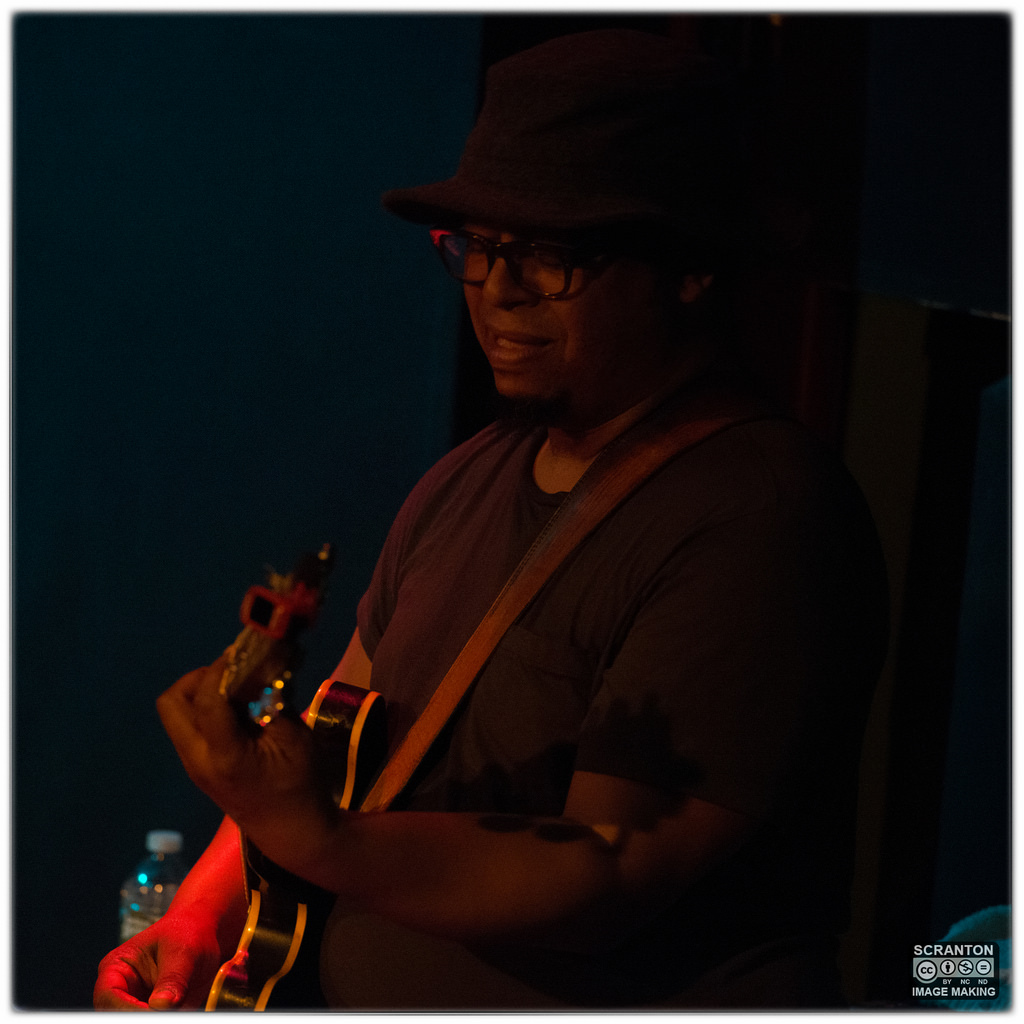 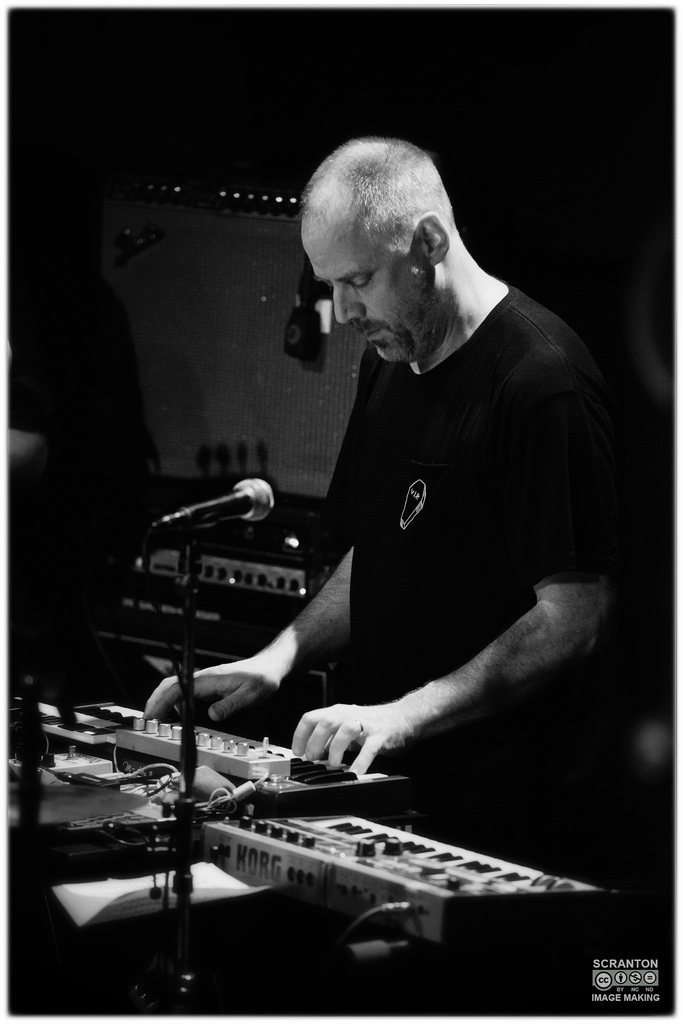 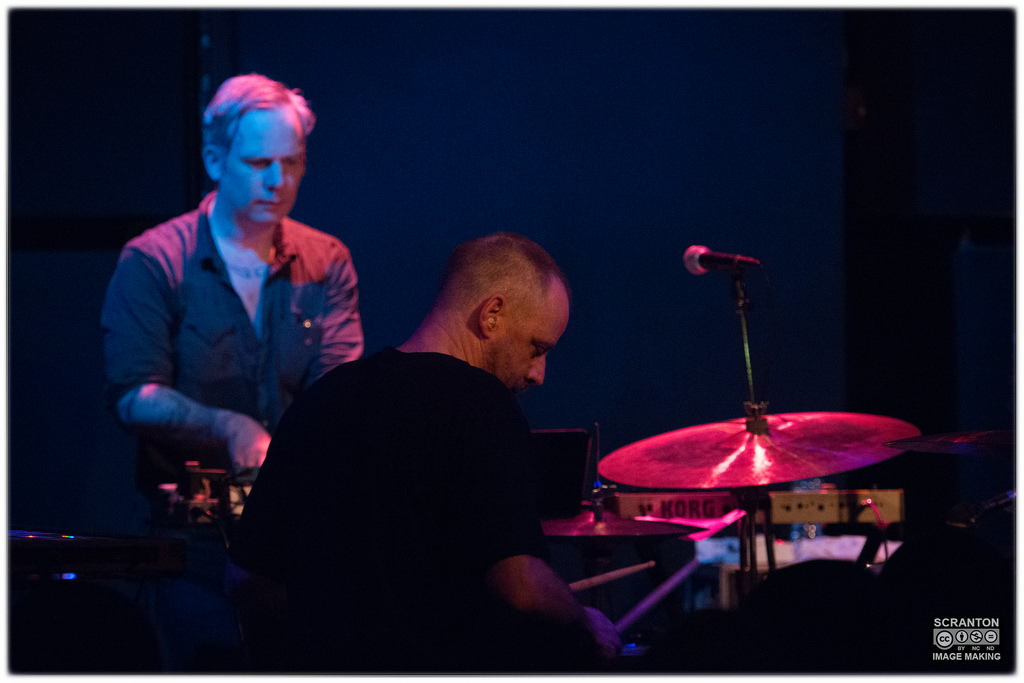 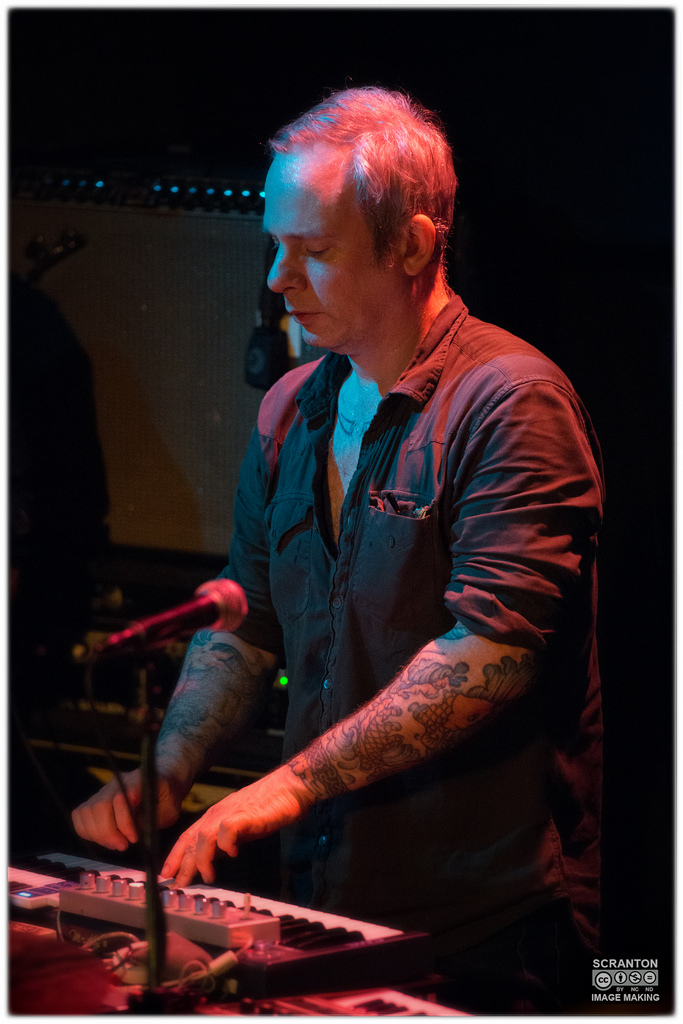 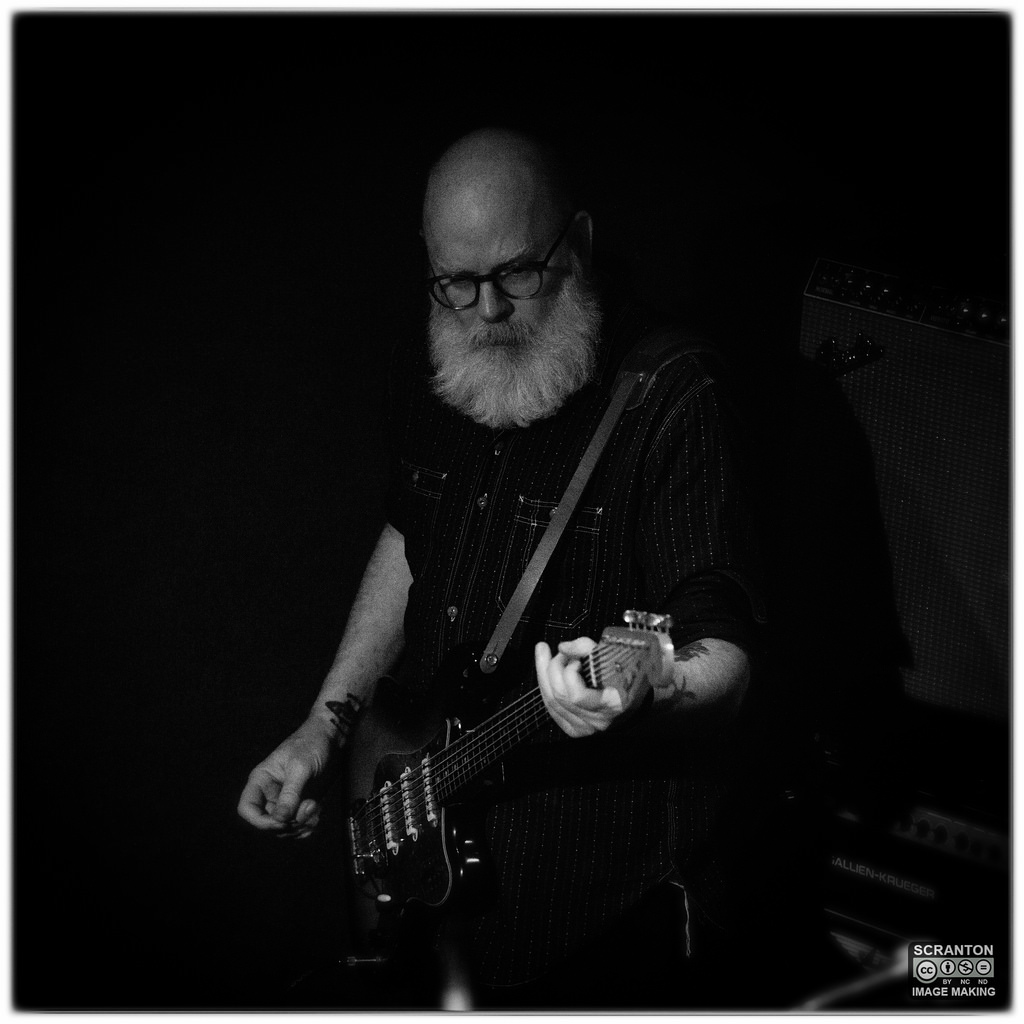 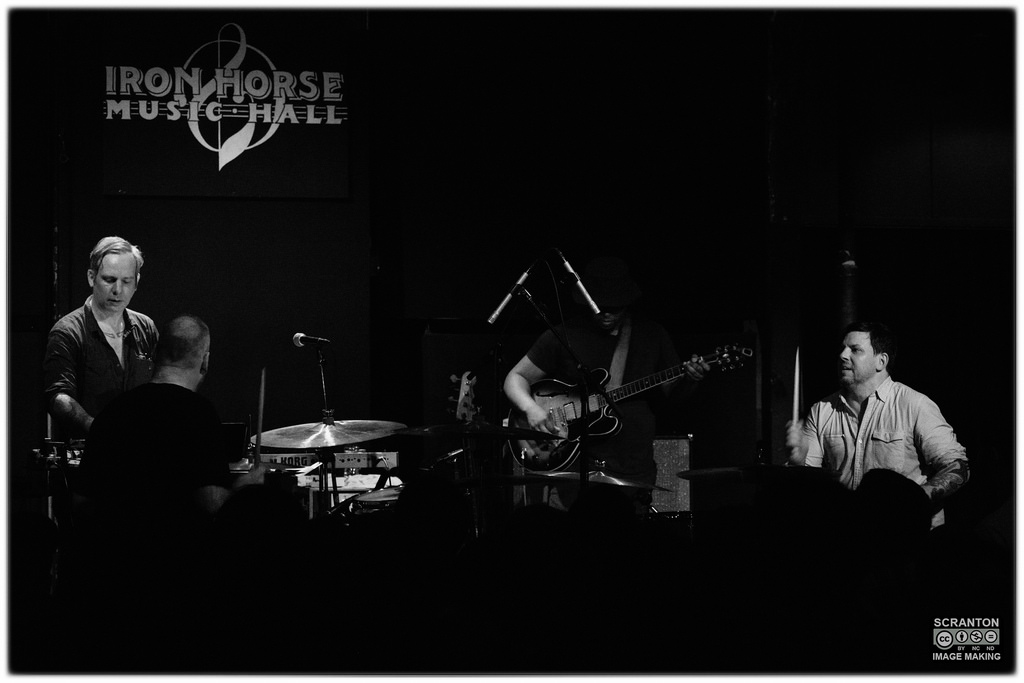 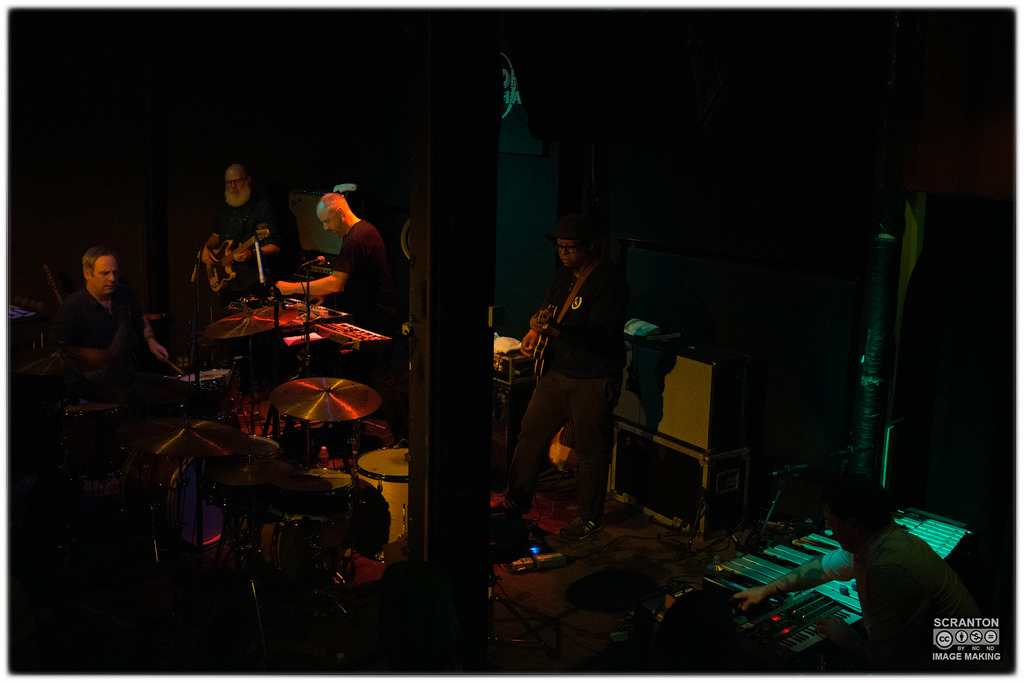 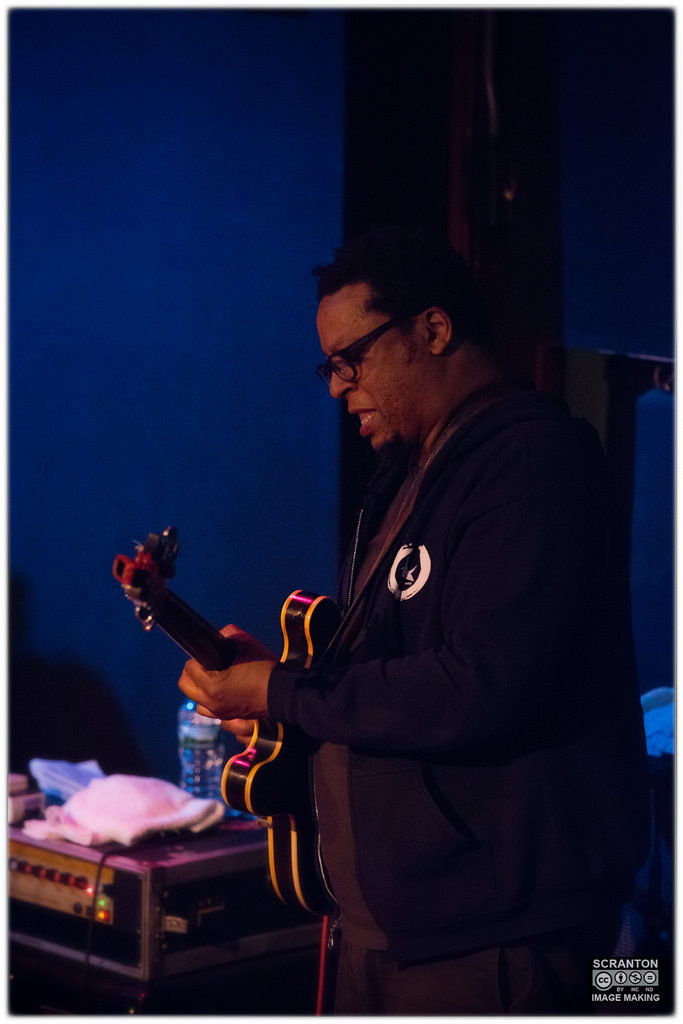 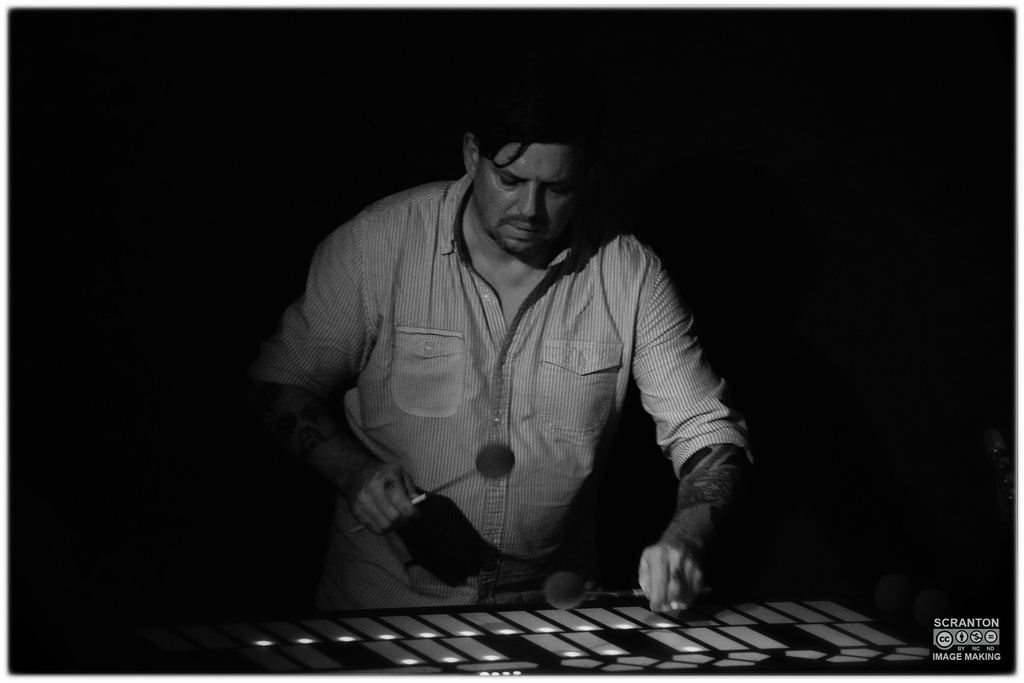 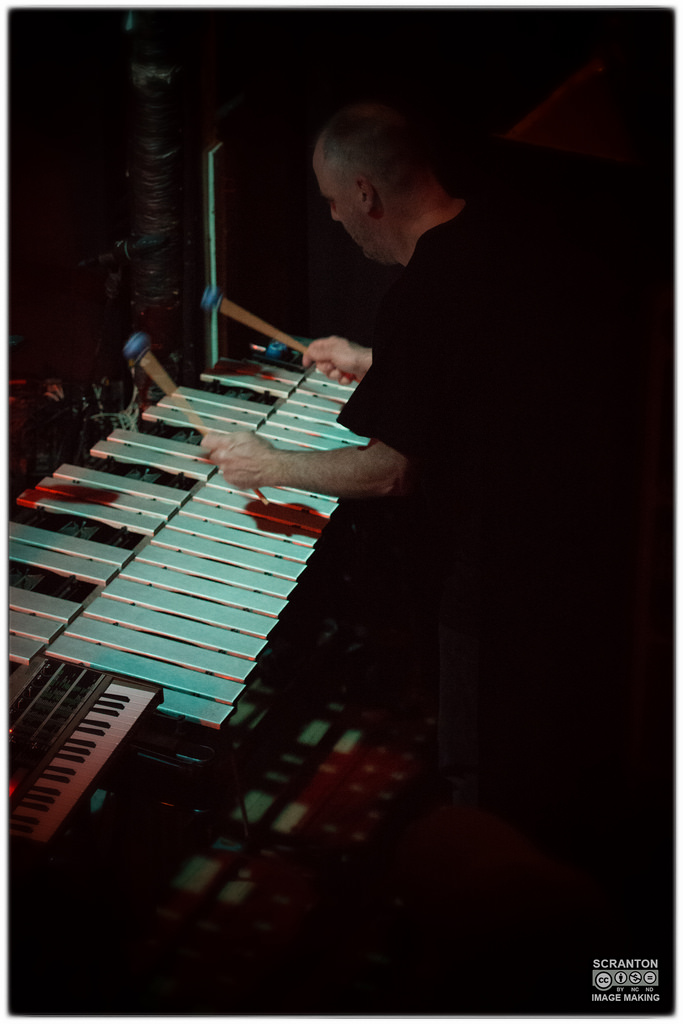 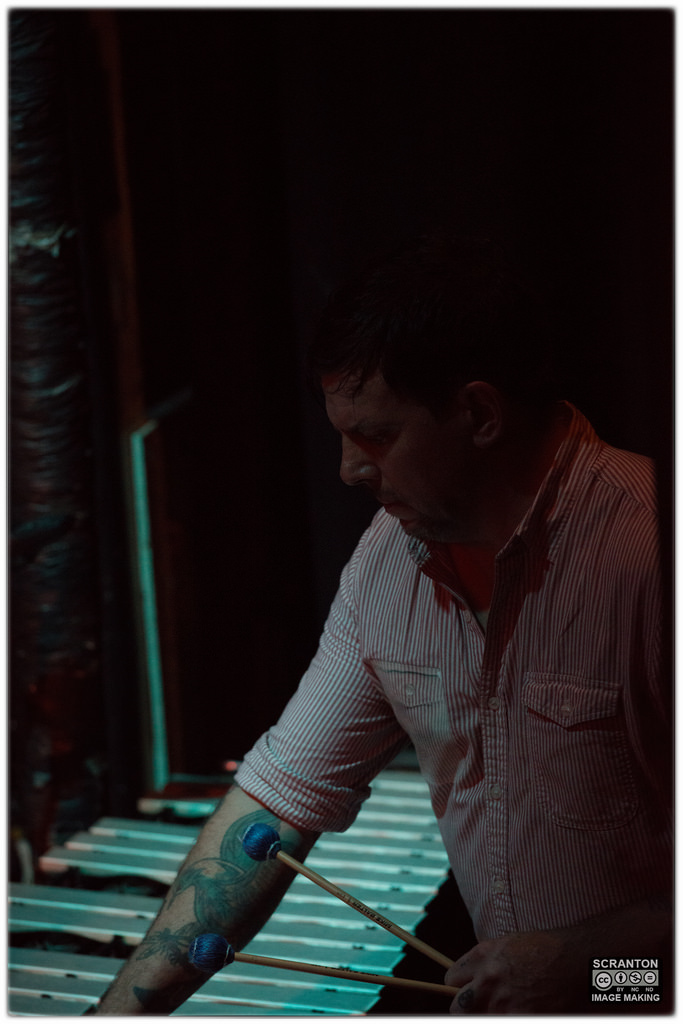 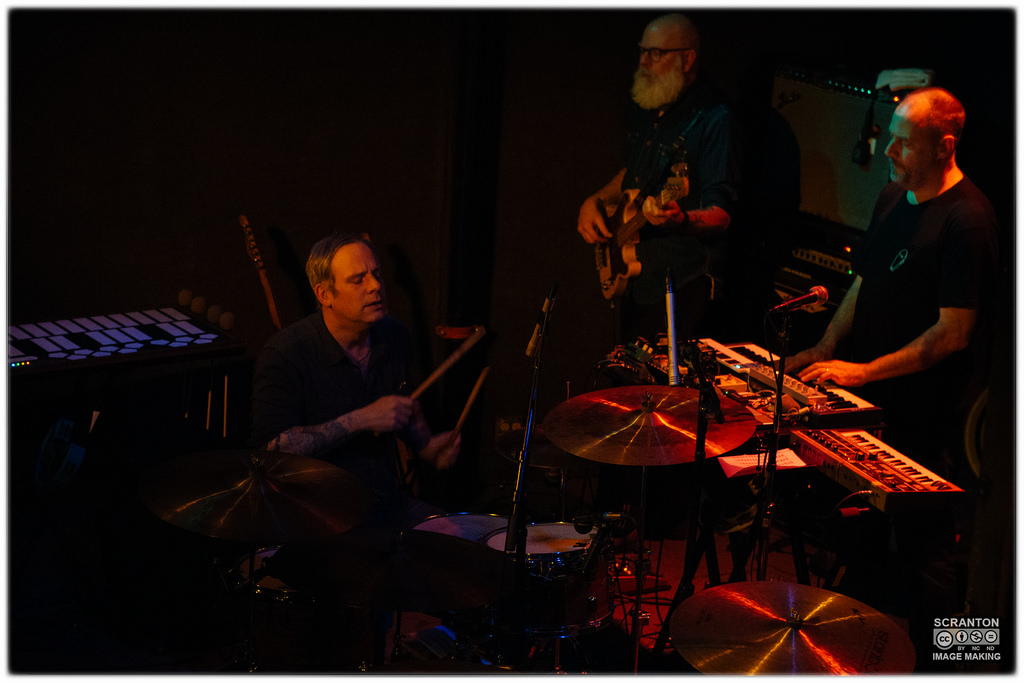 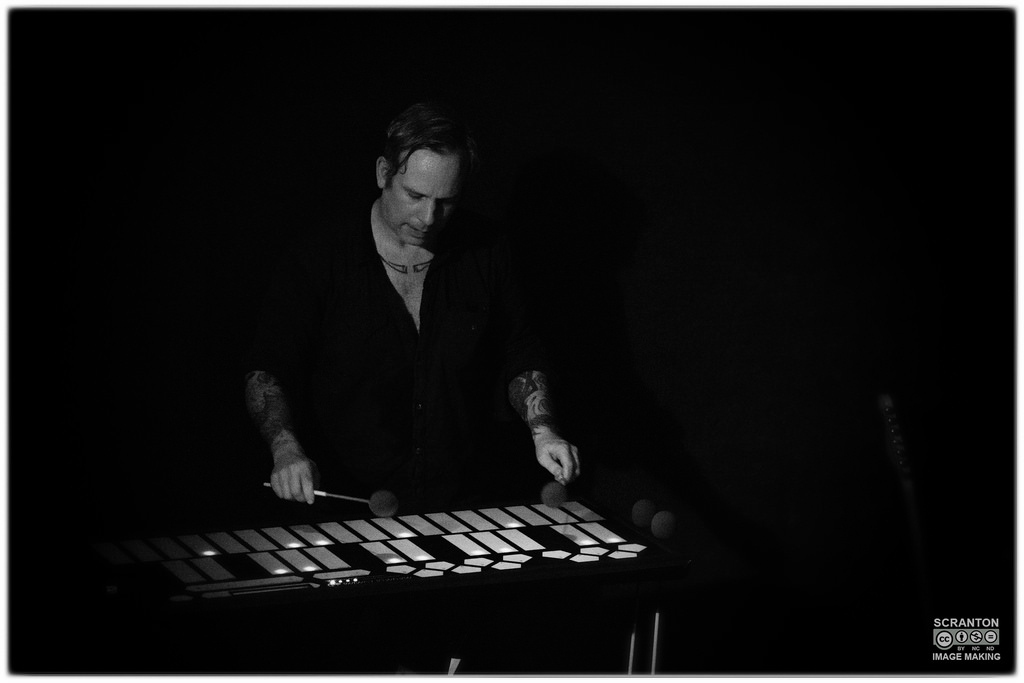 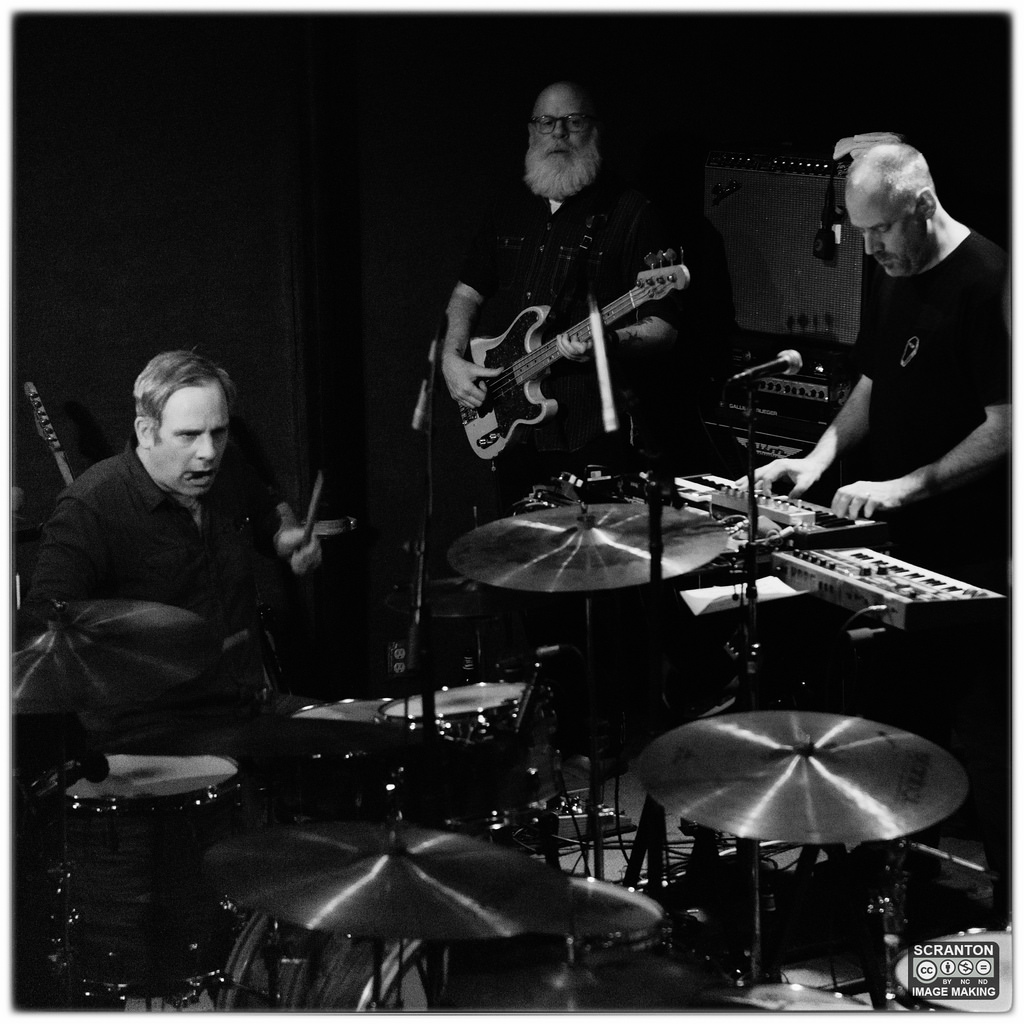 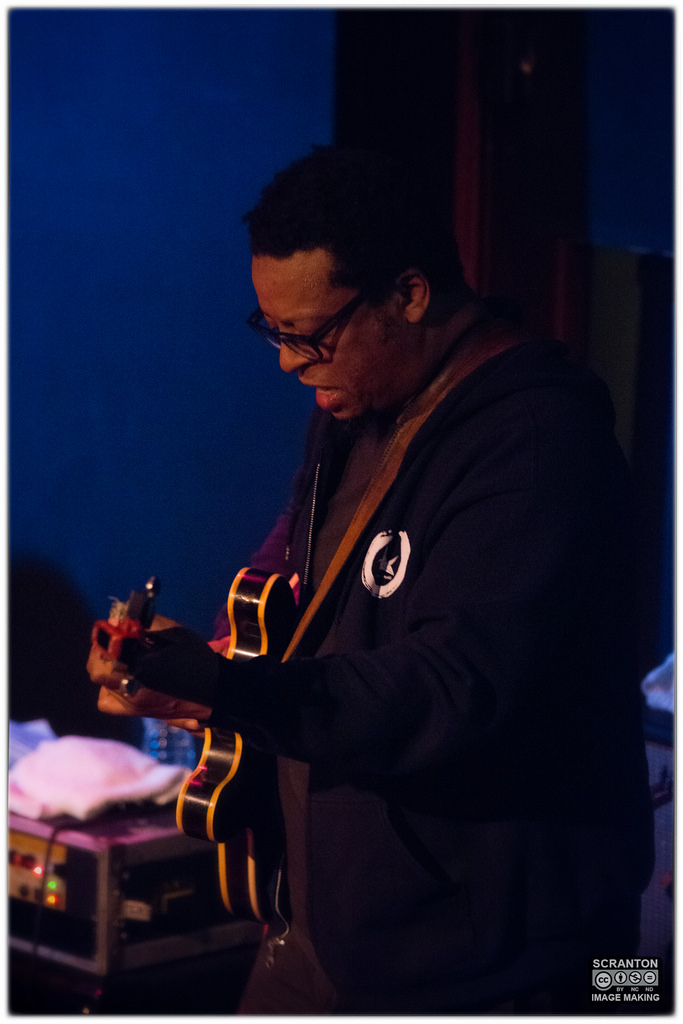 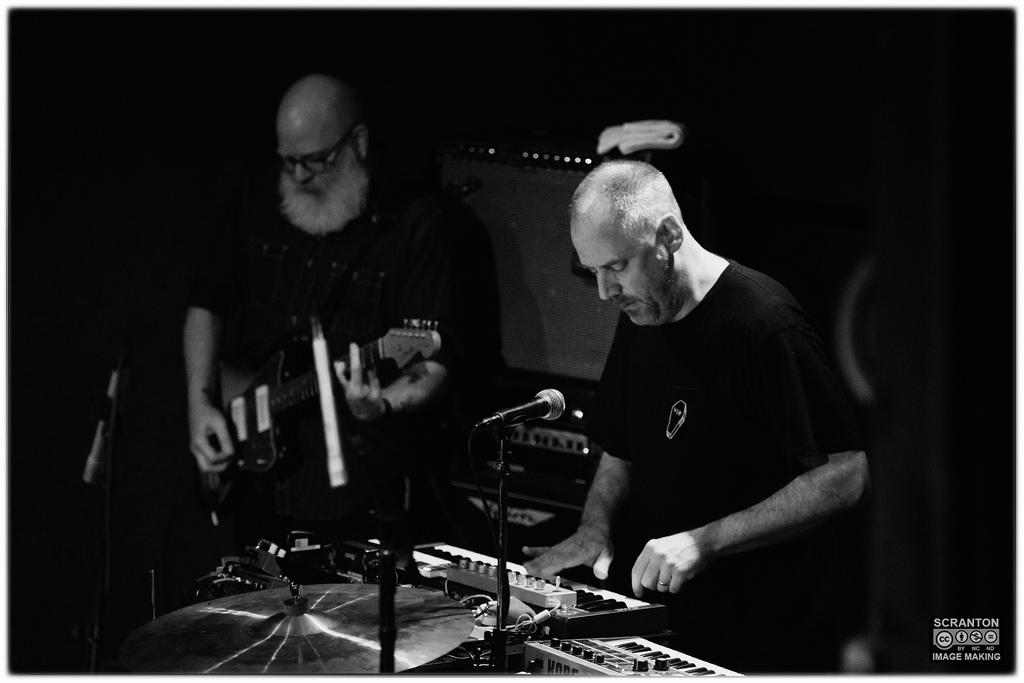 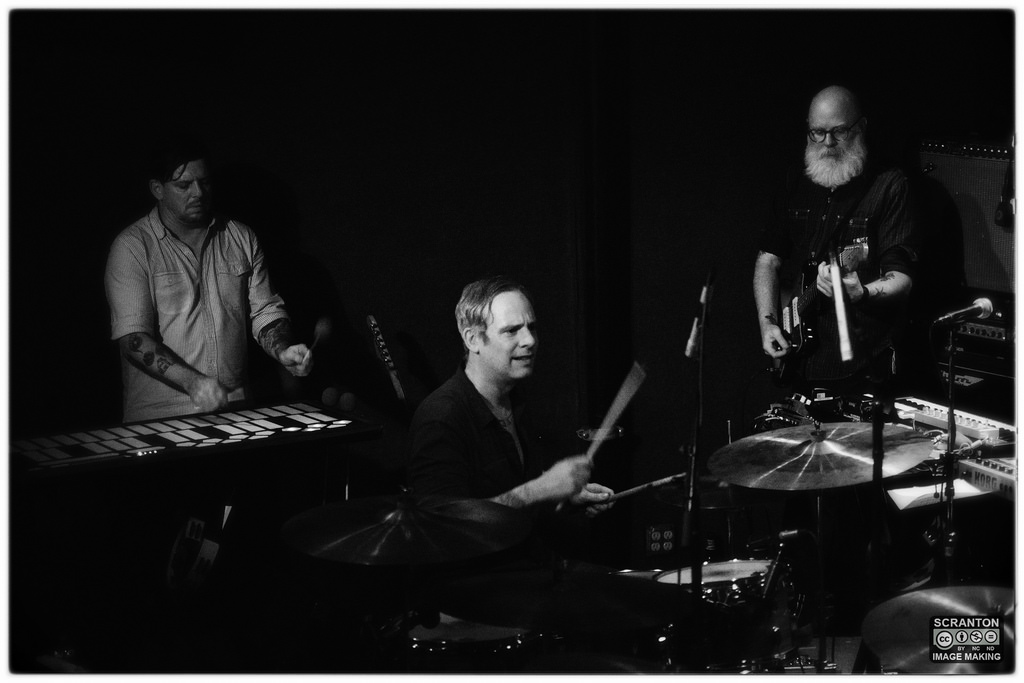 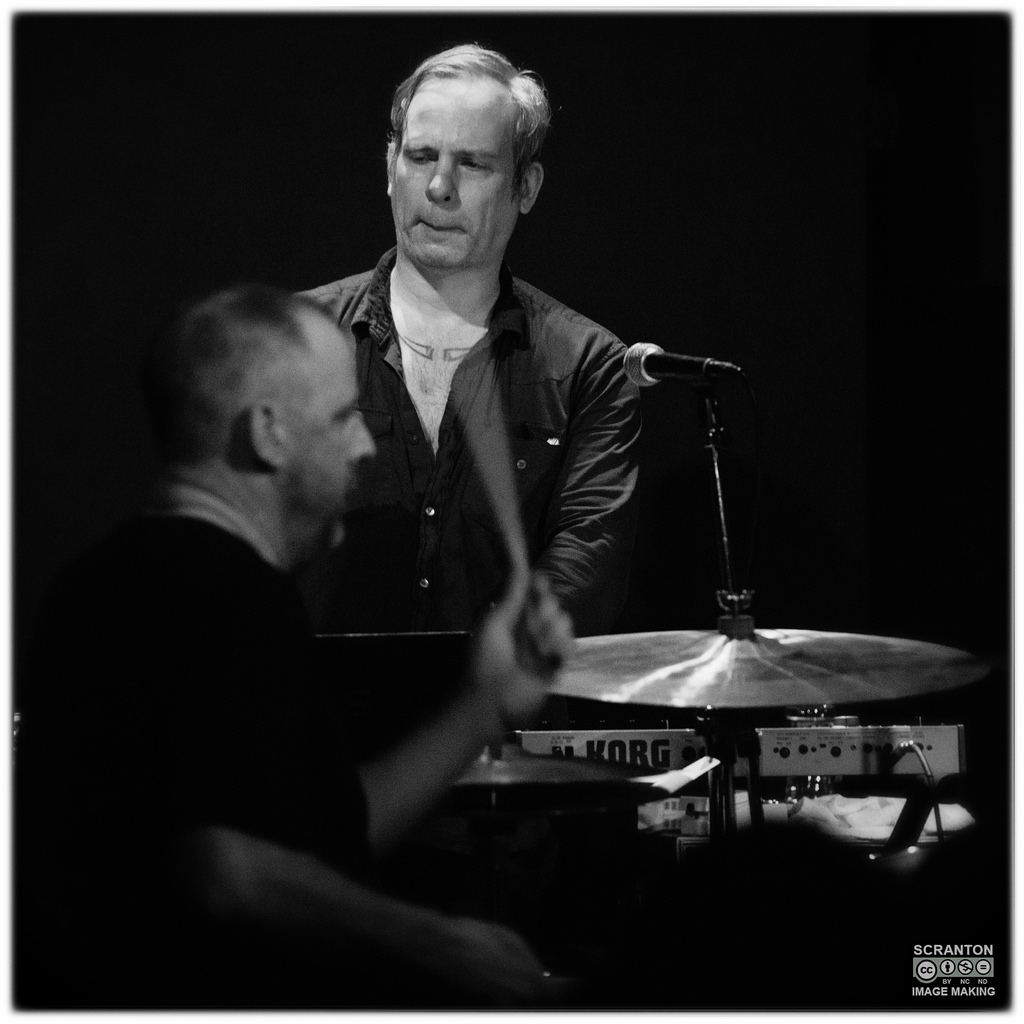 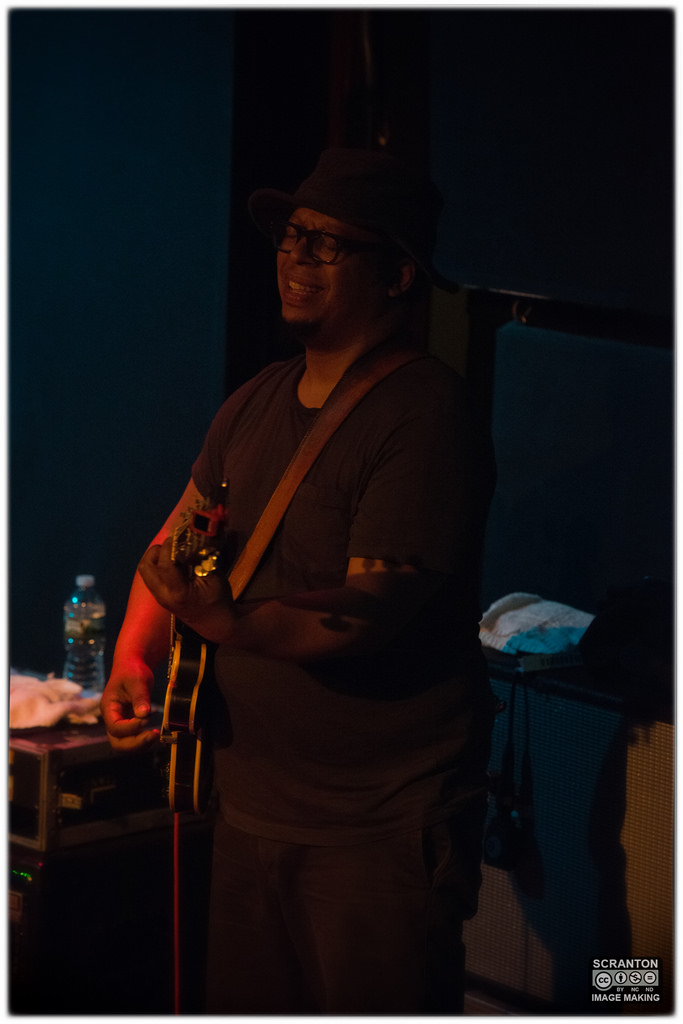 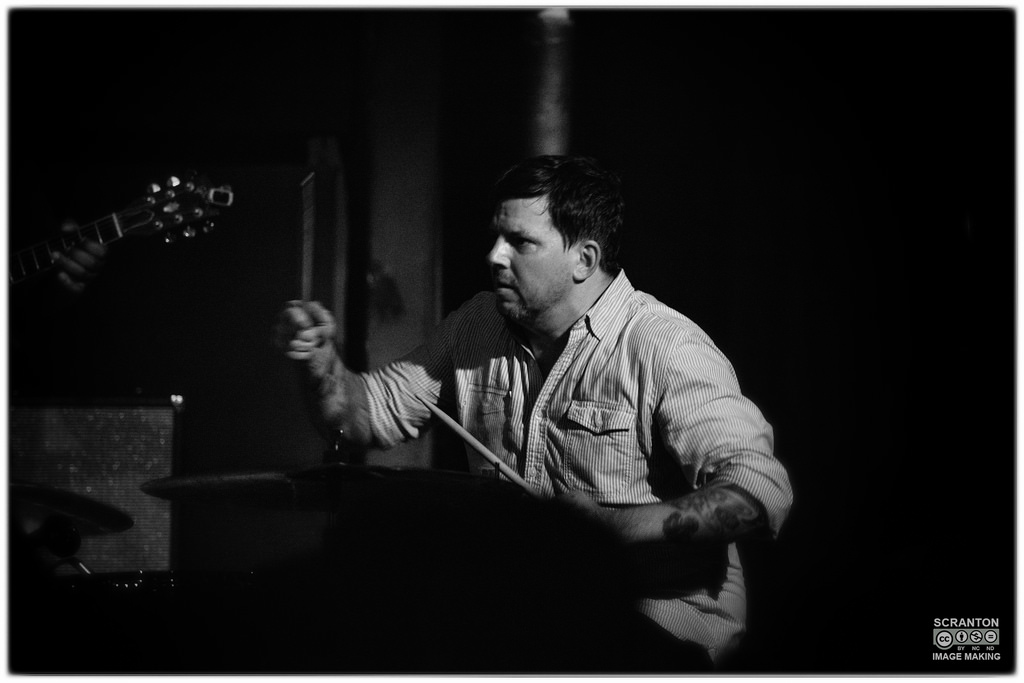 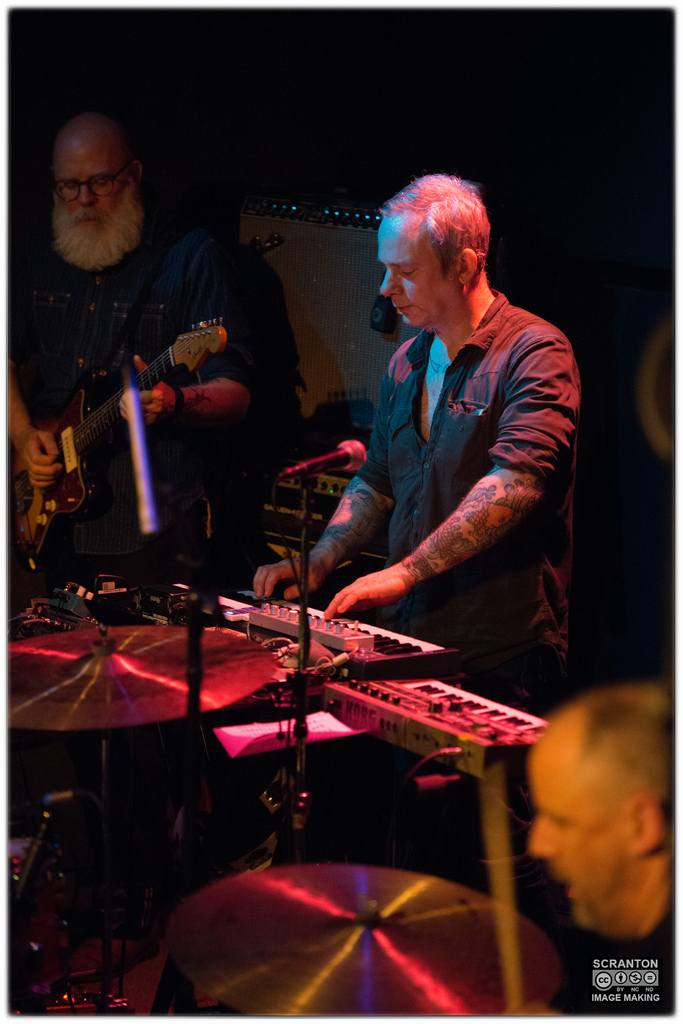 May 14
The Launchpad
Albuquerque, NM