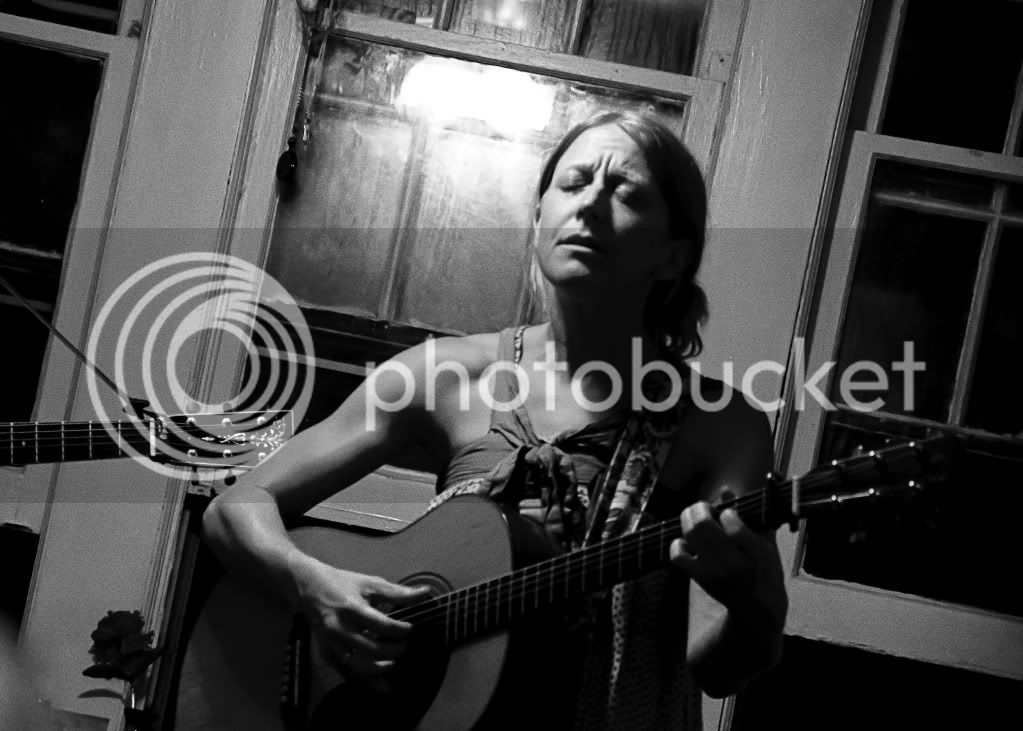 There are a lot of perks to being a music journalist: the travel, listening to live music, meeting hip people and sometimes the musicians you’ve idolized for years. As cool as all this may seem, it can also be the worst things about this gig. For instance, you might get a call at three a.m. because your photographer is drunk and excited about a country/folk act you have never heard of playing a show somewhere you would rather not go. In this life there is no bitter without the sweet, and so I found myself grudgingly agreeing to see Danny Schmidt and Carrie Elkin play a joint called ‘The Loft,’ in what I was told would be both wonderful and historic downtown Dover, Dela(where?)
We arrive with nightfall, pressing past the pocket change pleas of the homeless to enter a green door with nothing save a single promo-poster advertising the Schmidt/Elkin show. After filing up a decrepit staircase we were met by the proprietor, Arturo. He greets us with these very words: “Welcome to the Loft, the beer is free, gas is not.”
For the low price of whatever we felt like giving ($6 apiece in our case) we were ushered through the threshold into what looked like a mix between a late nineties DIY club and an artist’s studio. Minimalism is the word, other than a mixture of classic art, tintypes of 19th century stage actresses, hand-crafted collages and sheets of handwritten nonsense tacked to the walls, there was little to be found within.  No sooner than we had entered, Arturo (who might have also lived there) appeared before the meager audience, antique sword in hand for some reason, to introduce Schmidt and Elkin.
Schmidt resembled a 1920’s labor rights activist. Elkin a sixties southern beauty in a flowing, flower print. Like any good journalist, I had done my homework. If you would call my photographer’s oral history of the duo, which is dubious at best, (especially the episode where he claims Mr. Schmidt fought a chimpanzee to a draw in a bar on Bourbon St. in New Orleans) homework. Here’s what is true: Texas native Danny Schmidt has led something of a troubadour’s life, wandering across the country like that great hero of American folklore Woody Guthrie. His songs are a defense of that which is still good and true and valid about ordinary folks, he often weaves complex plotlines over no-less intricate picking patterns.
Ms. Elkin has a more standard country-western delivery, and by that I mean country western as still extant in small, self contained pockets in the rural West or deep South that still bravely denies there’s anything country about the Nashville monoculture saturating the airwaves.
Taking the stage, (if it could be called that) the duo gave some small self introduction before settling on a peaceful number featuring corresponding harmonies, Ms. Elkin amazingly verbose for such a small woman, filled out Mr. Schmidt’s fragile voice in a soaring alto while strumming rhythm. For the next track, positions were exchanged. Ms Elkin took the lead, singing an original composition.
One thing that doesn’t translate well over youtube, an attribute often lost in the recording process is sincerity. Perfect pitch is good and well, but emphatic strain and emotive resonance rarely transcends medium. This is where the two musicians, especially when harmonizing together, triumph.
As the set wore on their conviction only increased, Mr. Schmidt’s eyes closed tight and singing into the rafters as Ms. Elkin danced hypnotically in slow circles around the stage lost to the music. The crowd stood silently throughout the set, in fact increased as those who showed up mainly for the free booze found themselves gravitating towards the group like moths to a flame. People entered freely as the proprietor lay prone across the floor in ecstatic oblivion to “Stained Glass,” a song he had requested and crowd favorite that had those familiar in the audience singing along.
As the set closed out, I found myself converted from skeptic to fan–and it truly was a show for fans. After packing up their instruments Mr. Schmidt and Ms. Elkin hung around for an hour conversing with fans, a number of whom had travelled from upstate New York, others from the dismal depths of New Jersey, additionally there was a pleasant couple from Virginia. For me, it was a pleasure to speak with a group of musicians, not entertainment types who seemed more interested in selling me a record than speaking. And perhaps that’s why I did buy the album. I would encourage you to do the same.
MP3: Danny Schmidt “Guilty By Association Blues”