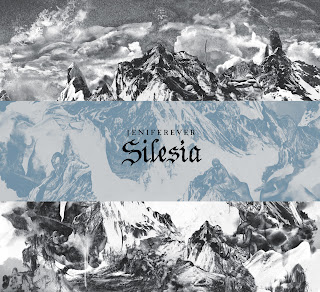 Jeniferever: Silesia
When we last heard from Swedish band Jeniferever, they were releasing 2009’s Spring Tides. Though musically sophisticated, it seemed as one long, melodramatic track rather than an album. It was almost a somber rock opera, in some ways. The foursome return with this past April’s release of Silesia.
Straight from the get-go you can pick up a slight change from their last album to this one. The ambient-rock is still there, but it does start to carry more of a pop undertone.
The self-title opening track “Silesia” has an electro feel to that reminds me of downtempo. The keys and guitars go the way of laid back as opposed to the previously sad and upset feel of Spring Tides. “Waifs & Strays” may be the most cheerful Jeniferever track I’ve ever heard. It continues with the somber aspects I’ve come to know the band for, but it doesn’t sound overly depressing; there’s a smidgen of hope to it. A good comparison would be Death Cab for Cutie‘s “A Movie Script Ending”. The melody can be quite cheerful and laid back, but the mood of the vocals doesn’t have to be construed as elation.
Overall, Silesia is a bit different of a sound than Spring Tides. It was nice to hear something a little different from the band but unfortunately, the heaviness of the music still became difficult to digest. Several songs were over 5 minutes long, culminating with the closing track, a 9 minute long slow tempo-ed outro titled “Hearths”. It was precisely here at the end that I found myself looking for one or two tracks to spark some energy into the album a la Danko Jones type rock intensity. I’d have to describe Silesia as an ice cream challenge one takes with the bold choice of Bubblegum as the flavor. Eventually you reach a point where the stomach finds it hard to digest, when you’re past the simple trick of cleansing the palate in between bites. The melodies are there, quite easy to take in through the ears. Only, in time, your mind starts wondering why the sounds don’t strike some type of positive crescendo.
Rating: 4.2/10
MP3: Jeniferever “Waifs & Strays”
Buy: iTunes or Insound!