All of the attendees that showed up on time were getting nervous waiting in line under some pretty harrowing clouds in Orlando, FL. Only one of at least 45 of us were smart enough to bring an umbrella, and even that became contorted in the wind making it easier to close than actually use. A rush of rain and wind unfortunately confirmed everyones huddled whispers to each other. The doors were set to open for The Social at 6:00 p.m. so everyone continued to stay in line, but to our disappointment they did not start letting anyone in for close to 20 mins later. We were all soaking wet and cold, but once Lydia started to perform the pure warmth and energy from these guys just melted away any bad moods that may have been lingering in the room. 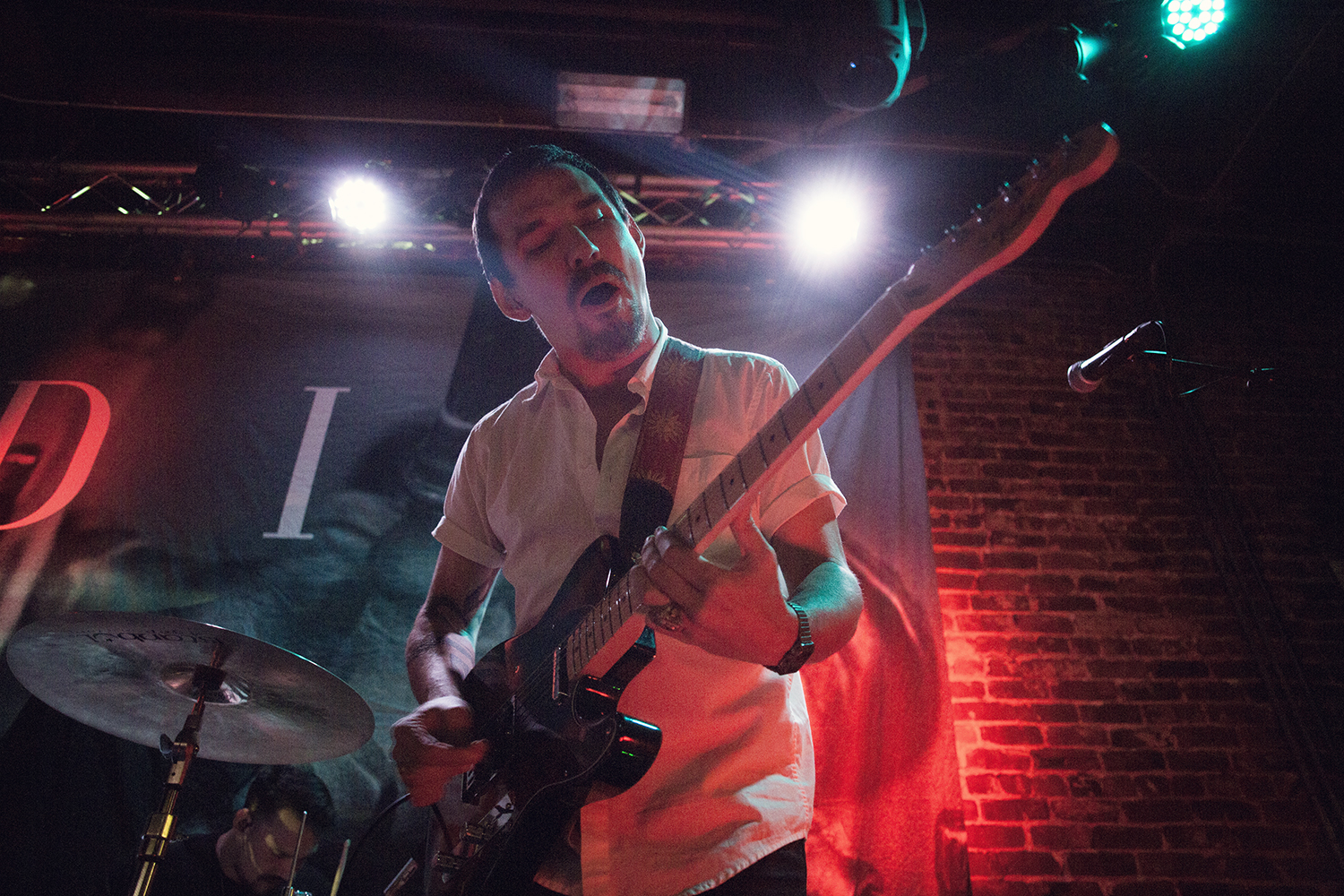 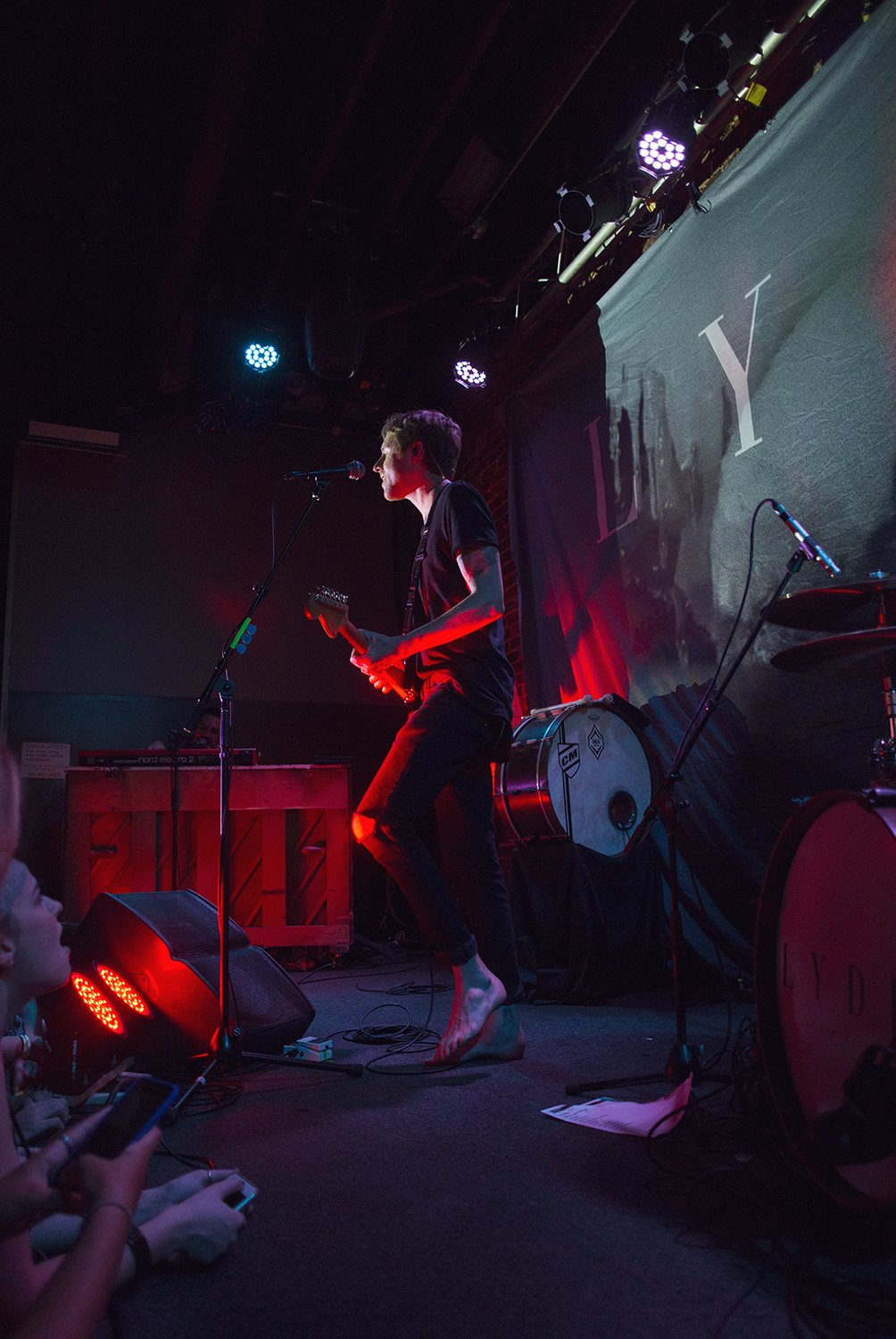 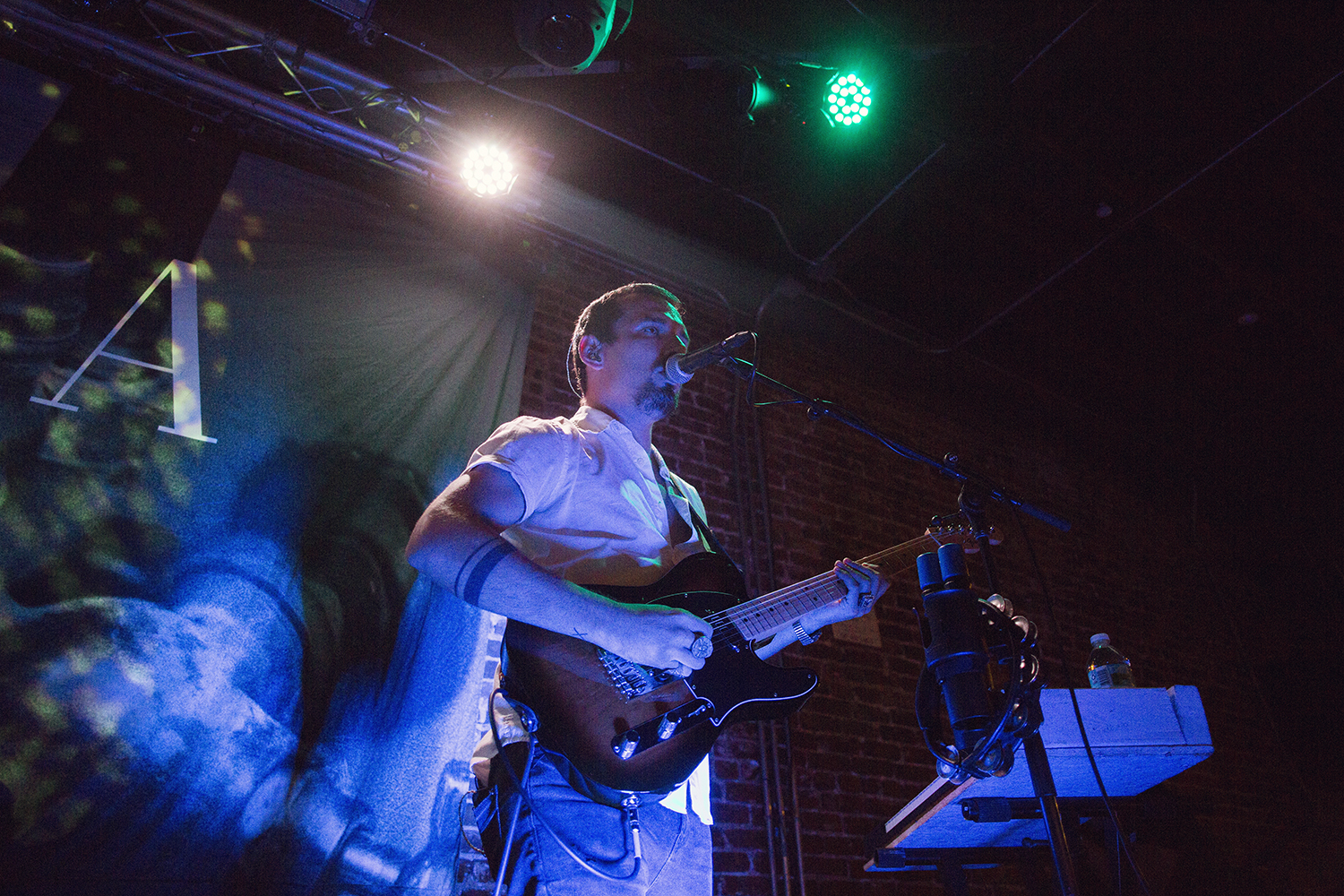 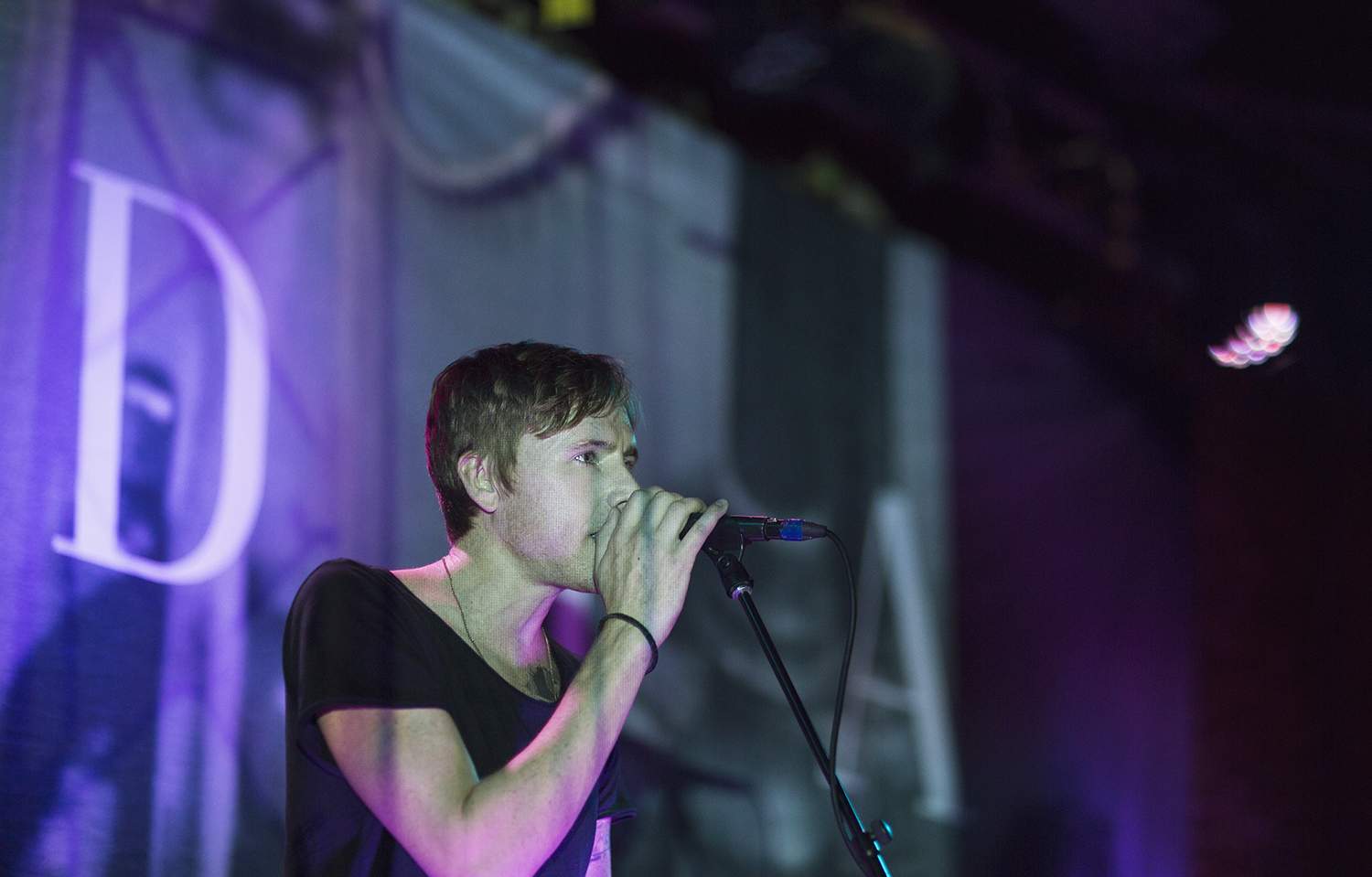 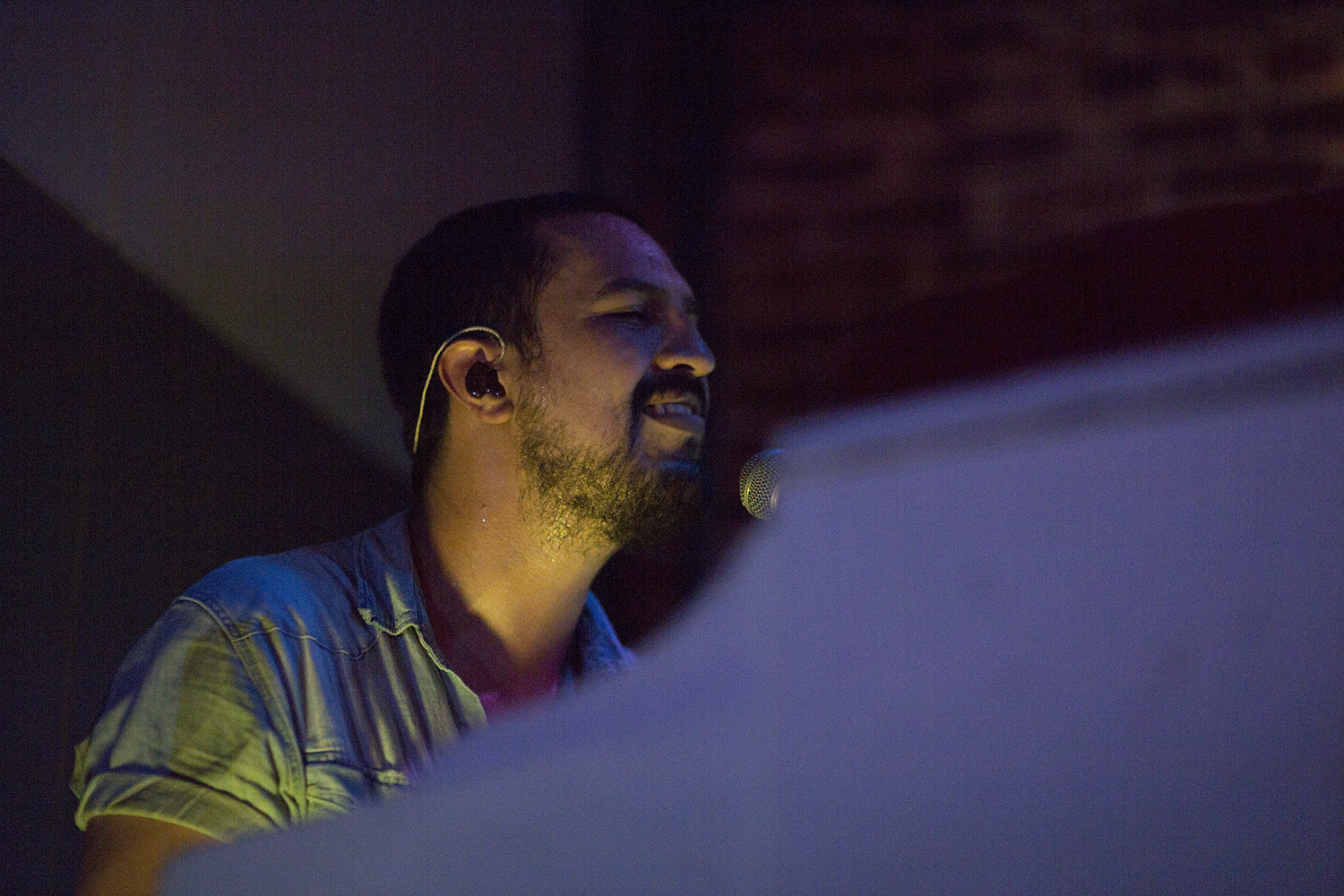 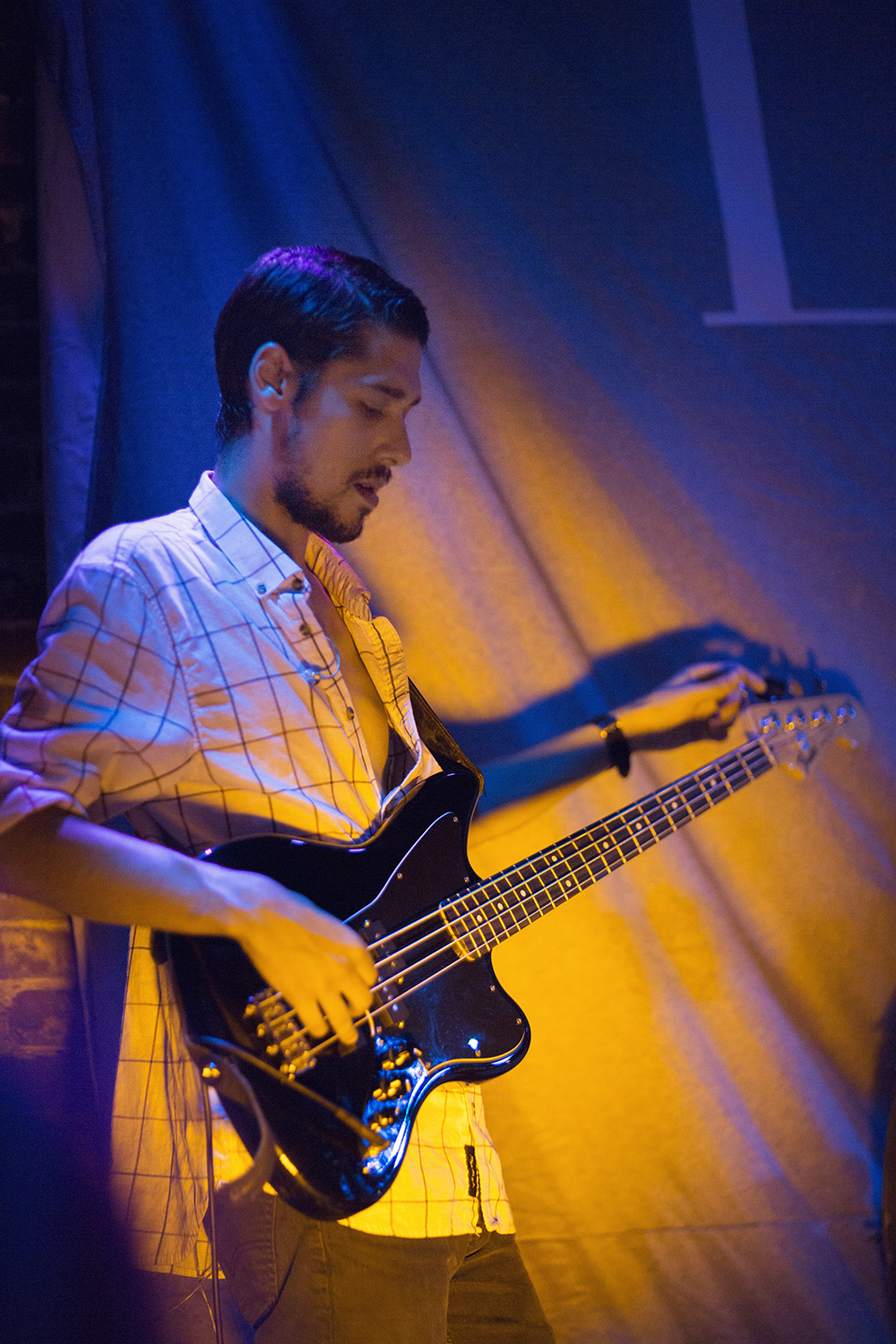 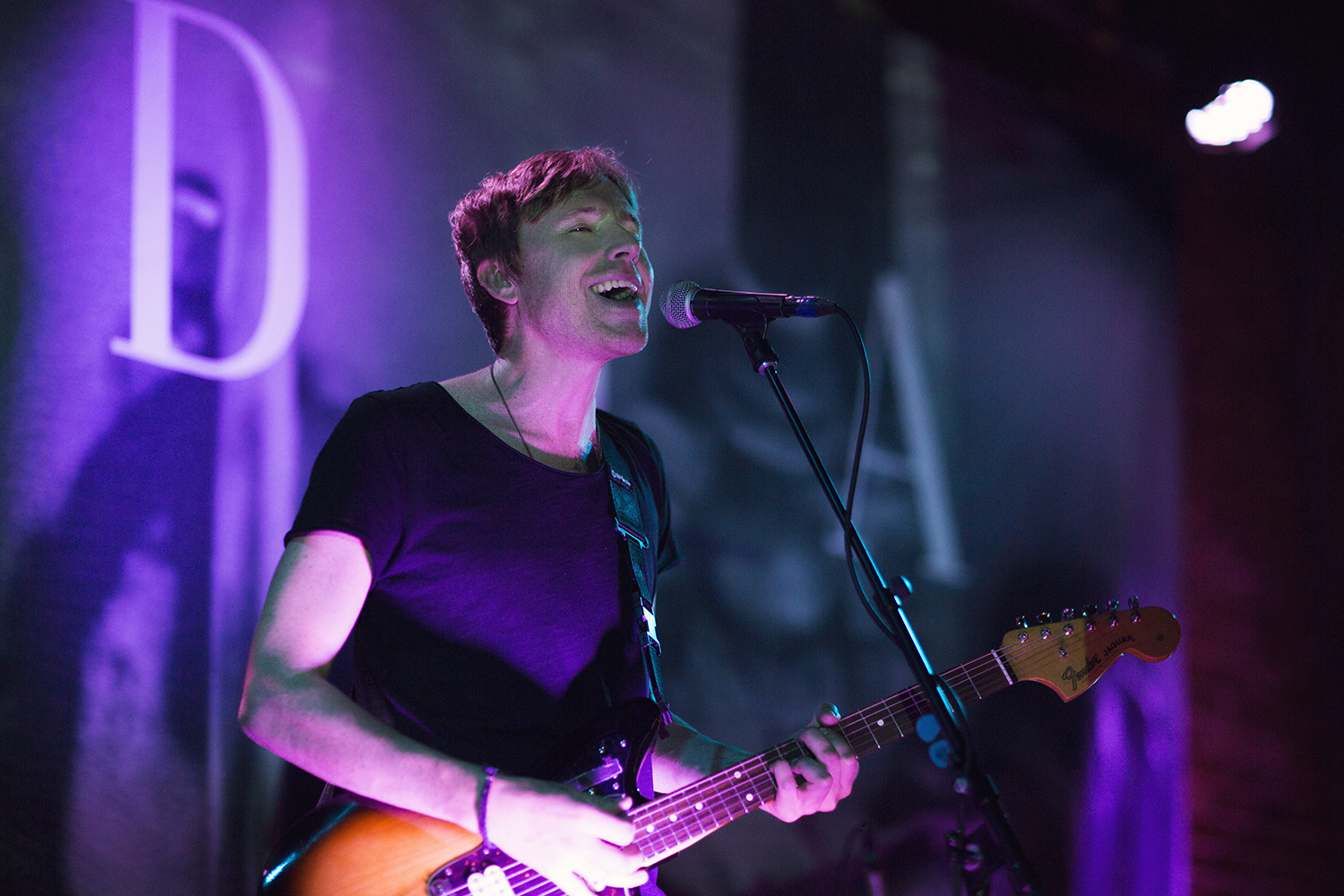 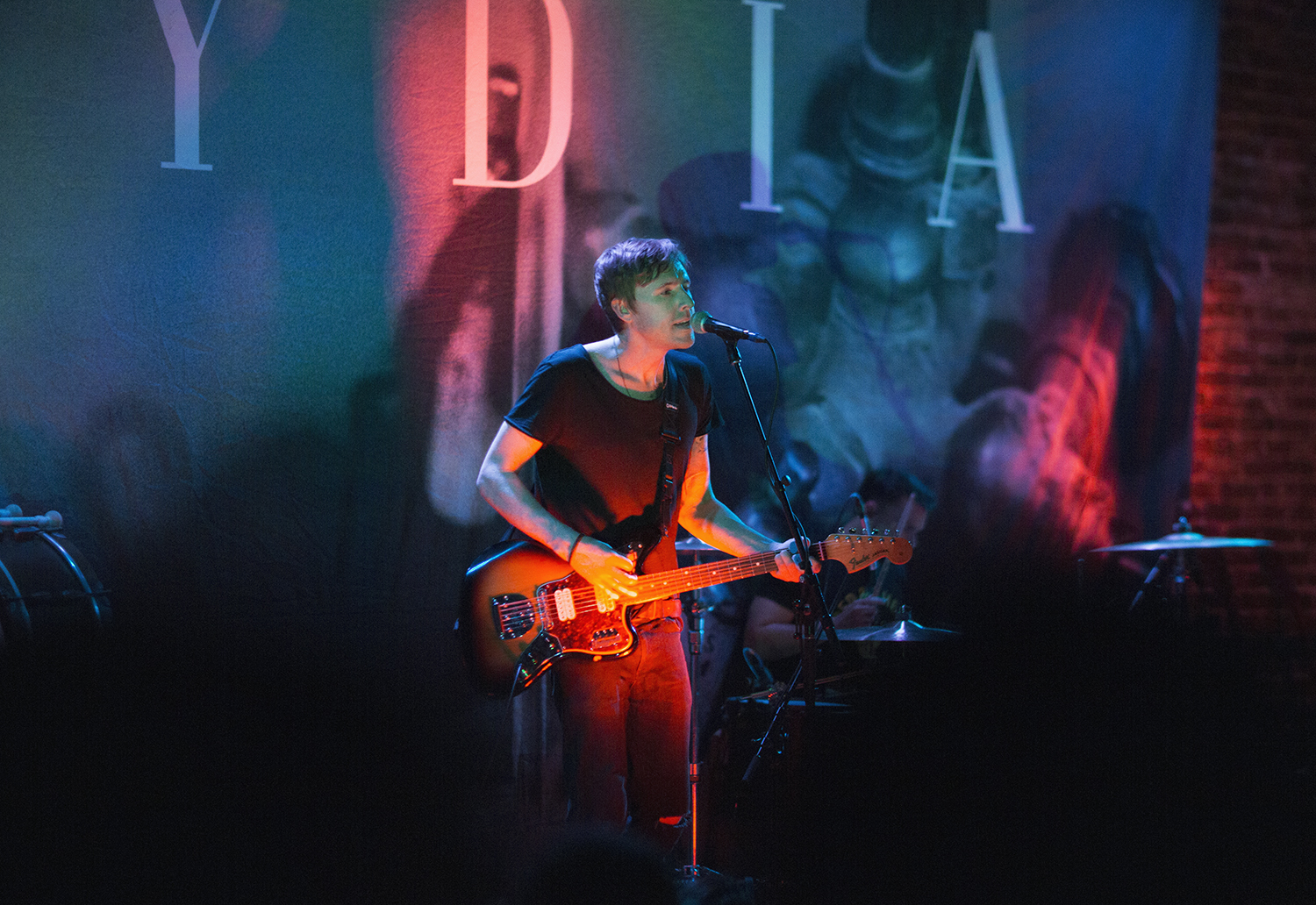 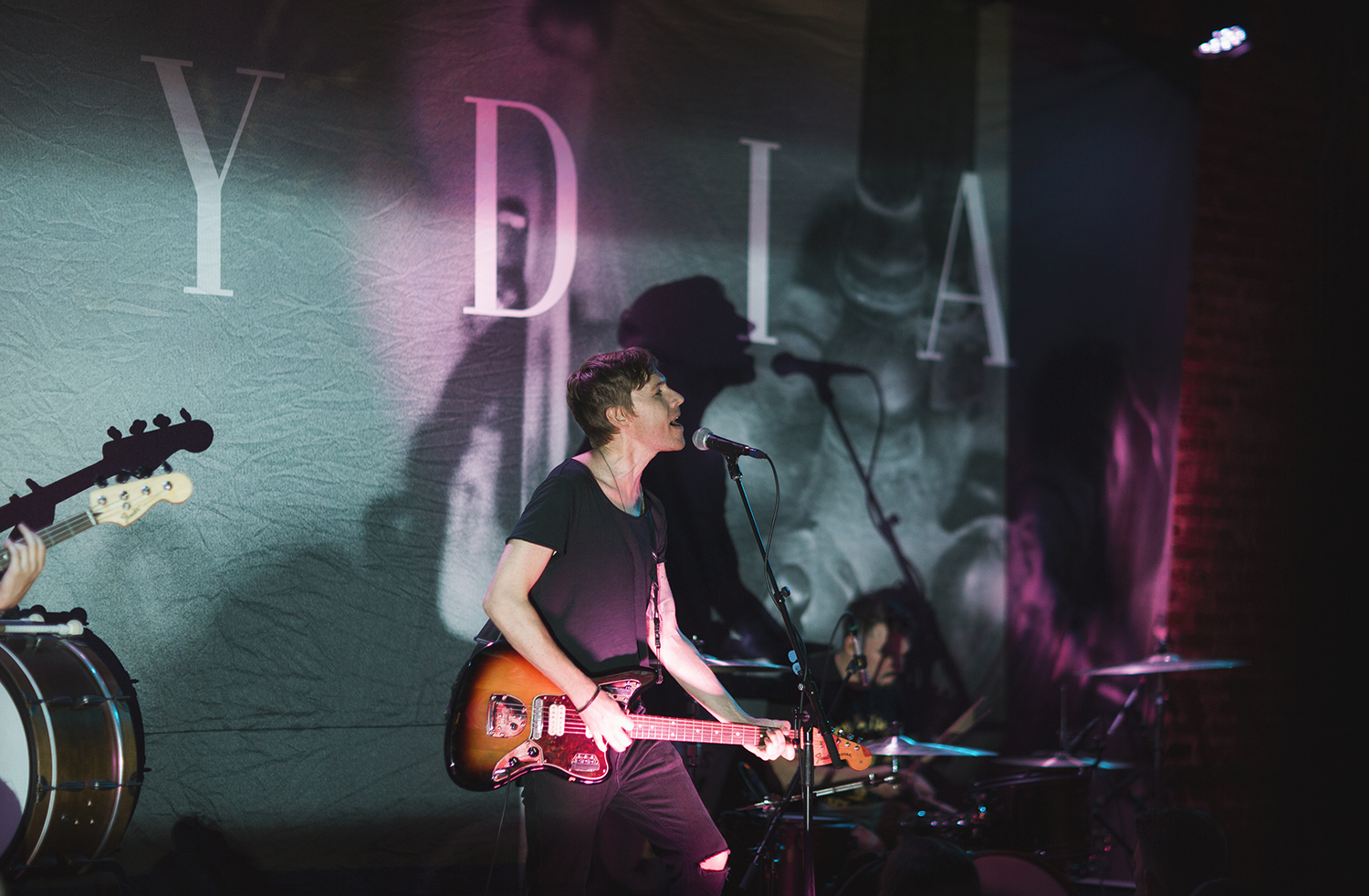 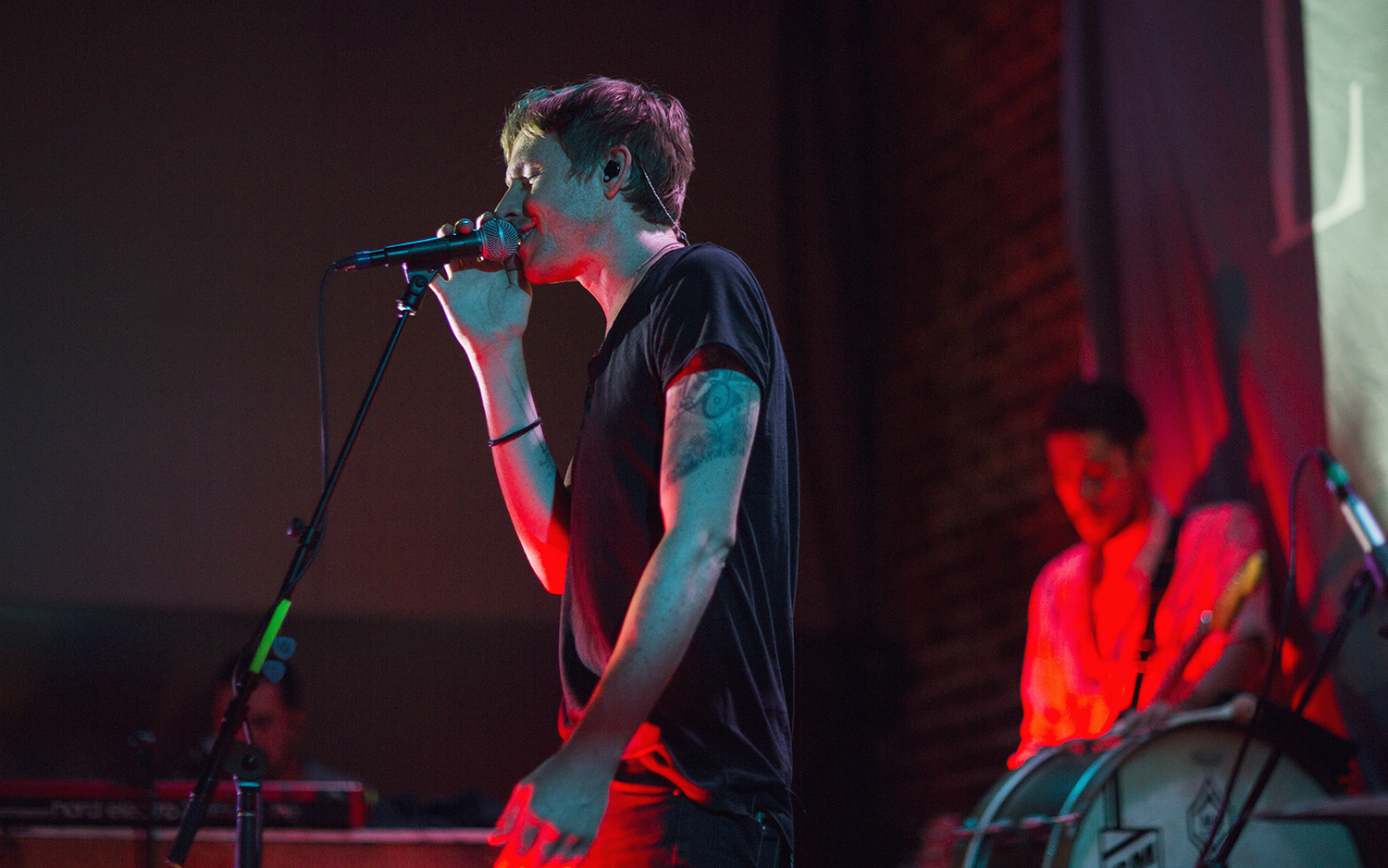 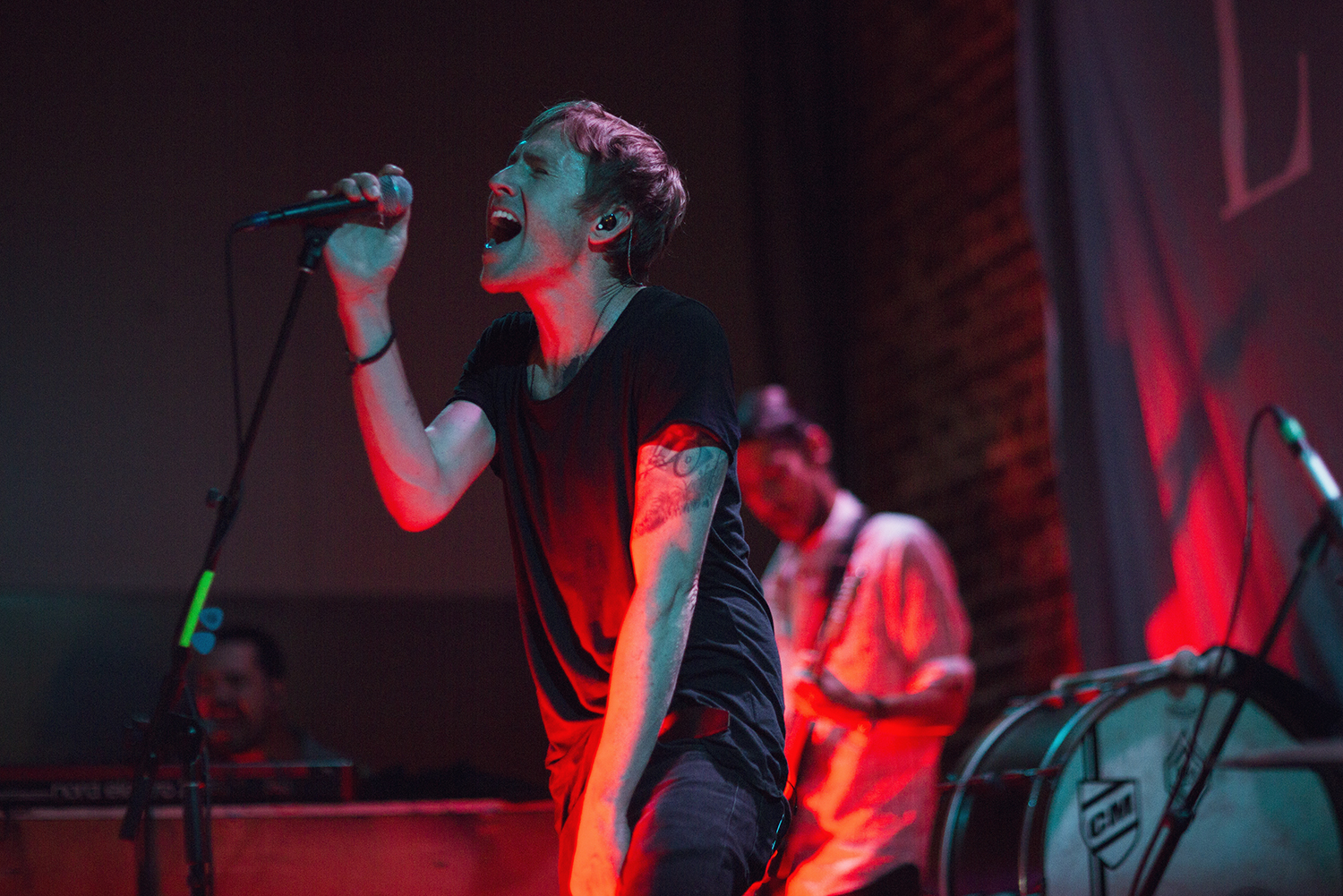 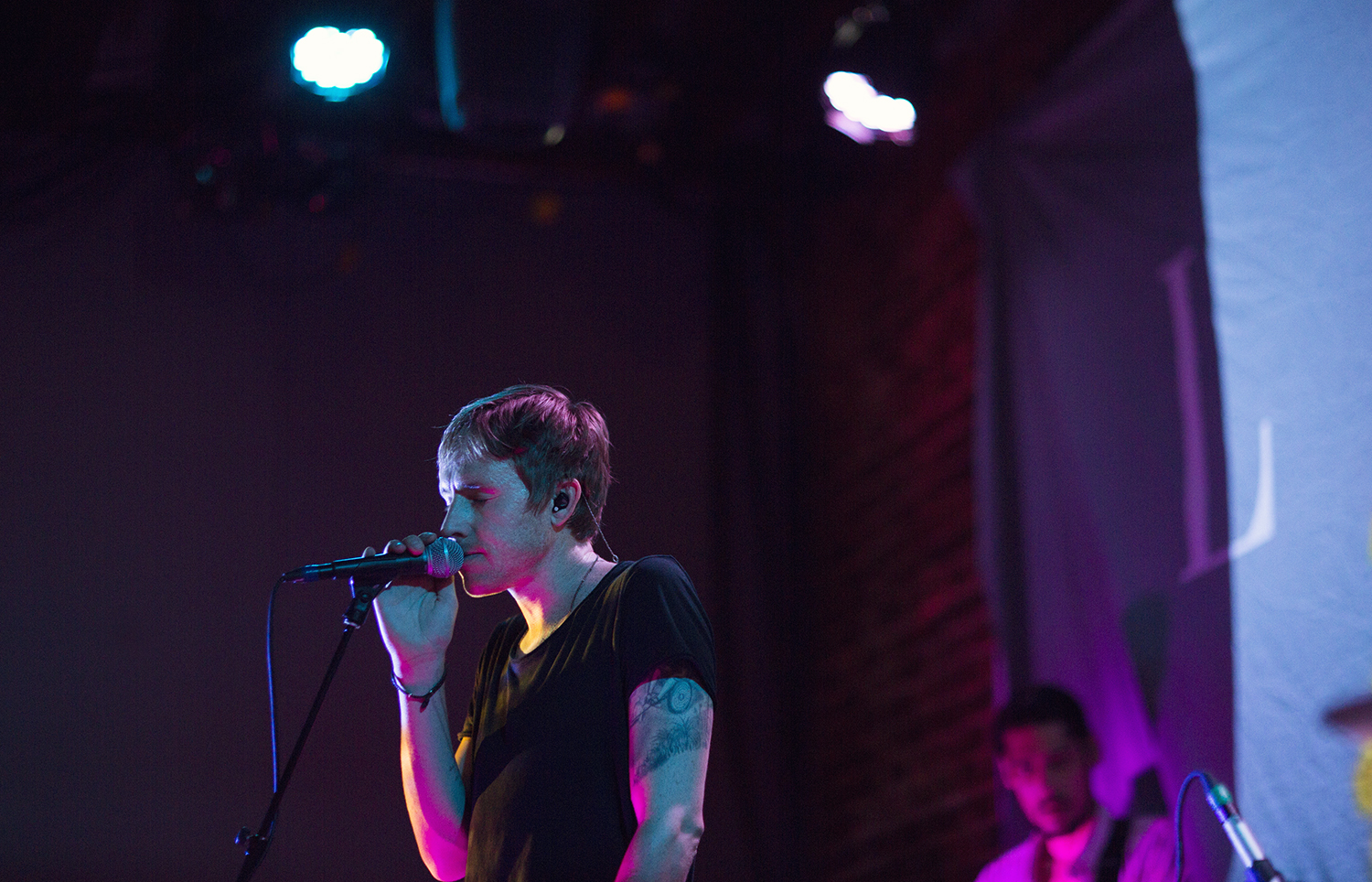 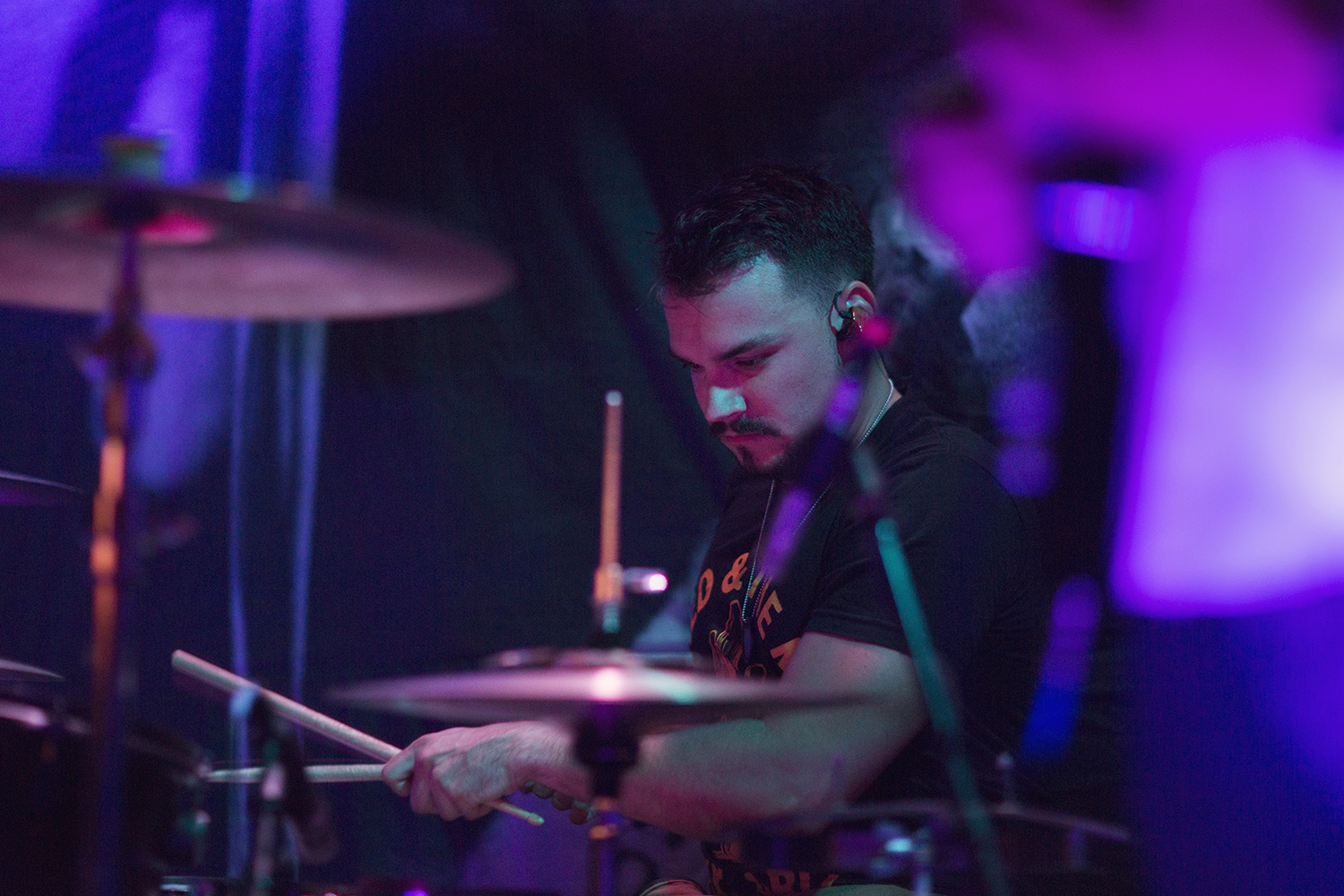 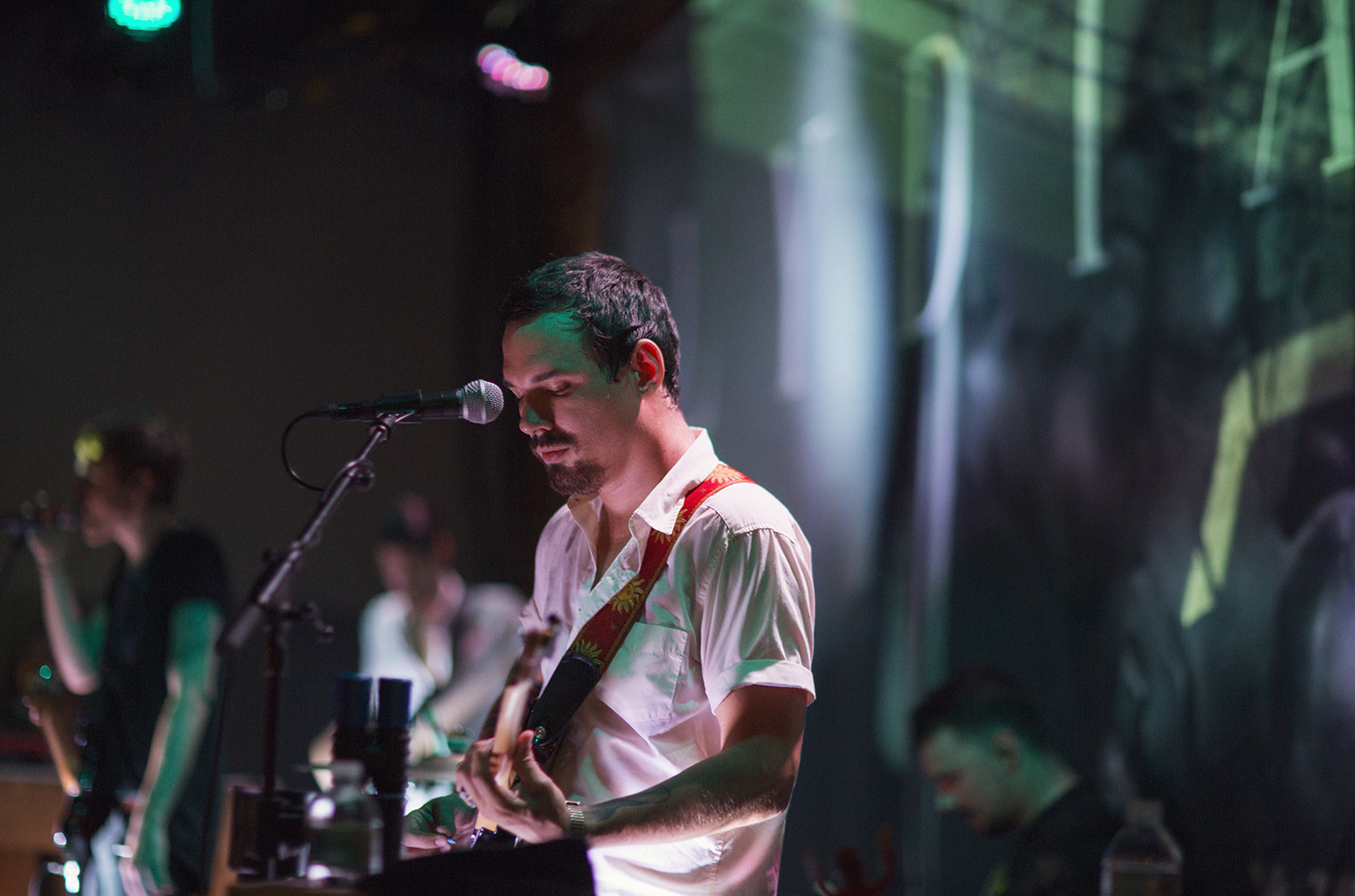 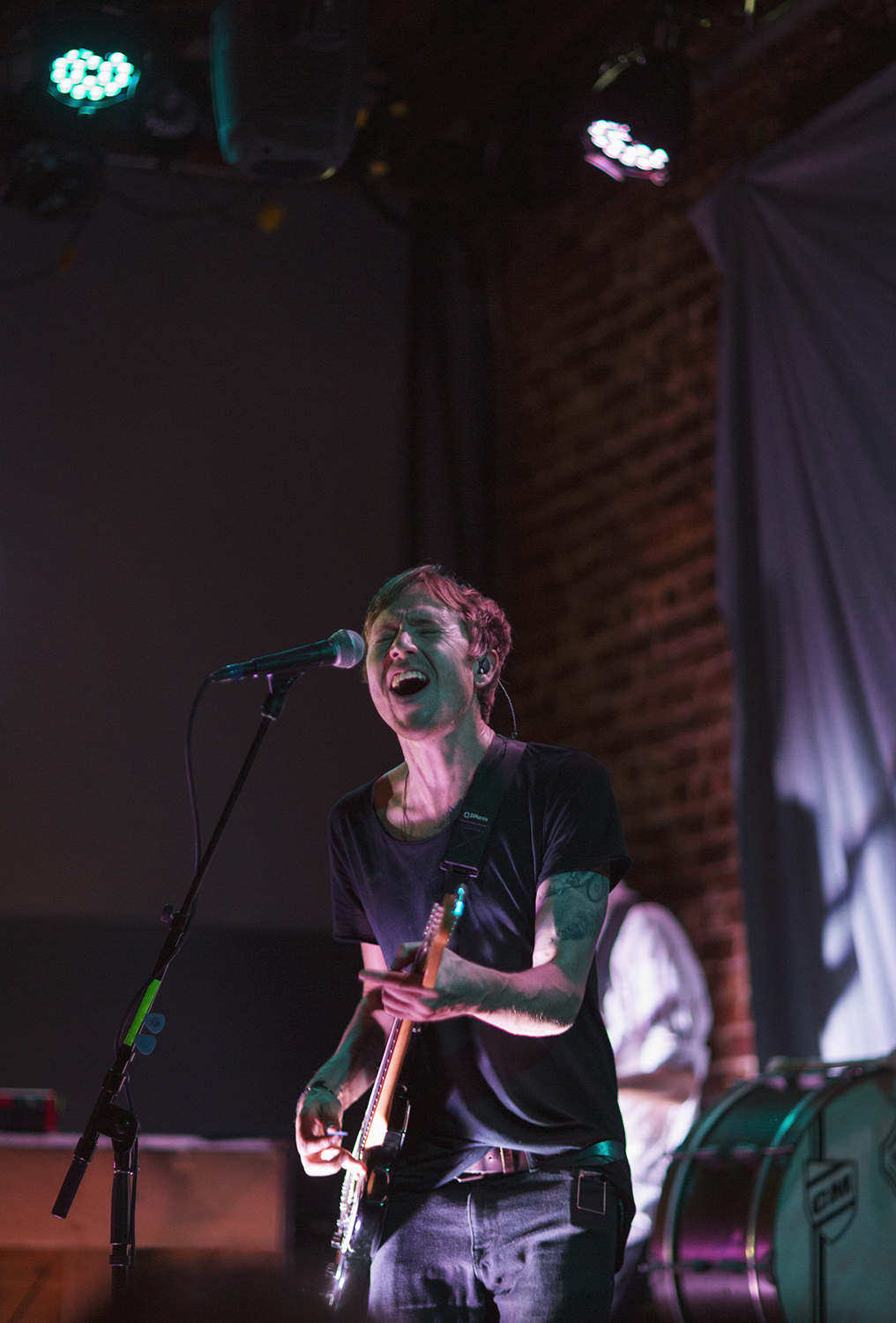 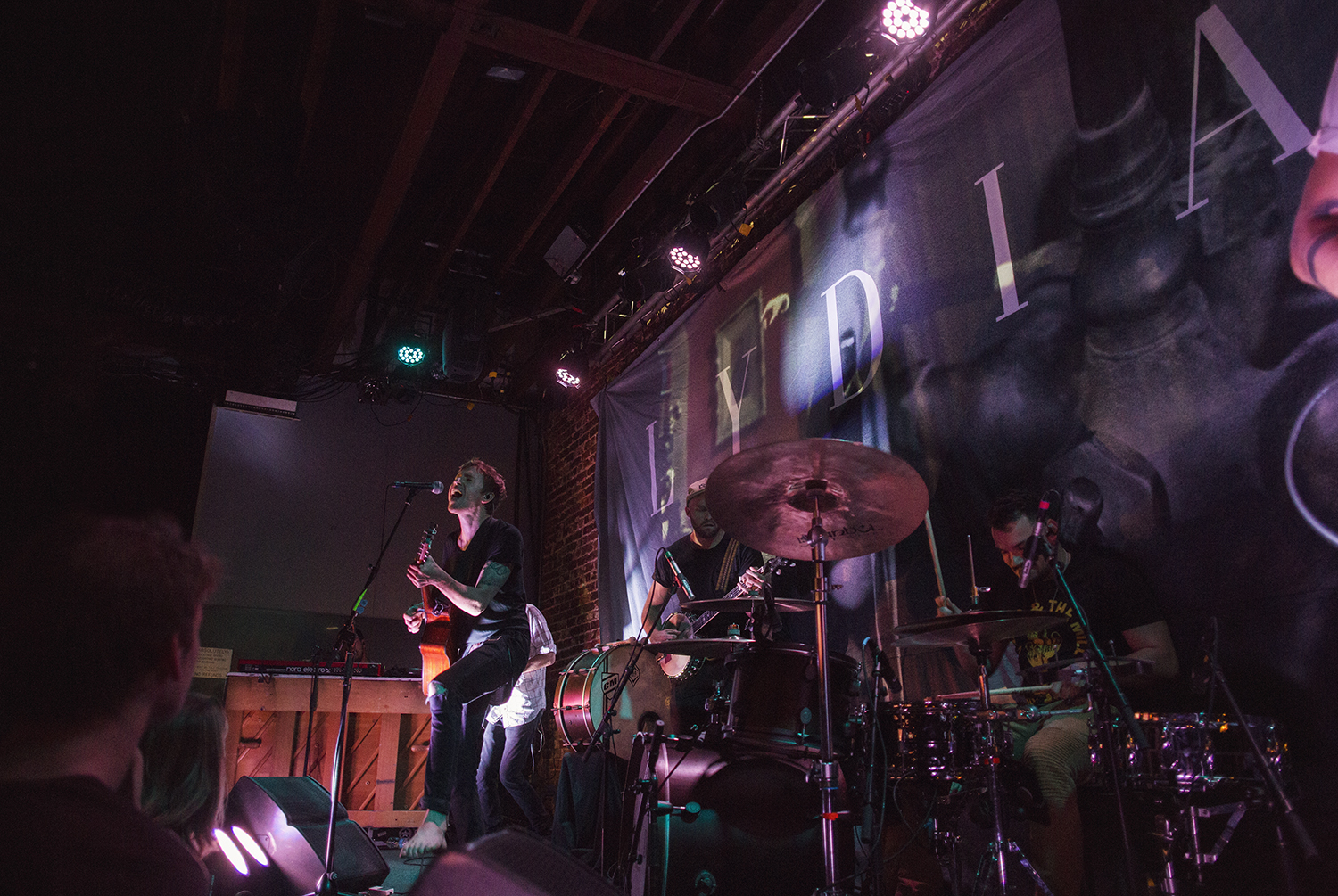 Lydia kicked off the start of their set with an older track “Hospital” from what would easily be one of their most loved albums Illuminate. Resonating immediately with long-time fans in the crowd they joined along with lead singer Leighton Antelman. As the second verse emerged he reached his mic over the audience where nearly every one of us belted out in unison until the song ended.

“We are going to go back old school for a minute” Leighton announced after performing “Sunlight” & “Goodside” from their new album Liquor. They followed with “Stay Awake” another popular hit from their 2008 album and the crowd fell to pieces as this was far too memorable of a Lydia song to not pierce every heart in the room. Following these classics were a few of my personal favorite songs “Riverman”, “When It Gets Dark Out” and “Georgia” from their 2015 album Run Wild. A projection screen was casted over the band displaying vintage movie scenes which was an appropriate pairing to the soft inflection in their music that leaves you feeling comforted from whatever stress may be on your mind. I’ve lost count of how many times I’ve put on headphones to get lost in nostalgia to this album only to end up feeling more like myself again by the end.

They continued to mix up the lineup with a cover of Outkast’s “Ms.Jackson” and it was pretty damn catchy with their relaxed heartwarming tones. “Holy shit Orlando, you all are partying. I hear everyone singing with us, this is a song from our album Devil called ‘Back to Bed’” producer and keyboardist Matthew Keller said as he encouraged everyone to keep singing along through the next set of songs. The crowd followed through each word of “Back to bed” and “Devil” without missing a beat.

For the next song they selflessly invited the openers Jared & The Mill’s banjo player Micheal Carter to come up and play a song with them. Matthew added “This song is called ‘We’ll Never Die’ from our album Devil which is about partying your fucking face off.” Some of the attendees that were scattered across The Social’s bar area started moving closer to the stage to dance as Micheal joined Lydia on the stage. “We’ve got a few more for you guys and then we’ll get the fuck out of your way” Leighton joked with the crowd which was met with laughs with pleas to stay longer. They answered the request with a few more songs from varying albums and closed the night with “Past Life” with an extra added drum breakdown that Chaz Mattison destroyed leaving the crowd screaming in excitement while Leighton added in some extended vocals throughout.

They left the stage with everyone asking for an encore, I say asking but a few were more attune to screaming. After a few moments they obliged and joined us again “You know were coming back for more right? We are not fucking kidding with you, you guys are way to amazing not to. You asked for one but we are going to give you three”. The crowd was roaring the bricks loose while they played “Way Out”, and another one of my all time favorites that completely melts my heart every time I hear it “The Exit.”

The real finish to the evening was when Leighton said “You’re going to want to really get your singing voices out for this one, this is called “Twice Now”. Lets finish this off right!” Matthew added “I want to hear you real loud, really fucking loud”. Louder than on any previous song we all joined in and never missed a word on the few times Leighton put the mic to the crowd again. “Fuck yeah, you guys are fucking beautiful” he added through a wide smile before leading us through the rest of the song. They parted with “Come get a drink with us, say hi, let us be your best friends tonight” while they met fans and took pictures in The Socials casual setting easily making this a night none of us will forget. Proving once again, no article can truly capture the magic that is Lydia. 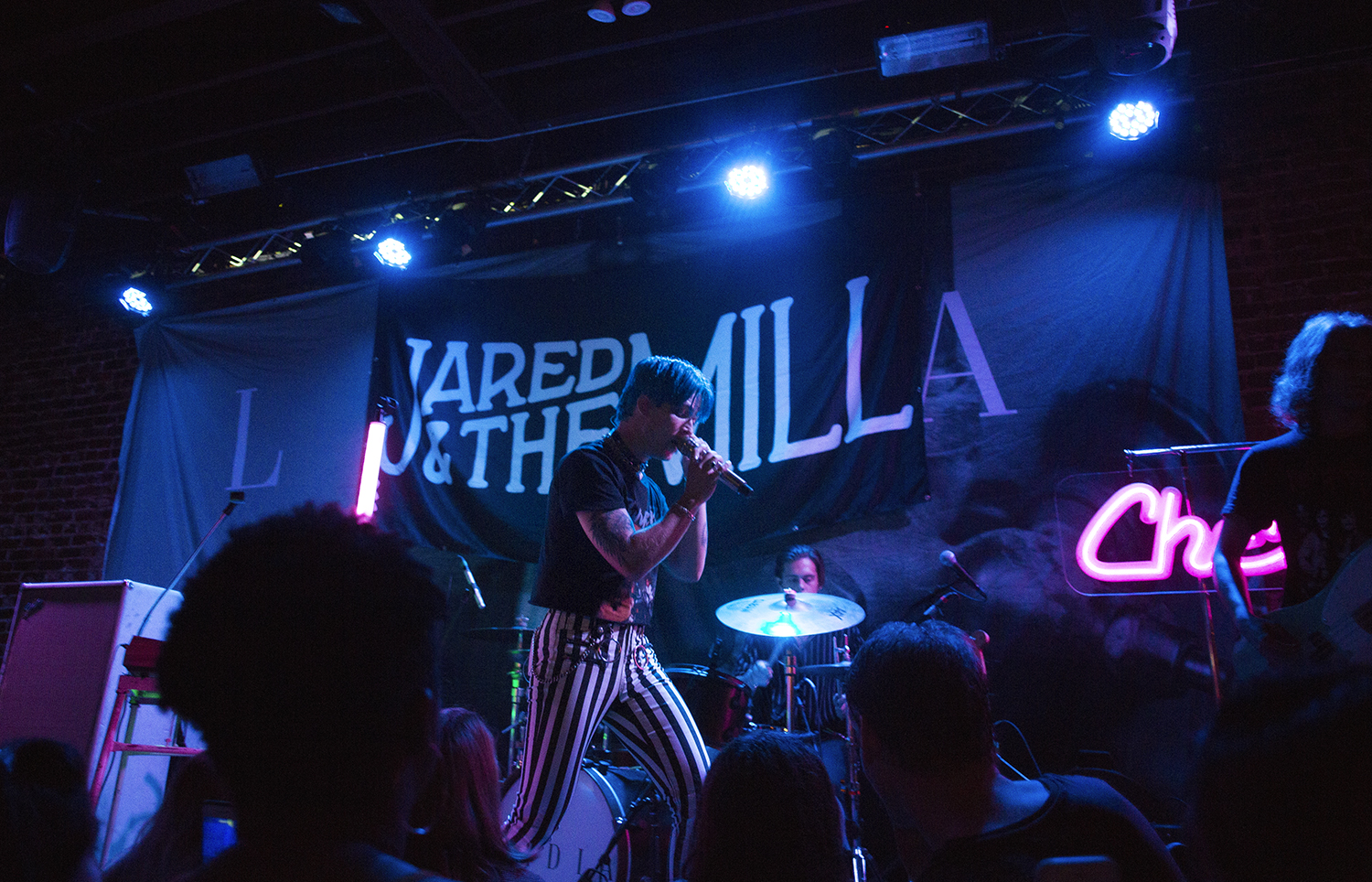 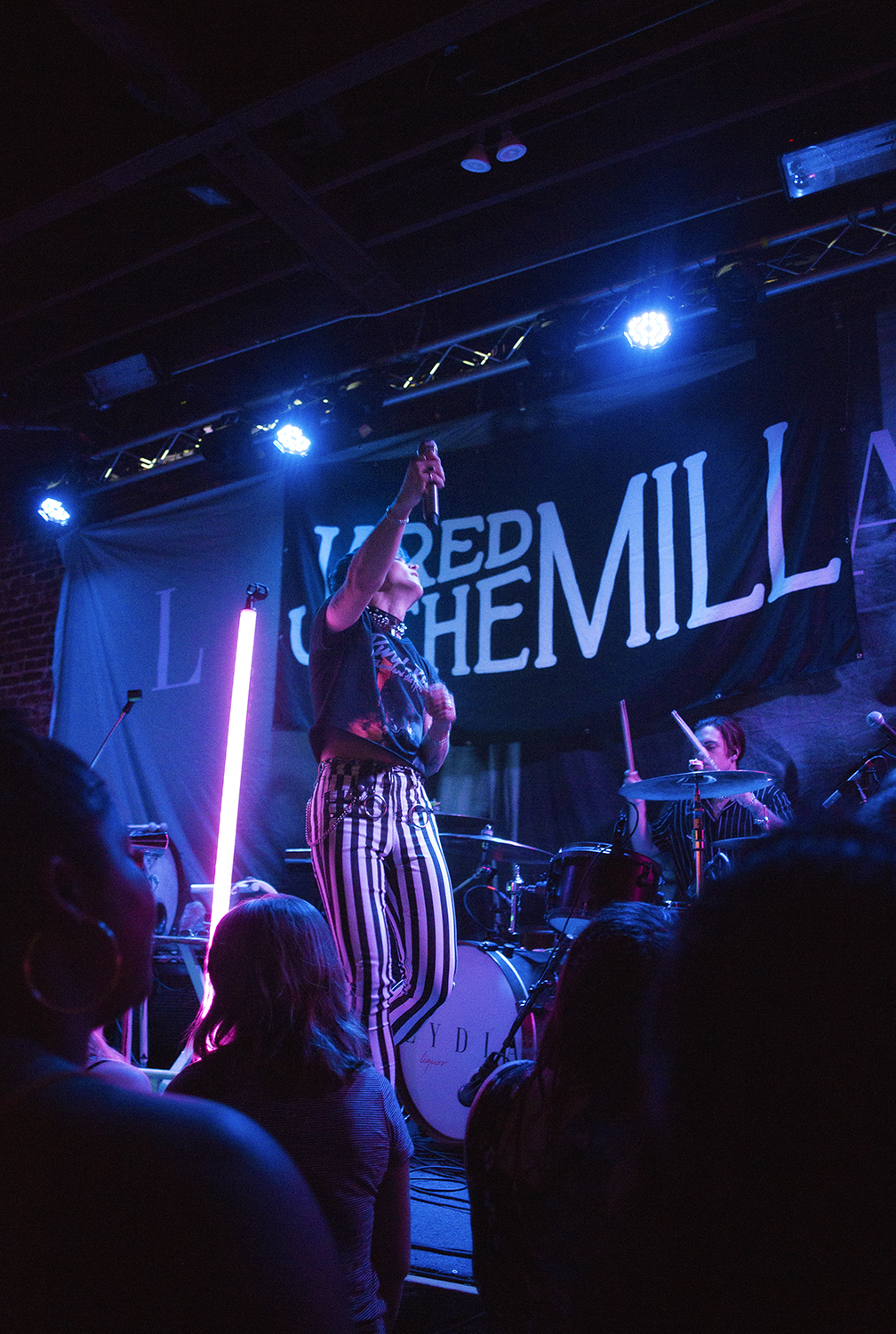 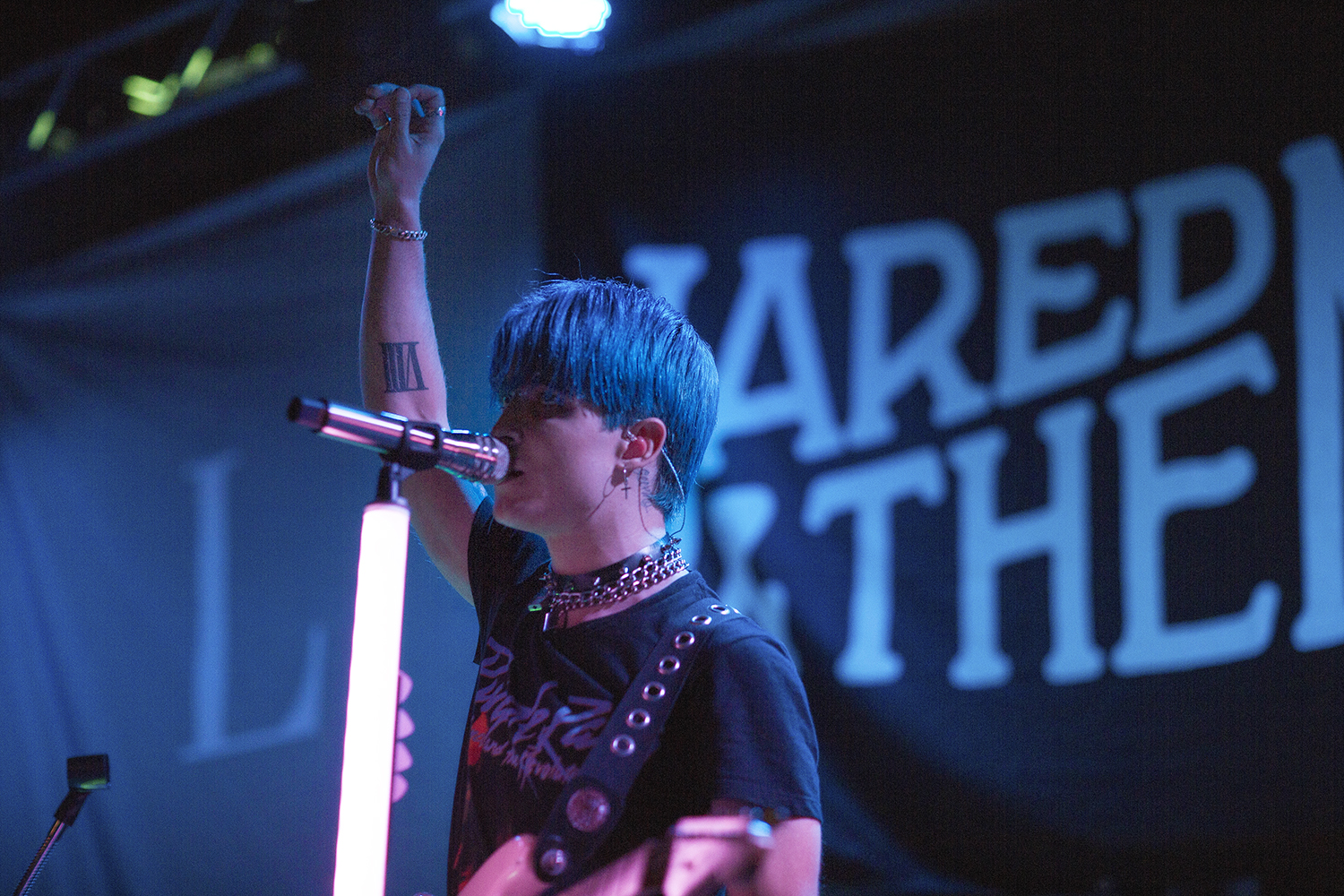 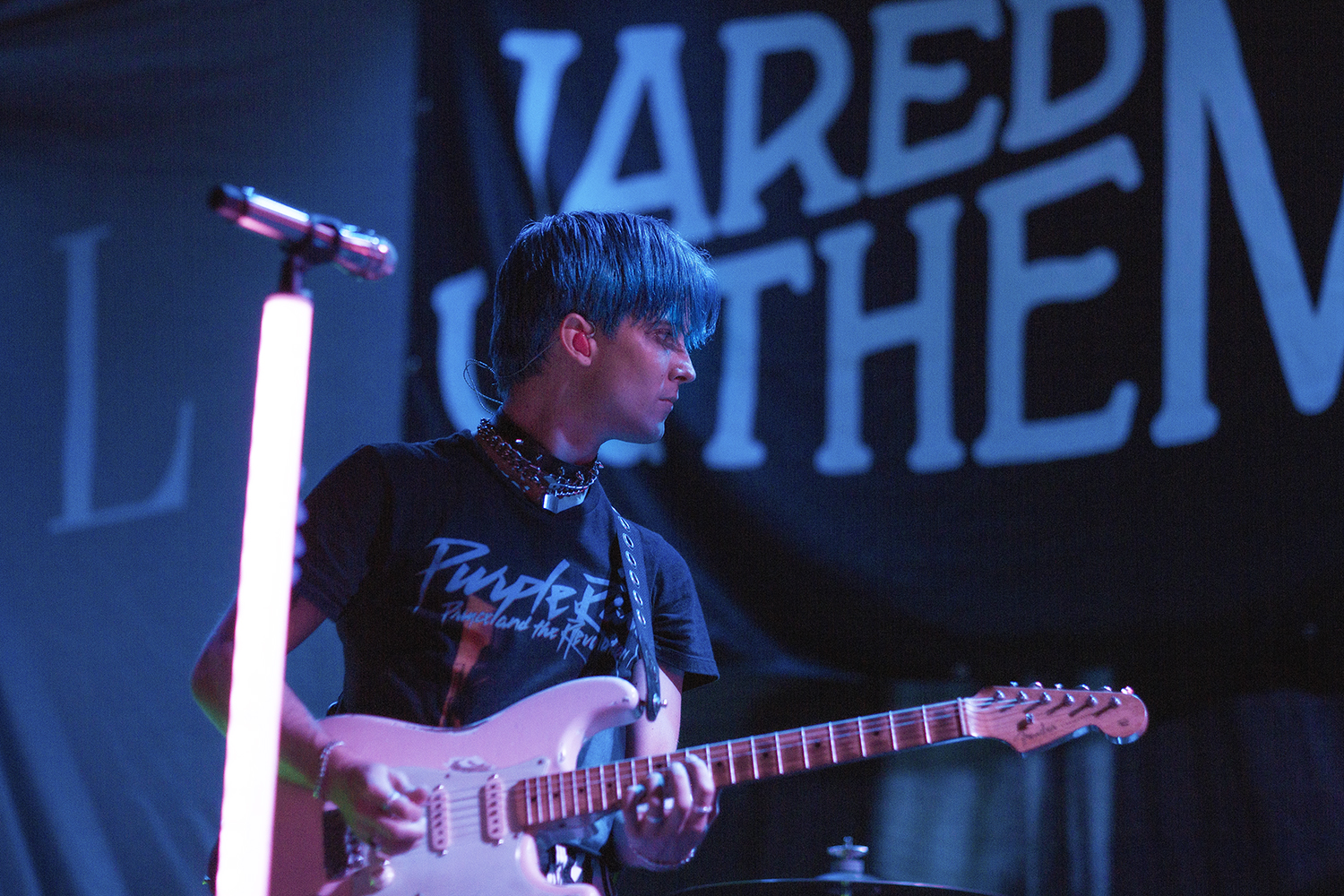 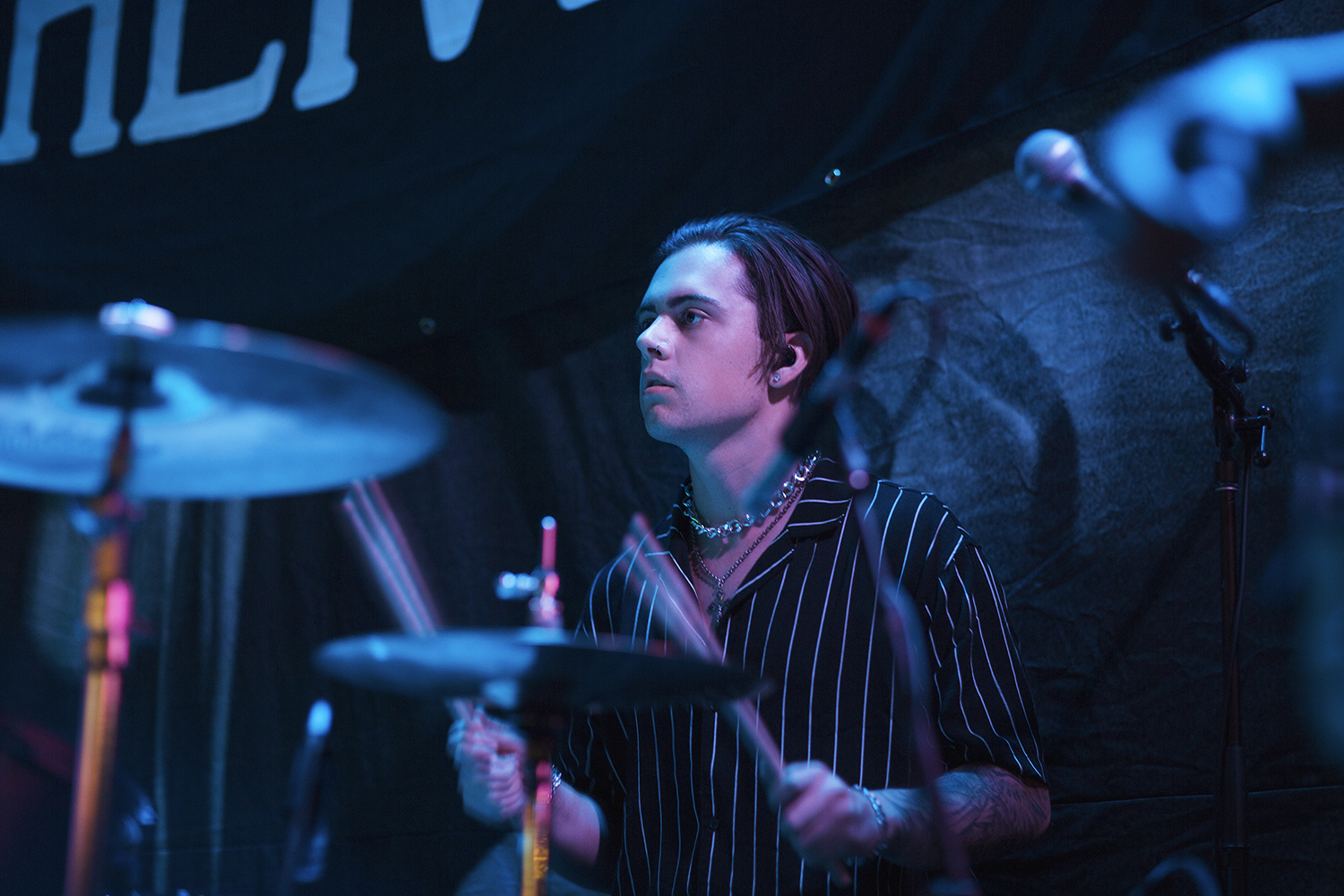 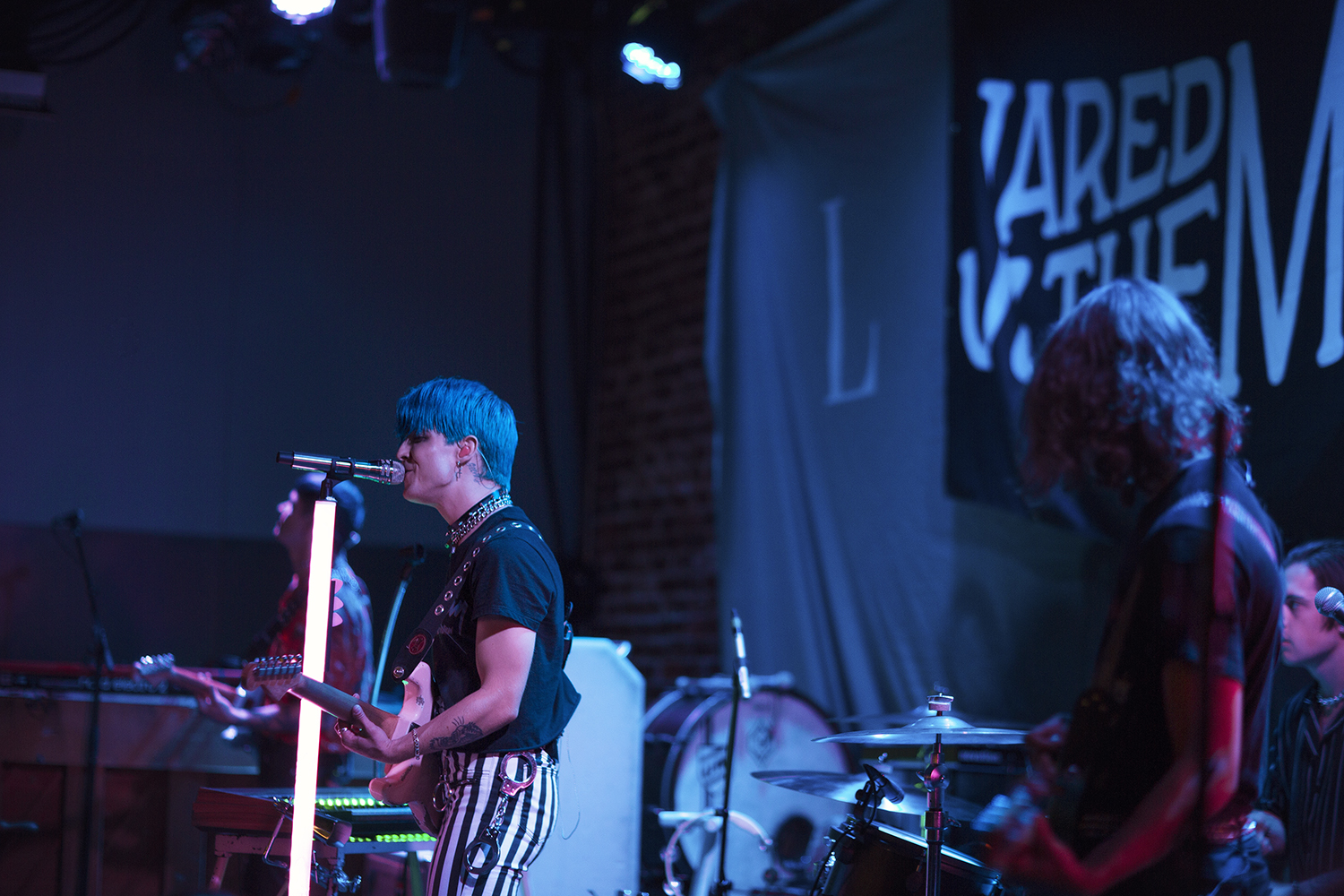 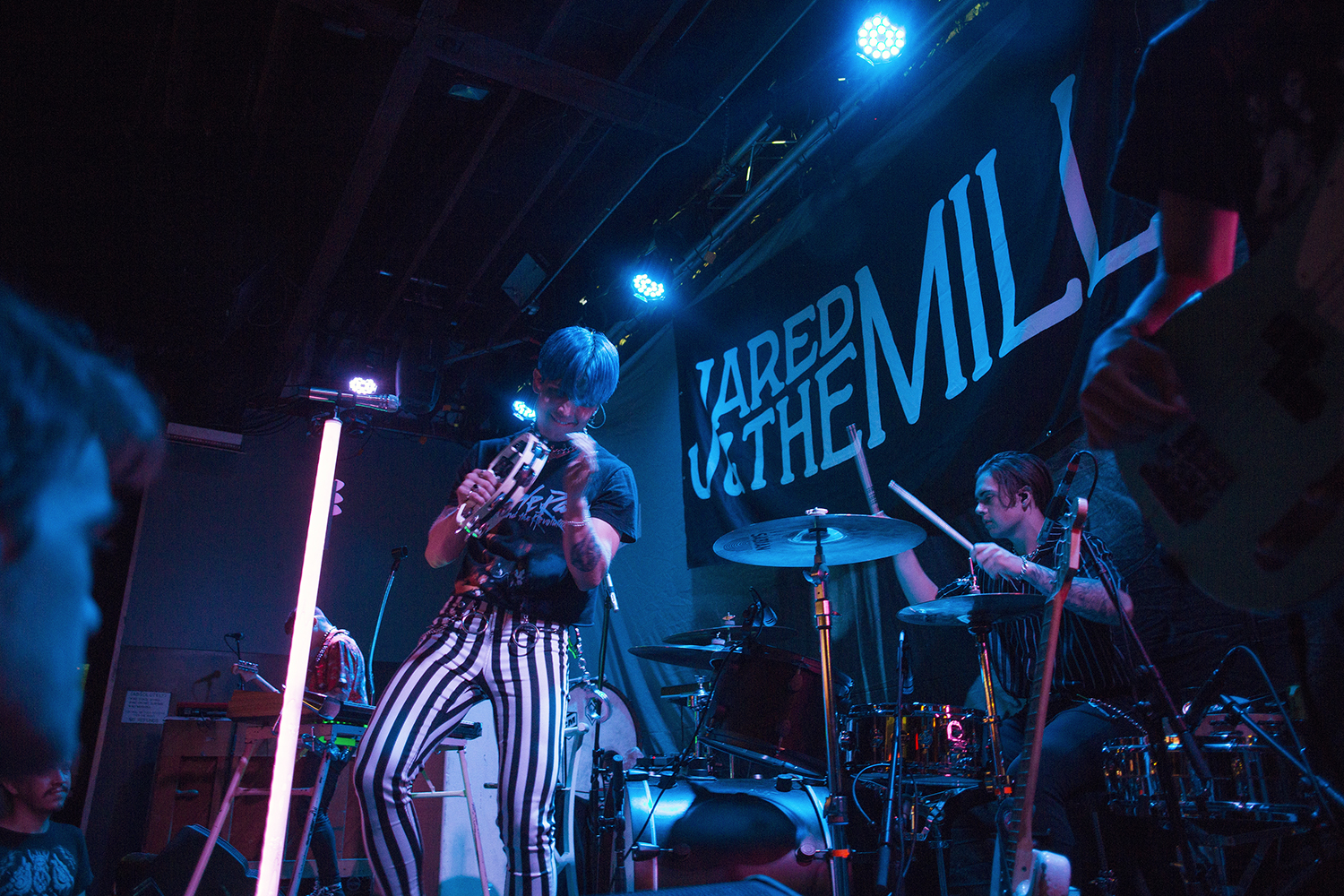 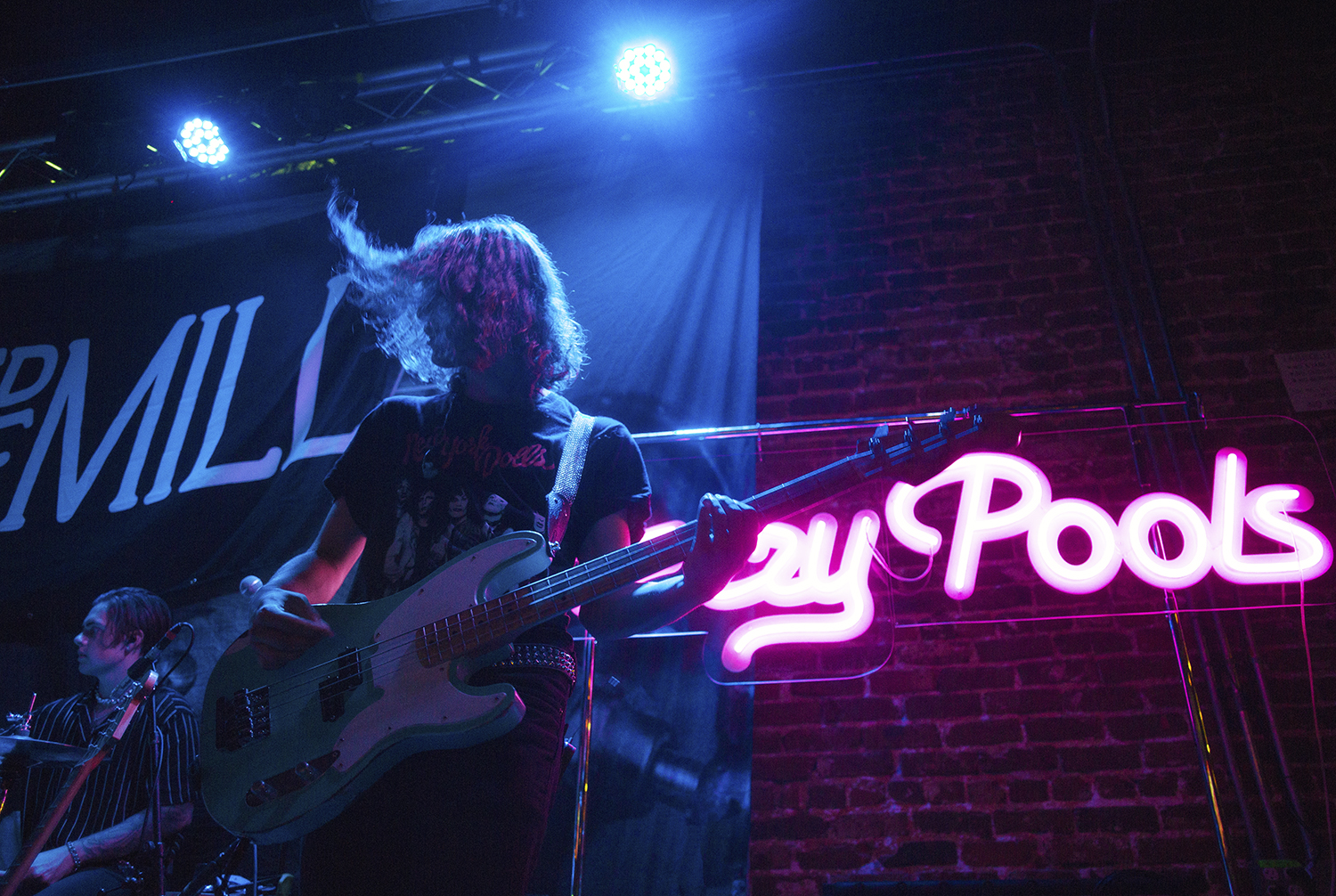 The concert began with Cherry Pools as the first opener with their energetic and slightly retro feeling tracks like “Forever Young”, “Hollywood”, “Are You In Love” and a cover of “The Boys of Summer” by Don Henley (creativity altered to “Girls of Summer ” while performing). I was impressed by how much I enjoyed their vibrant stage presence and how their contagious energy got everyone excited for the upcoming acts. 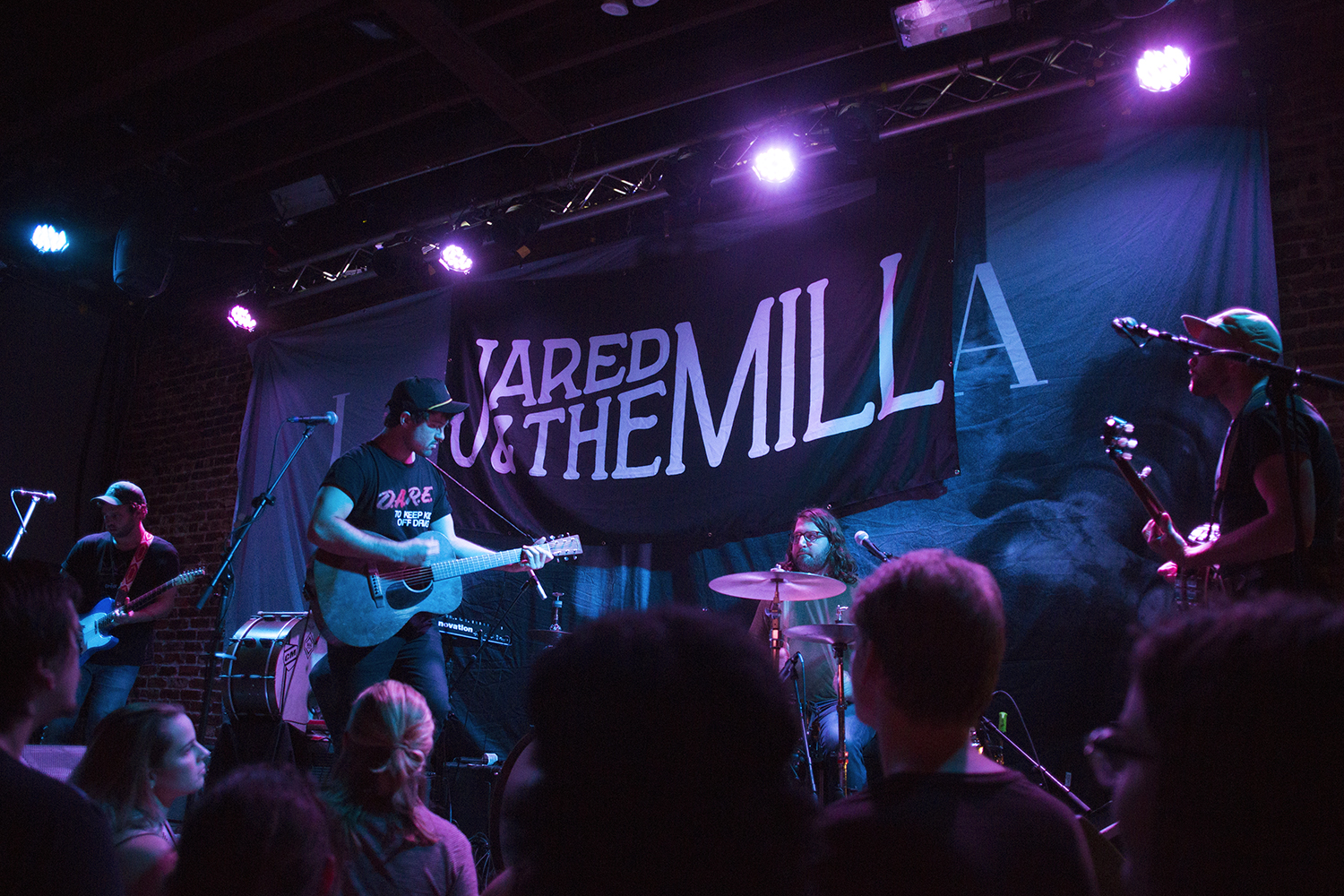 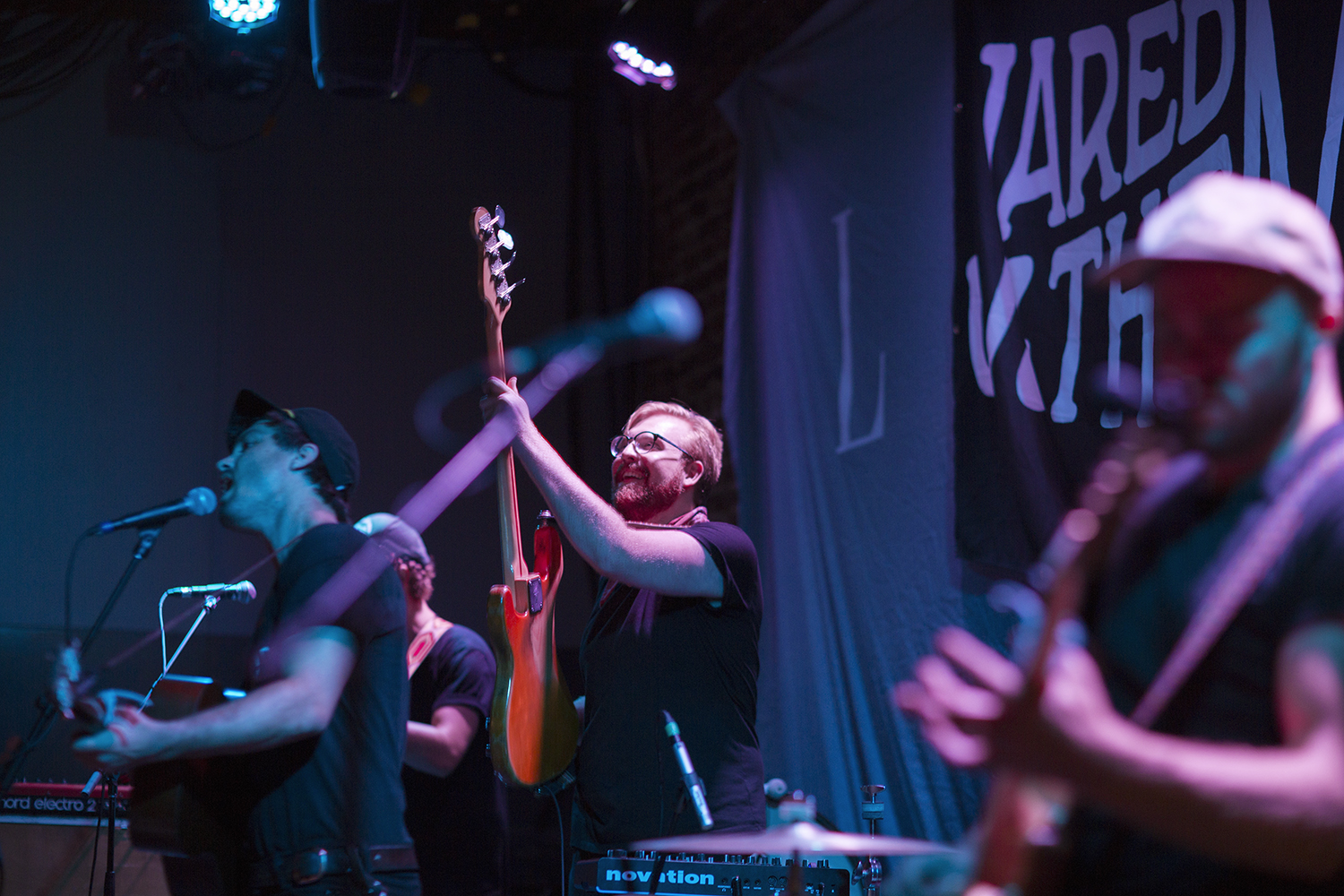 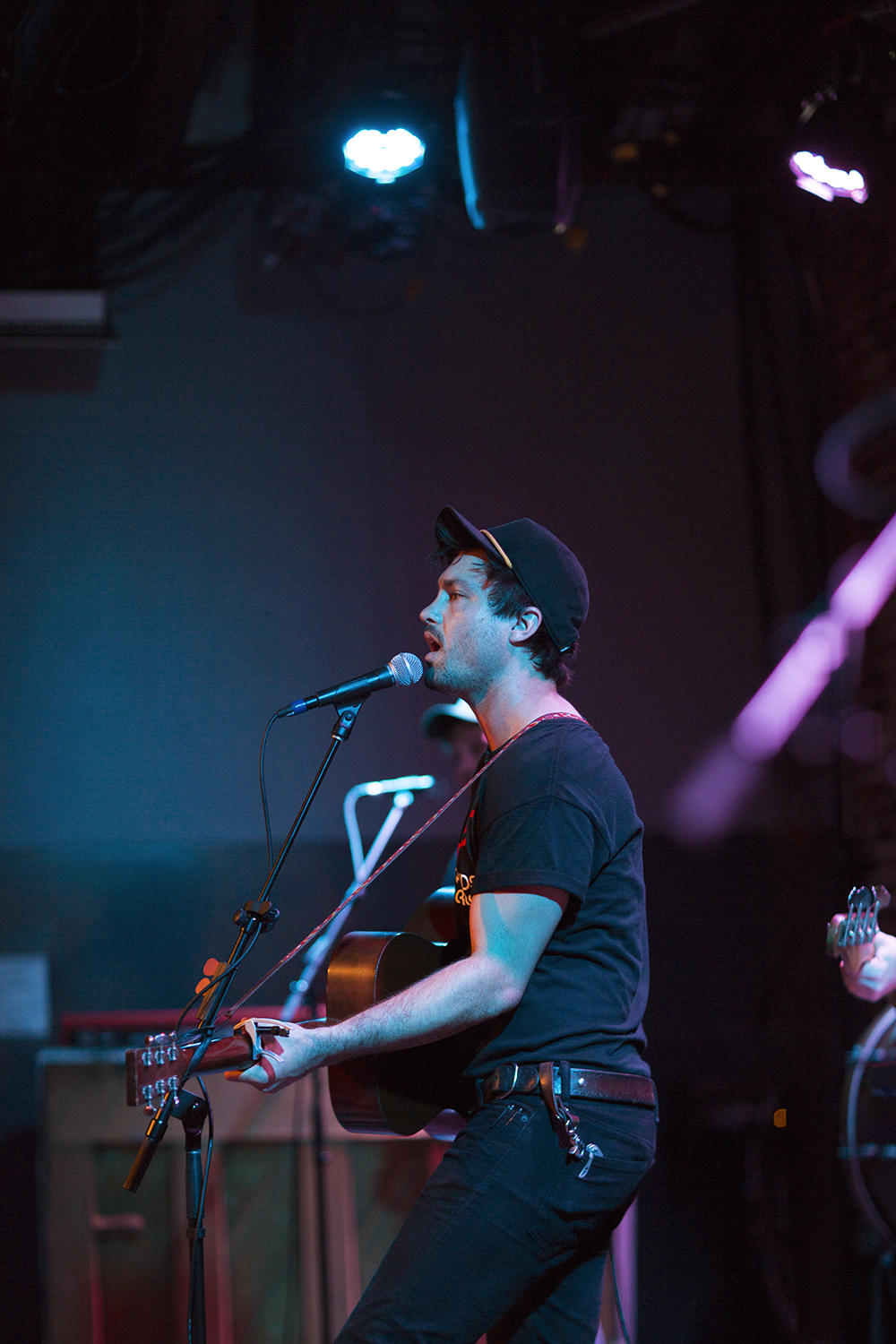 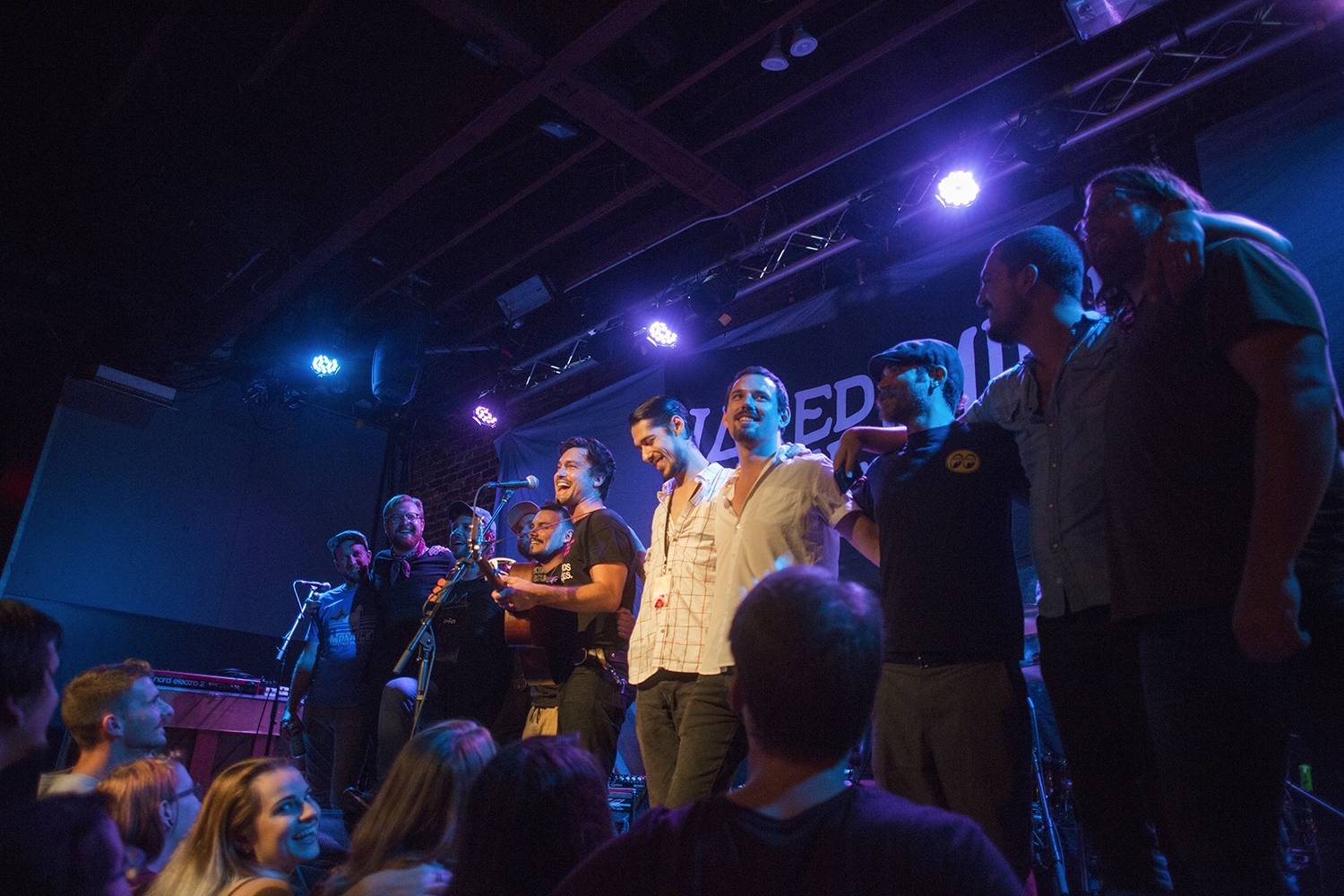 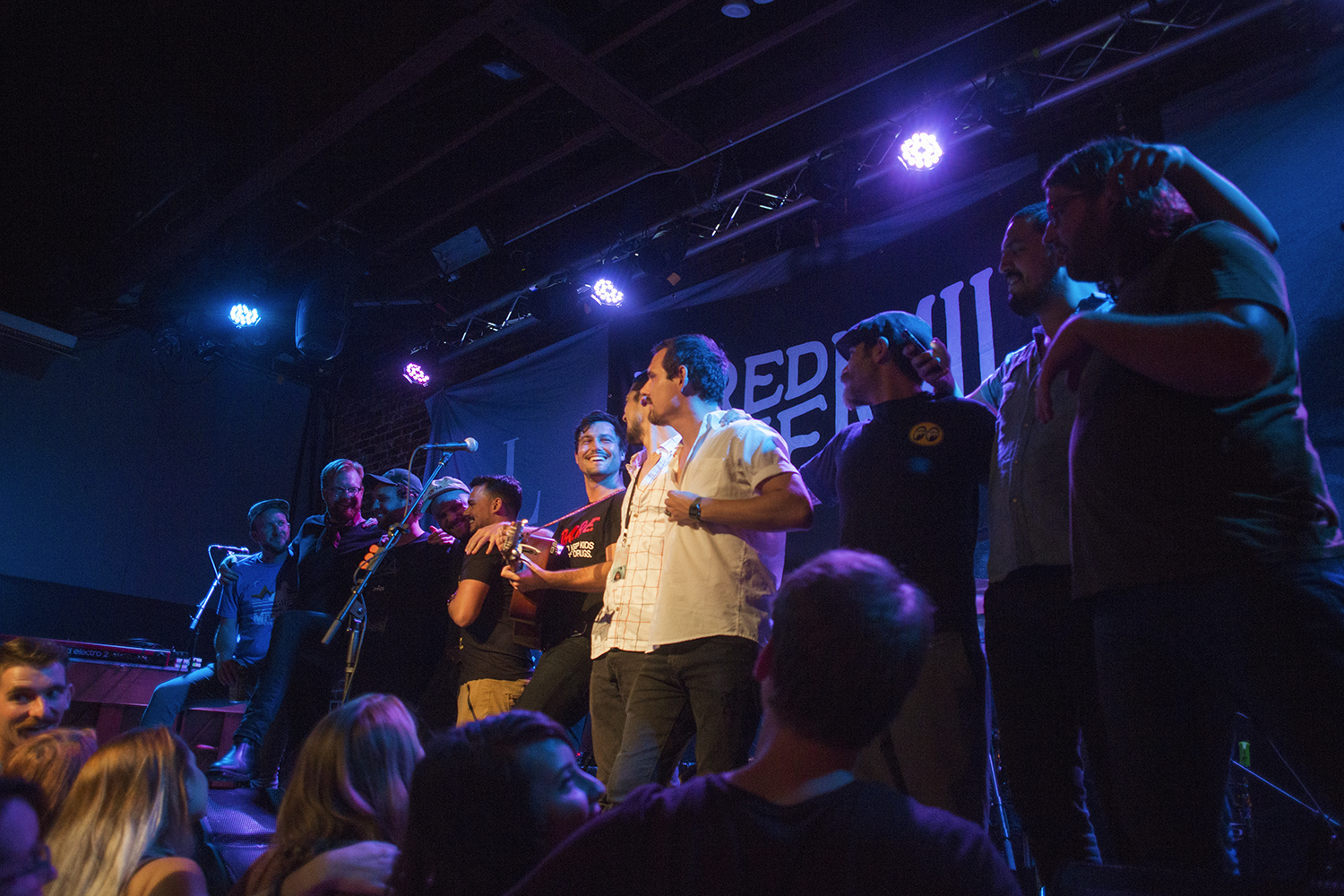 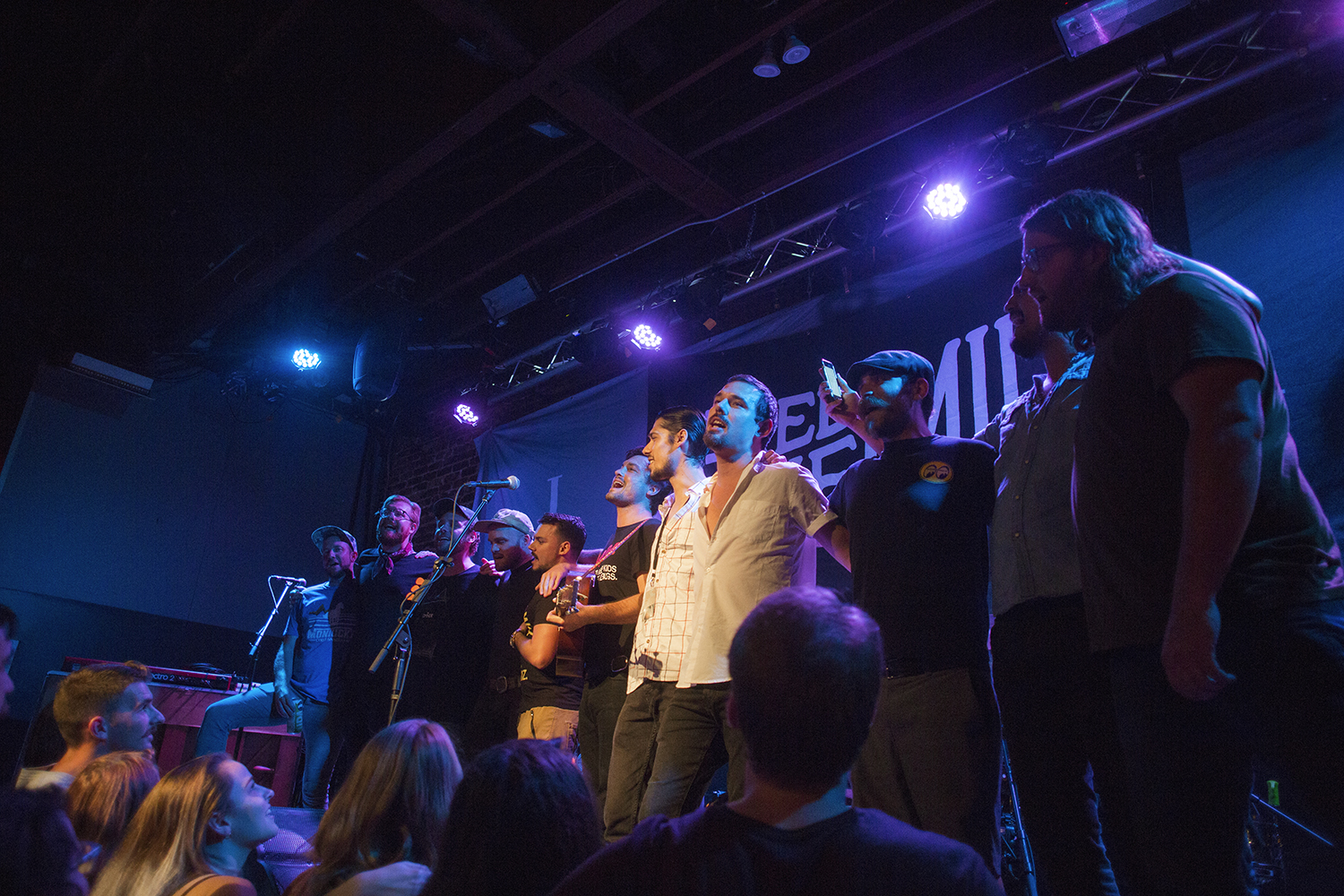 Jared & The Mill was a band I had never heard of before this tour, and thats a disappointing fact since they were a powerhouse live. Jared Kolesar pours a soulful voice into this Western Indie Rock band composed of the most light hearted and happy performers I’ve seen. Between songs like “Still Alone”, “Ghosts” and “Soul In Mind” they were joking around and clearly loving every moment performing. “Look to the person on your right, and your left and I don’t care if you know them or not I want you to put your arm around them” Jared said while motioning headliner Lydia up to the stage and they all finished singing while embracing each other. My favorite from their set was “Lost, Scared and Tired” that the entire band completely nailed live and from the sounds of the audience everyone agreed.