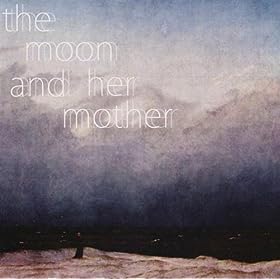 The Moon and Her Mother: The Moon and Her Mother
Fresh to Chicago and the world of music is Aaron Wallace. Wallace recently released his first album under the name The Moon and Her Mother. The self titled album dropped February 9th of this year through Authentik Artists.
Wallace self-produced the entire album collaborating occasionally with former roommate Adam Stidham, the front man for Civalias. With the modern day tendency for people to have short attention spans, Wallace puts together eleven tracks that can very well keep a listener tuning in.
The Moon and Her Mother’s sound can be described in three words: pop, folk, and experimental.
Tracks such as “The Red Dove” and “In Vacuum Tubes” are poppy to say the least. I could certainly see national radio play these songs, and the only way to say they were bad would be for them to become annoying by joining the continuous loop of songs that national radio play has become. Influences for Wallace are The Beatles and Oasis, which could be heard on the poppy tracks. But I would also compare them to songs by Colplay.
Tracks like “Strong City” and “Numbers” put forth a Radiohead feel with their more experimental arrangements. Particularly “Numbers” stands out with its slightly strange cycle of music. In the middle it even breaks down a bit into a waltz-like beat that leaves the track fresh.
“Televangelists” and “Pneuma” can both fall into the experimental genre. But they also show The Moon and Her Mother’s folksy side. Its not to say that Wallace’s lyrics aren’t all doing a bit of storytelling its just that his folksier side strips away the multitude of instruments the other tracks contain. This leaves more of an intimate feel to Wallace, reminding you that he performs what I assume to be the whole album by himself.
The Moon and Her Mother is a great listen. That’s what we should come to expect from someone who would self-produce an entire album. No backup band to help out or producer mean you have to do everything on your own. Wallace is extremely talented, and The Moon and Her Mother showcases just that. So, for fans of M.Ward, Oasis, Radiohead, and the like, The Moon and Her Mother will not disappoint.
Rating: 8.6/10
MP3: The Moon and Her Mother “In Magazines”
Buy: iTunes