It’s 7:30pm and I’m power walking to the Xfinity Theater in Hartford, Connecticut. I should have already checked in with security, but I’m still 20 minutes away from that point. As I dodge meandering concert goers carrying lawn chairs, I pick up the pace. My parents taught me at an early age the importance of punctuality and it is driving my anxiety through the roof that I’m late. I had been warned ahead of time that traffic has become a nightmare in Hartford. The combination of a concert and a Hartford Yard Goats baseball game has created such a back up on the highway, calling it a nightmare is being kind. Thankfully, the staff at the Xfinity Theater was completely organized and knowledgable, and I was pointed to the right directions with all of five minutes to spare to set up my equipment before Joe Walsh took the stage. 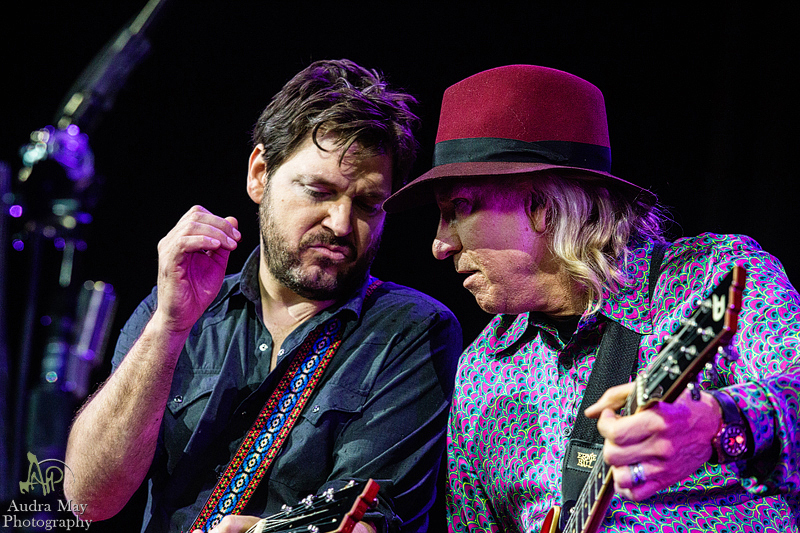 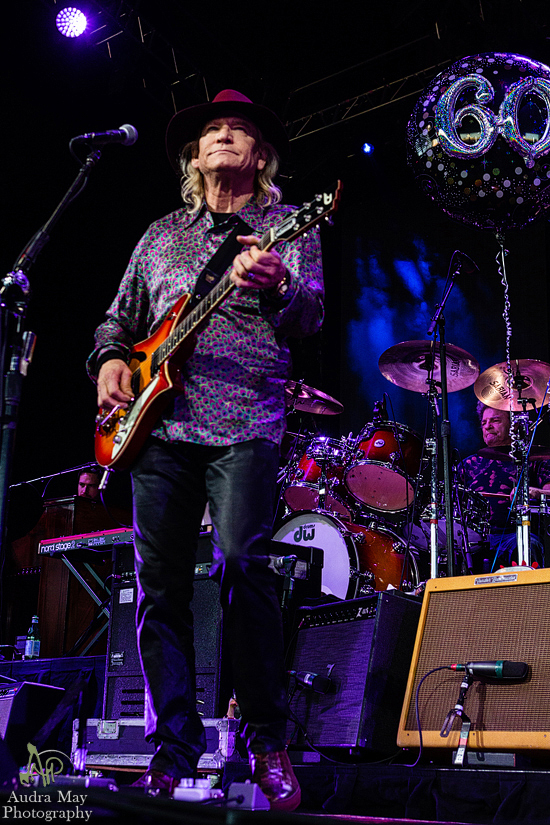 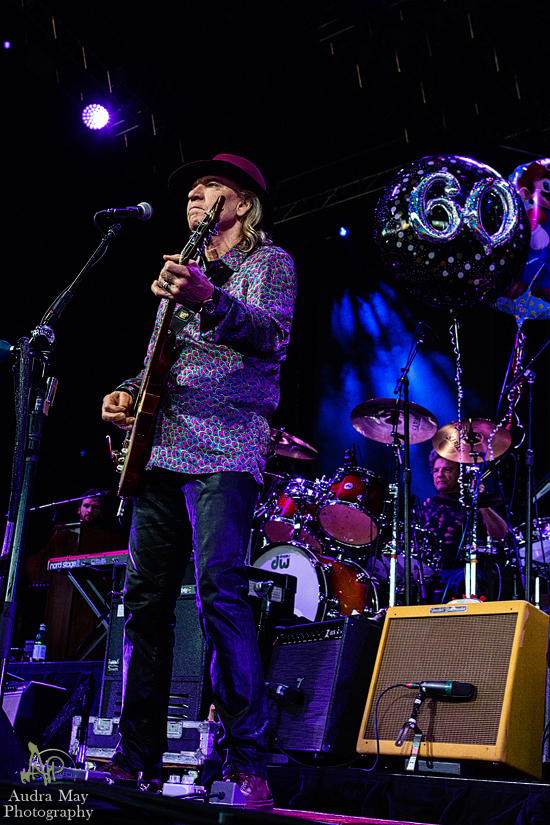 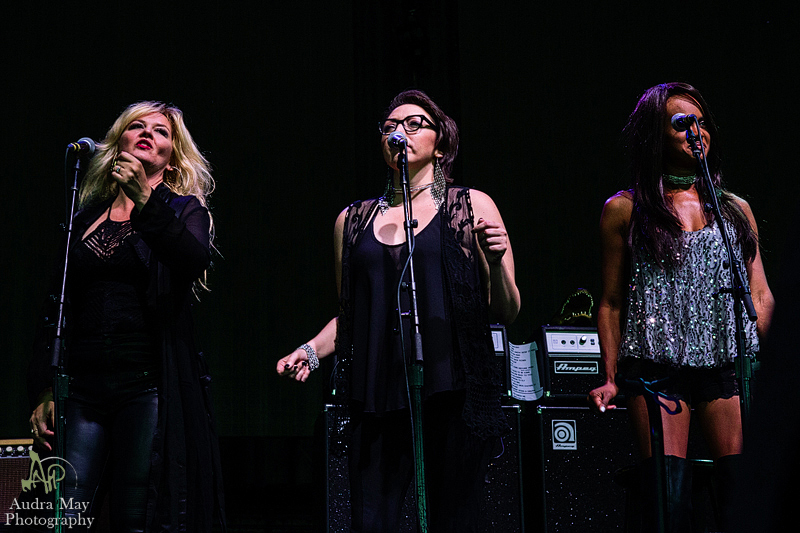 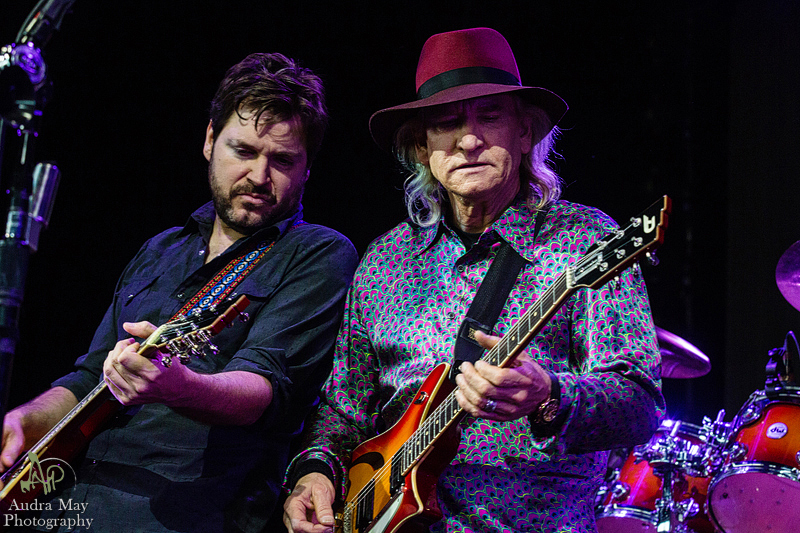 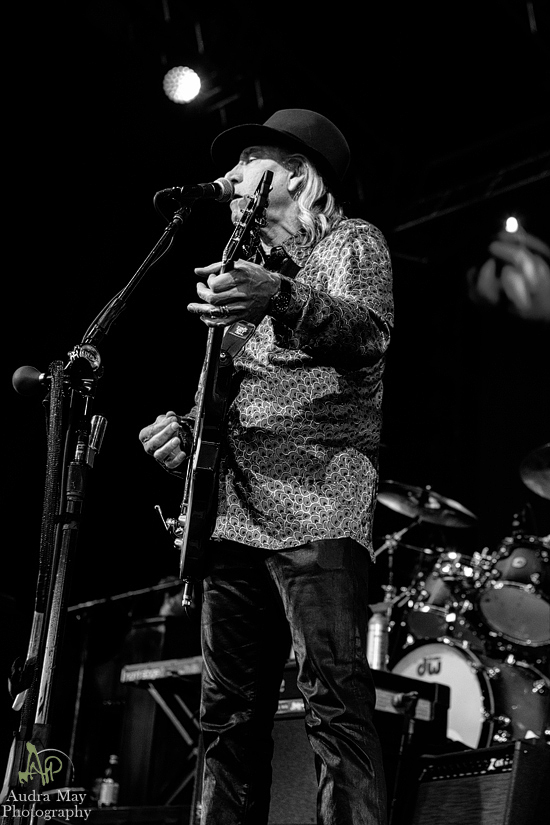 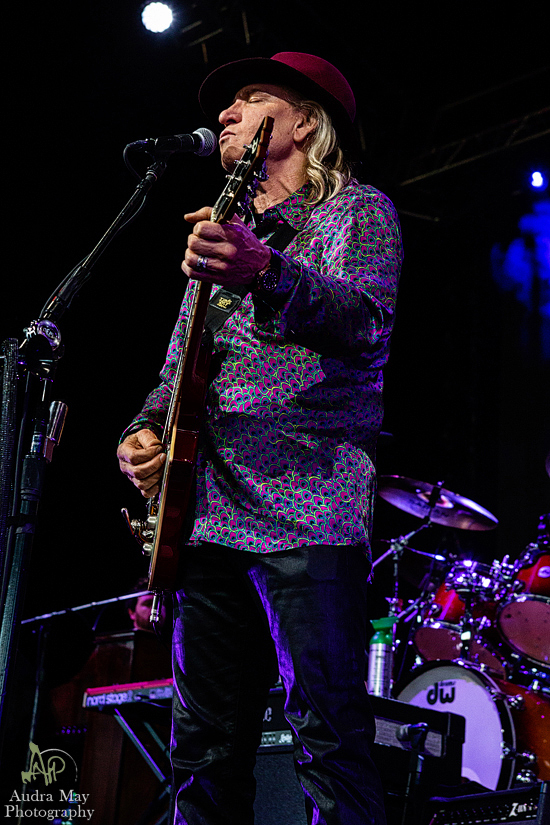 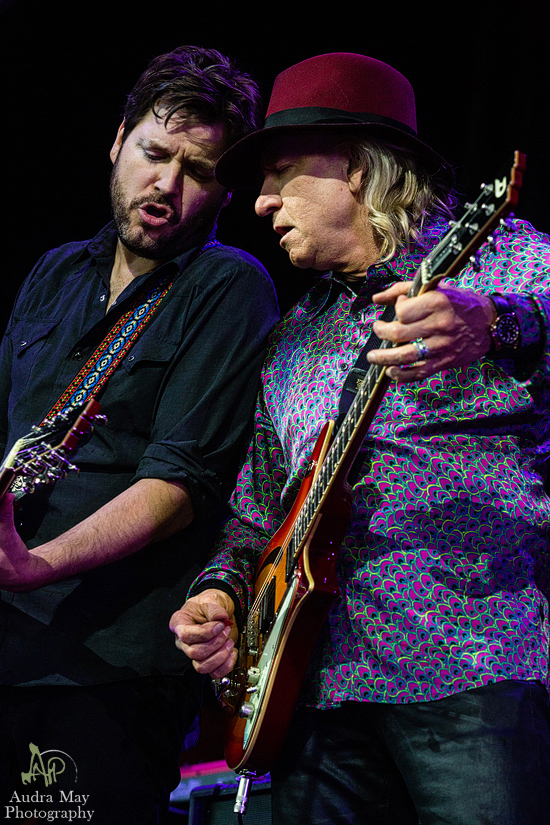 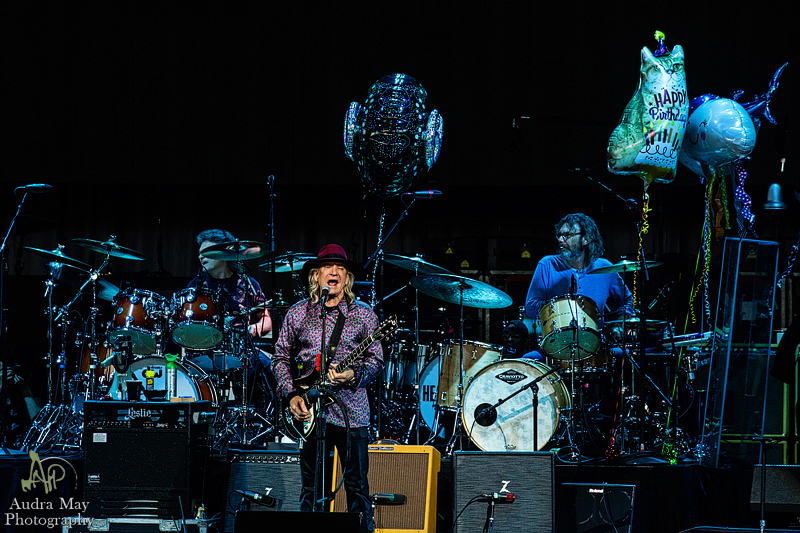 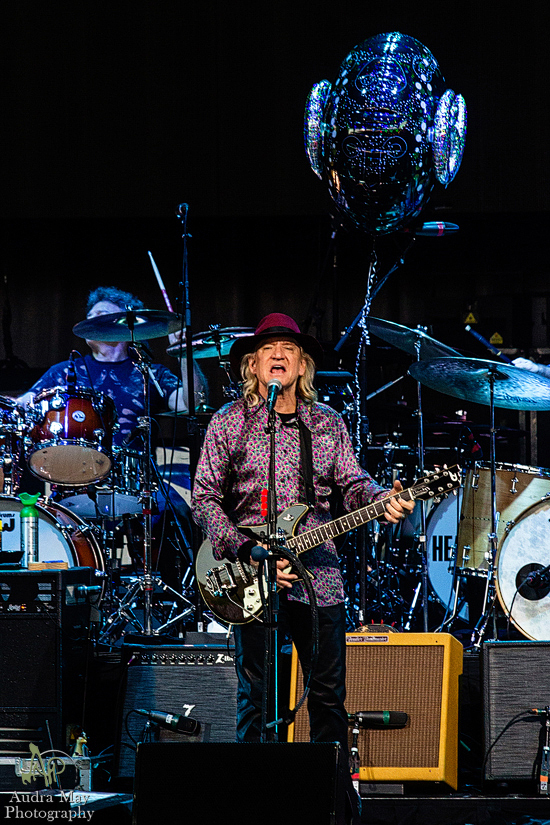 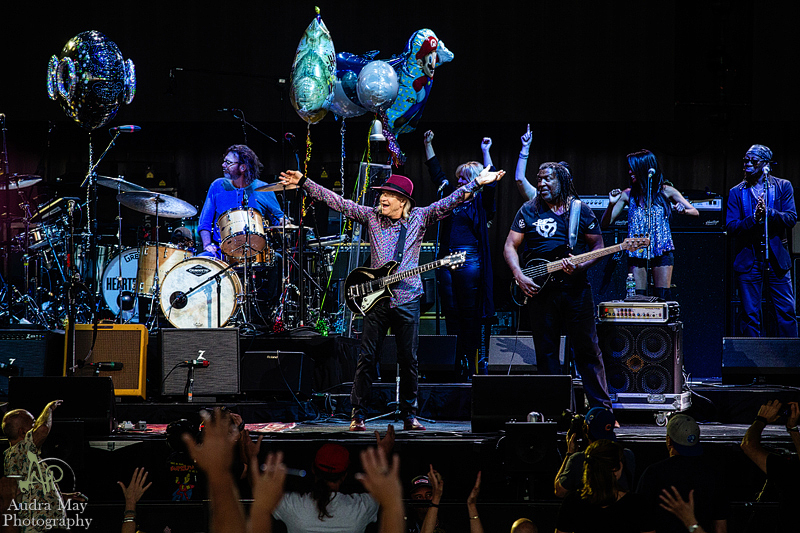 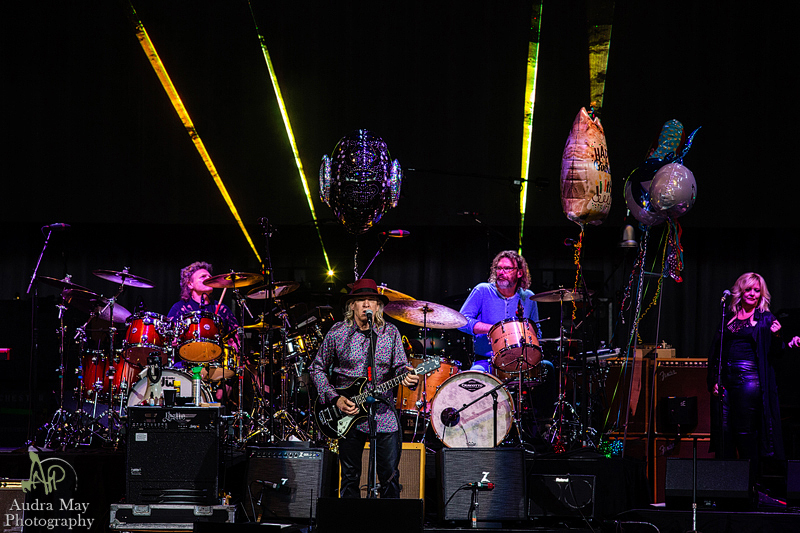 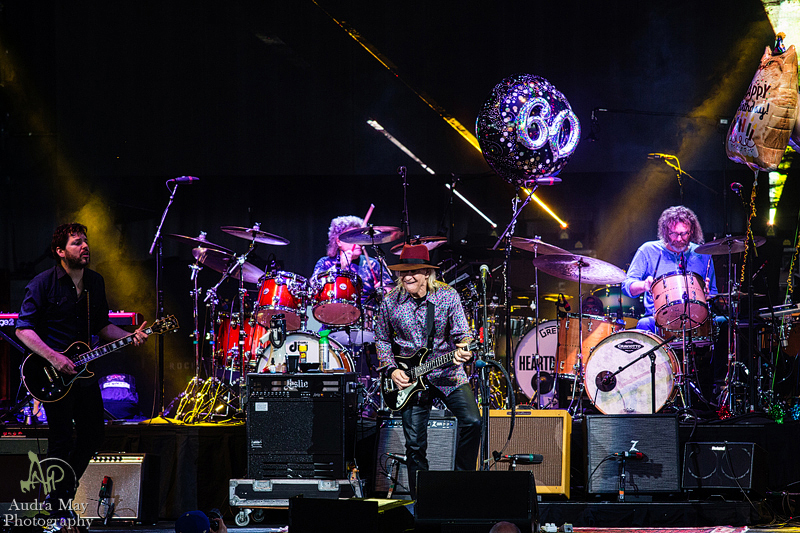 The audience was sparingly scattered throughout the amphitheatre for Walsh’s set. Not to harp on the traffic the entire review, but I heard from several staff members that they were getting angry calls from people trying to get to the venue that were stuck for over an hour still on the highway. The lack of people in their seats was noticeable to me. Walsh’s ten song set consisted of songs from his solo career, a couple from the James Gang and an Eagles song, “Take It to the Limit.” Spattered throughout the set were some memorable bits of banter. Walsh commented that there were a fair amount of teenagers and twenty somethings in attendance and apologized to them for having to listen to his music growing up; joking that he was the reason they were different from other kids. He also teased that all of his groupies were great grandmothers these days. Walsh can still rip out a mean guitar solo and bound across the stage with the best of them. There was a serious laser light show going on behind the stage, complete with a giant disco ball projecting colors onto the amphitheatre ceiling. I’m not so sure the crowd on the lawn would be able to appreciate it, but it was fun. Near the end of the set, the audience was on their feet, singing along to “Life’s Been Good” and “Rocky Mountain Way.” It was an energetic hour long set from Walsh and company.

A gigantic screen projected the image of guitars and amps behind the stage. After an ample amount of time to hit the bathrooms and refill your drinks, Tom Petty and the Heartbreakers waltzed out onto the stage. There were waves and smiles all around for several minutes of applause and cheers. Petty announced that they were going to open the night with the first song off their first studio album, “Rockin’ Around (With You).” Apart from a few songs scattered throughout the two hour set, “Forgotten Man from Hypnotic Eye,” “I Should Have Know It” from Mojo and “Walls” from the She’s the One soundtrack, it was essentially a Greatest Hits concert. In no way am I complaining, it made for a fantastic sing along experience and allowed for the band to rock out solo after impressive solo. Petty’s voice is still strong and he dances around the stage with a sly smile slipping across his face as he makes eye contact with the crowd. The band is flawless and with the addition of back up singers the Webb Sisters, the harmonies missing since Howie Epstein’s departure are filled in.

There was a mid-set trio of songs from Wildflowers: “It’s Good to Be King” with epic guitar solos from Mike Campbell, the somber “Crawling Back to You,” which I was thrilled to hear live, and an acoustic version of “Wildflowers.” The first time I saw Tom Petty and the Heartbreakers was during the Dogs with Wings Tour in 1994, so this was a wonderful throwback to that experience.

Above the stage, white globes extended down on a pully system that fluctuated in both color and position. To be honest, I hadn’t noticed them at all while I was taking photos in the pit and during the concert, I felt like they were just blocking the images being projected on the big screen. The screen switched between live video feed of the concert, which lead to some strange photos of giant band members looming behind others that I was photographing, to interesting artwork to some pretty cheesy stock photography and video clips. At one point, it resembled the closing scene from Gladiator where Russell Crowe walks through a field to his family so much that I broke into laughter at the randomness of it. There’s really no need for it; watching these musicians perform is art enough. I could watch Mike Campbell and Benmont Tench trade solos all night long and never become bored.

This was the third time I’ve seen Tom Petty and the Heartbreakers perform, and they are just as good as I remember from my teenage years. They put on a set that kept me, and the majority of the audience, on my feet the entire night. My only complaint, not counting the silliness of video footage behind the band, was the venue. After a half hour of the slow mob filing out of the arena and a three kilometer walk back to my car, it took another 45 minutes before I even started my car. The free parking lot was an absolute calamity with no direction and nowhere to go. Maybe I’ve become spoiled with the ease of New Haven concerts, but all that time wasted in traffic arriving and leaving the venue is not worth it. The staff at the Xfinity was wonderful, but I’m not going there again anytime soon.